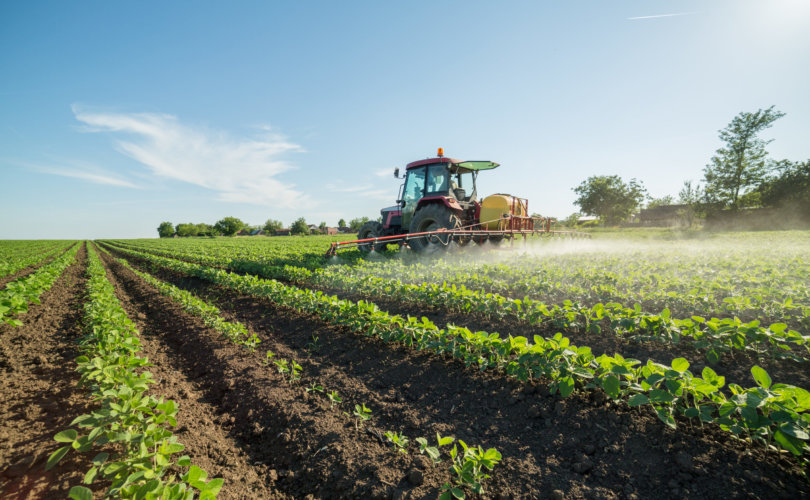 (LifeSiteNews) – Premiers from Canada’s three western provinces, which are responsible for growing most of the Canadian wheat that feeds millions, have said they outright reject a plan by the federal government of Prime Minister Justin Trudeau to curb fertilizer use by 30 percent.

“Our response to the federal government’s 30% reduction on fertilizer usage is ‘thanks, but no thanks for Saskatchewan,” tweeted Saskatchewan Premier Scott Moe yesterday.

Moe tweeted in late July that “Saskatchewan producers use some of the most sustainable agriculture practices anywhere in the world, and we need to be sharing that story instead of targeting producers’ ability to put food on the table for families at home and abroad.”

Manitoba Premier Heather Stefanson wrote in a letter dated July 29 to Trudeau and Marie-Claude Bibeau, Minister of Agriculture and Agri-Food, that his plan to reduce fertilizer use “will negatively impact producer yields, which will mean higher grocery bills and less food security for families.”

“Other negative consequences will involve job losses in the agricultural and food processing sectors and hurting the livelihoods of farmers across Canada.”

Stefanson noted how her government has been in “regular contact with agricultural producers in Manitoba regarding the federal policy to reduce greenhouse gas emissions by 30 percent from nutrient use by 2030.”

“Their major concerns are unanimous. This policy would lower their crop yields and decrease revenue. Manitoba’s competitiveness in producing and processing protein will be reduced while lowering our province’s capacity to export the agricultural commodities that other countries rely upon to process food,” she wrote.

Stefanson said that Canadian “farmers feed not only our country, but the world,” and an “arbitrary target based on broad assumptions that do not account for improvements in nutrient use already made by producers will cause many more complications than the benefits you are attempting to achieve.”

“The Trudeau Liberal government has been hammering Canada’s largest industry, oil and gas, for years, and now they’re moving to a new target, Canadian farmers, with their proposal to reduce by 30% a key component of the fertilizers that are used by farmers right across Canada and around the world to get the best yields they can,” said Kenney in a Twitter video posted on July 26.

“And this is happening just when the world is facing a serious global food security crisis…Europe has shut in about 50% of their fertilizer production.”

Kenney noted that “It is time to stop the ideology and start with some common sense,” adding that Alberta is “joining with several other Canadian provinces to fight to the wall to stop the Trudeau government’s plan to cut Canada’s agricultural output by cutting our fertilizer use.”

Trudeau’s climate plan, which the three Western Premiers have rejected, includes provisions to decrease nitrous oxide emissions, which the government says mainly come from farmers, in Canada from its 2020 levels by 30 percent by 2030.

If such a radical fertilizer reduction should become reality, Fertilizer Canada has said that “it is estimated that a 30% absolute emission reduction for a farmer with 1000 acres of canola and 1000 acres of wheat, stands to have their profit reduced by approximately $38,000 – $40,500/ annually.”

According to the Western Canadian Wheat Growers, an outright disaster could come about in agricultural food production should Trudeau’s guidelines be enforced. The group noted that Trudeau’s proposal are  “contrary to the UN goal of eliminating world hunger by 2030,” and called the requirements “not attainable.”

It’s not just provincial politicians who have sounded the alarm over Trudeau’s attack on farmers.

Conservative Party of Canada MP and leadership candidate Dr. Leslyn Lewis recently warned that Canada will face a “food shortage” should the country push ahead with the Liberal Party’s green policies that attack Canadian farmers.