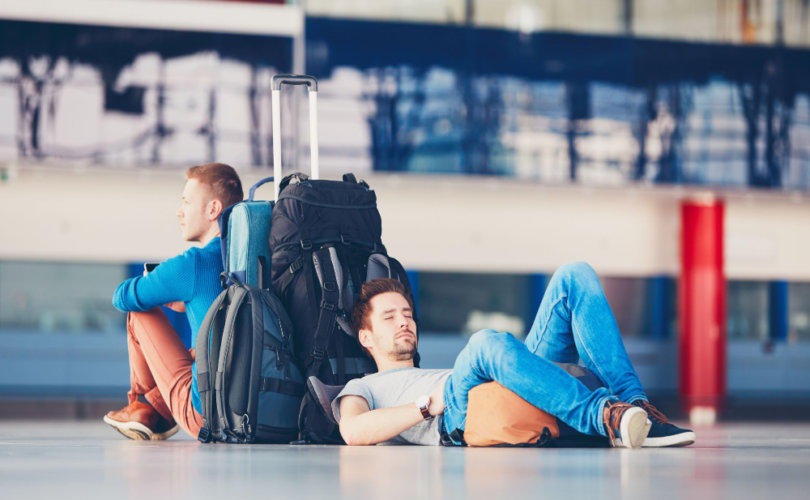 TORONTO (LifeSiteNews) – Canadian airports and airlines ranked as the most delayed in the world over the extended Canada Day weekend as thousands of travelers faced grueling delays at the nation’s top airports.

According to the aviation tracking service FlightAware, 717 Air Canada flights were delayed Saturday and Sunday, which was more than 14% higher than the next airline, Air Canada subsidiaries Jazz and Rouge.

Jazz and Rouge had 53 percent of their flights delayed, leaving them tied with the Greek airline Olympic Air.

Next was WestJet and its budget spinoff Swoop, which had 55 percent of their flights delayed.

At Canada’s airports, delays were worst at Toronto’s Pearson International Airport, which ranked second worldwide for delays at 53 percent.

Guangzhou in China led the world in delays.

The Conservative Party of Canada has blamed the delays on current COVID era mandates still in place, including ArriveCan.

CPC MP Melissa Lantsman in an email sent to supporters Tuesday noted that “the Liberals have refused to act or take any responsibility” for the airport chaos.

“All they have been willing to do is blame travelers and airlines. We need to hold this government accountable for its leading role in the service failures, extended restrictions, and inaction that has led to the chaos at our airports,” Lantsman wrote.

“In response, the Liberals have pushed border restrictions back until September 30th, and maintained the cumbersome ArriveCan app. Enough is enough. The ministers appointed to fix this mess have failed – badly.”

As for ArriveCan, Lantsman noted that it’s “far past time that the Liberals ax the ArriveCan app, eliminate unscientific mandates, and allow our economy to return to pre-pandemic normal.”

“Our economic recovery and reputation as a top travel location depend on it,” she added.

Masking on airplanes and trains remains mandatory, but cruise ships are not included in the new measures.

Last month, Trudeau announced a “task force” that he claimed would help alleviate delays. Thus far, things have only gotten worse as can be attested by the FlightAware data.

Some of the delays no doubt are related to the fact that many in the aviation sector lost their jobs due to refusing COVID mandates. This has exacerbated staffing shortages at airports.

Last fall, both WestJet and Air Canada mandated that all of their employees be vaccinated after the Trudeau government mandated that all federally regulated industries had to have mandates in place. This resulted in hundreds losing their jobs.