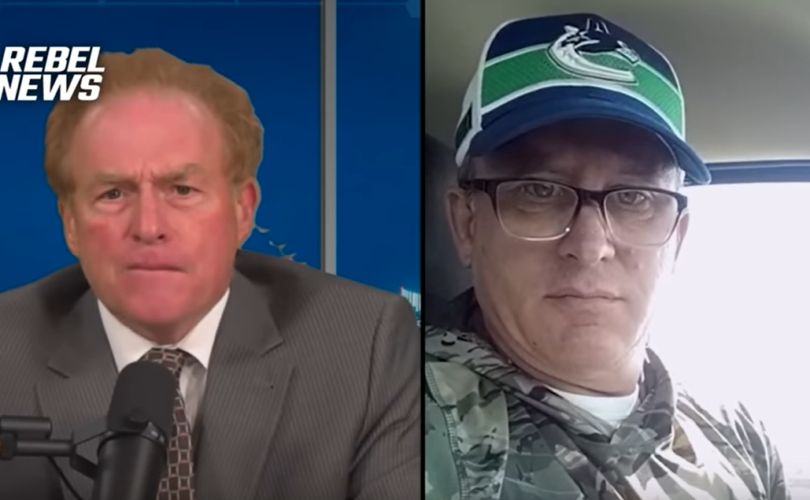 (LifeSiteNews) — In what appears to be another step toward compelled acceptance of the LGBT agenda, a recent Rebel News report features a man who was reportedly banned from Scotiabank for asking if there was a way he could remove the pro-LGBT “rainbow” symbol from his phone’s banking app.

In a Sunday interview with Rebel News host David Menzies, Alberta resident Gary Duke relayed to the journalist that Scotiabank did indeed sever ties with him after he emailed his local branch to complain about the presence of the pro-LGBT “rainbow” imagery on the bank’s mobile app during homosexual “pride” month in June.

During the video report, Menzies presented the screenshot of the email that Duke received from bank manager Mitchell Tofte, in which Duke was told that “Scotiabank strives to provide an inclusive environment for all members of the LGBTQ+ community,” which includes displaying “rainbows on our app” during “Pride Month.”

Tofte then told Duke that his “request/complaint will not be entertained as i[t] does not align with our principles.”

“Your comments are not appreciated nor will they will be tolerated which is why we have chosen to terminate our relationship with you,” the email read, concluding with instructions explaining that Duke needs to remove his funds from his account and that any money left in the accounts when closed will be “put into a bank draft and mailed to the address we have on file.”

“I think it’s the culture in general that we have right now,” Duke told Rebel News when asked why he thinks such drastic action was taken over a simple request, mentioning the rise in “wokeism” in Canadian culture as the likely reason.

Giving Tofte the benefit of the doubt, Duke also said that it is quite possible the manager himself did not even want to ban him from the bank but did so because he felt pressure to conform to the overarching pro-LGBT narrative.

This is not the first time Canadian banks have come under fire for aligning themselves with political goals and causes at the expense of their employees or customers.

All major Canadian banks enforced COVID-19 vaccine mandates on their employees, compelling them to choose between their health or their livelihoods.

Moreover, after Prime Minister Justin Trudeau invoked the never-before-used Emergencies Act to put an end to the anti-COVID mandate “Freedom Convoy” protesters in Ottawa earlier this year, all the major banks likewise went along with the federal government’s directive to freeze the bank accounts of their customers involved in the protest.

As a result, trust in Canadian financial institutions plummeted as customers began fearing political persecution, with one LifeSiteNews report showing that millions of dollars were withdrawn from banks after the move.