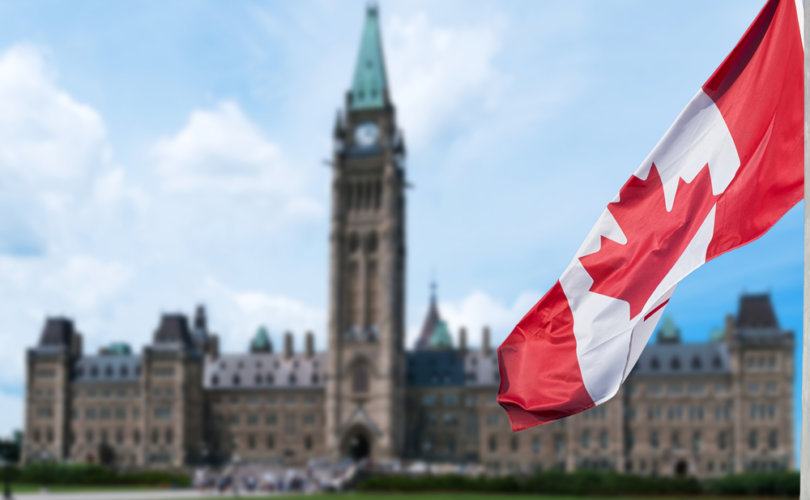 OTTAWA, Ontario, December 12, 2020 (LifeSiteNews) — The Canadian House of Commons has sent Bill C-7, which would expand provisions for assisted suicide in Canada, to the Senate for review after the contentious bill passed the third reading yesterday.

A total of 213 Members of Parliament (MP) voted in favor of the bill, with 106 votes against it.

15 Conservative Party of Canada (CPC) MPs voted for the bill, with all the rest (103) voting against it, including CPC leader Erin O’Toole. All NDP, Green, and Bloc Quebecois MPs voted for the bill. Most Liberal MPs save for two voted in favor. Former justice minister Jody Wilson-Raybould, who now sits as an independent, voted against the bill.

Bill C-7, should it become law, will take away “safeguards” currently in place in Canada’s euthanasia legislation, including the prerequisite that the person who is looking to take their own life with assistance be terminally ill, and able to provide their consent at the time of death.

Also, Bill C-7 would take away the requirement that two witnesses be present to demonstrate that the person who is seeking to kill himself indeed wants to “die” with medical aid.

The CPC had been filibustering the bill for days until today’s third reading passage, due to concerns that the bill does not properly protect disabled people, as they might be coerced into assisted suicide rather than seeking help.

During the recent debate of the bill, CPC MP Marc Dalton said that Bill C-7 is “poor legislation” and he will not be voting for it.

“Madam Speaker, I will not be voting in favour of Bill C-7. It is poor legislation that will negatively impact many of the most vulnerable Canadians. If passed, there certainly will be more court challenges that will only dilute the few protections that are currently in place,” said Dalton during the debate of the bill.

Canada’s Justice Minister David Lametti, who introduced Bill C-7, said he was “pleased that we have cleared this hurdle,” but added that he is “disappointed that this is happening later than it should have.”

Interestingly, two of Prime Minister Justin Trudeau’s Liberal Party MP’s voted against the bill, one being Thunder Bay-Rainy River’s Marcus Powlowski, and the other Nathaniel Erskine-Smith from the riding of Beaches-East York.

Powlowski is also a medical doctor. A few days ago, he said he would not vote in favor of Bill C-7.

“My biggest concern, as someone who has spent my whole life trying to avoid accidentally killing people, is that we don’t end up using MAID for people who don’t really want to die,” he said in a CBC report.

Powlowski added that with “time,” people might “come around to the fact that there are reasons they want to live.”

“I don’t like voting against my party, but as someone with a medical background and somebody who has dealt with this issue over the years a lot, I think morally it’s incumbent upon me to stand up when it comes to issues of health and life and death,” he added.

Euthanasia was legalized in Canada by the Trudeau Liberals in 2016 with Bill C-14.

In an analysis of Bill C-7, Alex Schadenberg, executive director of the Euthanasia Prevention Coalition, said the bill will further expand Canada’s euthanasia laws, allowing for the lethal injection of individuals who are not able to properly consent. This would be for those with dementia and who have issued an advance directive asking to be euthanized in the future.

“Bill C-7 is really bad; it’s really, really crazy. If it’s passed, it would make us [Canada] the worst jurisdiction in the world, and it needs to be stopped,” said Schadenberg a few months ago during an online talk as part of the 23rd annual National March for Life in Canada.

Bill C-7 came about as Trudeau’s acceptance of a Quebec court decision last September. That ruling struck down the requirement that a person’s “natural death be reasonably foreseeable” to qualify the person for death by lethal injection. The court set a December 18 deadline for the House to come up with a way the bill can meet their requirement.

The Calgary-based Justice Centre for Constitutional Freedoms (JCCF) has said that Bill C-7 poses a great risk to the elderly, especially now with COVID-19 lockdowns in place.

“Bill C-7, among other things, enables hospitals to euthanize patients who have lost capacity but who previously gave formal instructions that they wished to commit suicide with the aid of a physician. Once a person has lost capacity or the ability to communicate, it is impossible to ascertain their state of mind and ensure that they wish to die,” said the JCCF in their analysis of the bill.

“Bill C-7 would allow those who are not terminally ill to commit suicide, even for reasons of increased mental and physical suffering during lockdowns or loneliness as a result of being confined as a long-term care resident. State execution of patients in such circumstances would be a gross and heinous violation of protection of the right to life under the Canadian Charter of Rights and Freedoms.”

Recently, a 90-year-old long-term care home resident from Ontario decided to take her own life rather than live under oppressive government imposed COVID-19 restrictions.

LifeSiteNews has a petition directed towards Canada’s MPs, notably CPC MPs, to reject expanding provisions for euthanasia in Bill C-7.