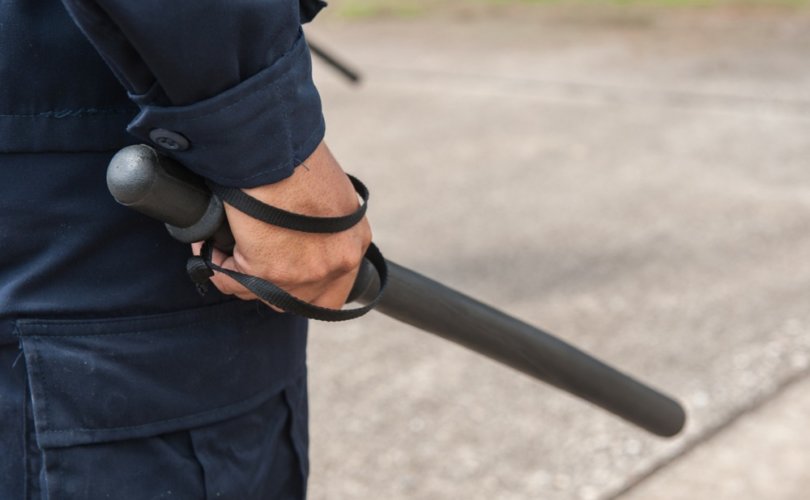 Bill C-6 creates five Criminal Code offences related to “conversion therapy” but fails to prohibit or even define abusive and coercive practices that Canadians would associate with the term “conversion therapy.” Instead, Bill C-6 will criminalize legitimate medical, psychological and spiritual supports for people concerning their sexuality, their gender identity, or both.

While the Criminal Code should prohibit force, coercion, or abuse which attempts to change someone’s sexual orientation or gender identity, the Justice Centre is concerned that Bill C-6 is overbroad and dangerous, and will actually cause harm to adults, adolescents and children, including LGBTQ Canadians.

The Justice Centre explains that the Bill violates the Canadian Charter of Rights and Freedoms in four significant ways:

2. Bill C-6 discriminates against LGBTQ persons by denying their equal right to receive the support or therapy of their own choosing concerning their sexuality, gender identity, sexual addictions and sexual behaviour.

3. Bill C-6 removes the ability of health professionals and parents to determine treatments in the best interests of children who are experiencing gender distress, and instead imposes a one-size-fits-all treatment of psychological, hormonal and potentially surgical gender transition.

4. Bill C-6 interferes severely with the teaching and practice of religious beliefs regarding sexuality and gender identity, and prevents religious LGBTQ persons from receiving support in accordance with their own religious faith. This violates the Charter freedom of religion and conscience, especially for LGBTQ Canadians, as well as LGBTQ equality rights.

The amendments to the Criminal Code contained in Bill C-6 propose prison terms of up to two or five years to enforce these unconscionable — and unconstitutional — restrictions on Canadians.

“Given Bill C-6’s far-reaching impacts on Canadians’ fundamental rights, and its interference in their voluntary choices concerning their own sexuality and gender, such a law cannot be justified in Canada’s free and democratic society,” states Justice Centre staff lawyer, Marty Moore. “Bill C-6 is an overbroad, arbitrary and discriminatory violation of Canadians’ human rights and constitutional rights and freedoms,” Moore continues.

The Justice Centre is calling on MPs to oppose Bill C-6 in its entirety, or to vote in favour only if this Bill is properly amended such that it does not outlaw supportive counseling and care.

Other stakeholders and citizens are sounding the alarm about Bill C-6, and have made submissions of their own. The Justice Centre’s client, Pamela Buffone, whose daughter “NB” was told by her grade one teacher that “boys and girls are not real”, has also provided a submission to the Standing Committee.

Ms. Buffone describes the experience her daughter went through, which included being shown a QueerKids video promoting the use of different pronouns rather than he/him for boys and she/her for girls. The teacher read storybooks and used the phrase “there’s no such thing as girls or boys” on different occasions in discussions with the children. The topic of sex changes was also discussed in this class of young children aged 6 to 7. On one occasion, NB and her classmates each wrote their names on a gender spectrum at the front of the classroom, based on whether they “felt” like a typical girl or boy. NB was the only child to write her name directly at the end of the spectrum the teacher had labelled “girl”. In this lesson the teacher told the class that “girls are not real and boys are not real”.

“What happened in my daughter’s classroom was ‘a practice designed to change a person’s gender identity’ — the very definition of conversion therapy that you are criminalizing with your Bill,” stated Pamela Buffone in her submission to the Committee. “The lessons that were delivered in my daughter’s class were designed to replace the way children identify their gender from the stable categorization model based on biological sex to the new gender identity model that is based entirely on stereotypes and ‘feelings’,” she continued.

NB and her mother, with the help of the Justice Centre, have brought a case against the school board, teacher and principal for discrimination on the basis of sex and gender identity. The case is now waiting for a hearing date with the Ontario Human Rights Tribunal.

As children and adolescents like NB are increasingly being exposed to the concepts of gender fluidity and queer theory in their classrooms, more children are now questioning their identity. Children and adolescents are being referred to gender clinics at a dramatically increasing rate. Many are also dealing with mental conditions, such as anxiety, depression, and autism. Others are struggling to come to terms with their same-sex attraction. Still others are caught up in an internet-fueled social contagion that sees multiple (usually female) young people in the same classroom “come out as trans”.

Most of these children (approximately 85%) will comfortably settle into their natal gender if simply allowed to go through puberty with a “watchful waiting” approach. But Bill C-6 may criminalize watchful waiting as “conversion therapy,” and impair the professional discretion and judgment of health professionals in determining the best approach for each individual child.

“With Bill C-6, the Federal Government is telling us that the only possible path for children who say they are transgender is the most extreme one, and anyone who provides an alternative approach, including their loving parents, could be charged with a criminal offence and face jail time,” says Justice Centre staff lawyer Lisa Bildy. “The real ‘conversion therapy’ here will be the government’s funneling of young people down a path of social, medical, and potentially surgical transition into the opposite gender, when the vast majority would have simply grown into their natal gender through watchful waiting,” Bildy concludes.

As Ms. Buffone noted in her submissions, “The rest of us — parents with the best interests of our children at heart and even those who are not necessarily against medical transition under very careful and controlled circumstances — now face the reality that the State will soon have complete control of not only teaching our children to identify as a gender that is different from their birth sex, but medically transitioning them simply because a distressed young person suddenly declares that they are a different gender and demands gender-affirming ‘healthcare’ to align their body with their ideal image of themselves.”