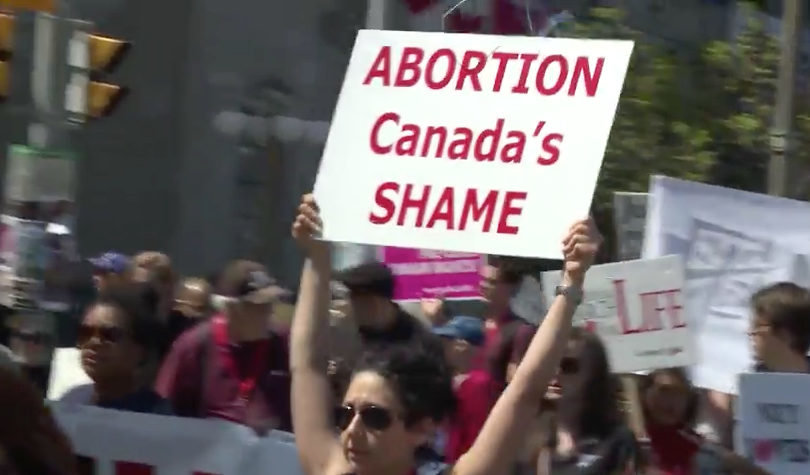 OTTAWA, Ontario, June 3, 2021 (LifeSiteNews) – A bill that would have made it illegal for any doctor in Canada to knowingly commit an abortion merely because of the sex of the unborn baby was defeated in the House of Commons yesterday with support from pro-abortion politicians, including conservatives.

The vote against Bill C-233, the “Sex-selective Abortion Act,” was 248-82 during a planned second-reading of the bill in Canada’s House of Commons on Wednesday.

Bill C-233 was introduced by MP Cathay Wagantall, Conservative Party of Canada (CPC) MP from Saskatchewan, in February 2020. Wagantall said of her bill that “sex-selective abortion is not permissible in a society that advocates for the equality of the sexes.”
After the vote tally, Wagantall took to Twitter to thank those who supported the bill.

“I'm proud to be standing with colleagues in the house who have the bravery to vote their conscience on #SexSelectiveAbortion. Please send a 'thank you' to the individuals who stood up in defence of baby girls in the womb by voting in favour of bill #C233,” tweeted Wagantall yesterday.

All sitting Liberal, NDP, Bloc, Green, and other independent MPs besides Sloan voted against the bill.

Bill C-233 was defeated despite the fact that a 2020 Dart & Maru/Blue poll found 84 percent of Canadians “oppose legalizing abortion if the family does not want the baby to be a certain sex.”

Josie Luetke, youth coordinator for Campaign Life Coalition (CLC), said the fact that only about a quarter of sitting MPs voted in favor of the bill compared with what the Dart & Maru/Blue poll found shows a large “disparity between the public and our politicians on this issue has been helpfully illuminated.”

“Our ‘feminist’ Prime Minister and Cabinet have once again been exposed as frauds, not really interested in gender equality at all,” she said.

O’Toole said before the vote took place that he supports “a woman's right to choose” abortion and that if elected Prime Minister his government would “secure the rights of Canadians and never erode them.”

Luetke told LifeSiteNews it was “most disappointing to see Erin O'Toole vote against Bill C-233,” and that the CPC must realize that they're never “going to win over the mainstream media nor the small class of political elites.”

“They’re always going to be accused of having a hidden agenda. O'Toole would be better off catering to the 84 percent of Canadians who would like to see this evil prohibited,” said Luetke.

Prime Minister Justin Trudeau’s Liberal Party MPs all voted to keep infanticide in Canada legal, with Trudeau taking to Twitter to blast the CPC MPs who stood up for life.

“81 members of the Conservative Party voted in favour of anti-choice legislation today. It is completely unacceptable that they will not support, protect, or defend a woman’s right to choose. Our government always has – and always will,” wrote Trudeau on Twitter.

81 members of the Conservative Party voted in favour of anti-choice legislation today. It is completely unacceptable that they will not support, protect, or defend a woman’s right to choose. Our government always has – and always will. https://t.co/zQ6FUJNTyS

Trudeau’s tweet included a retweet of a letter from Canada’s Women and Gender Minister MP Maryam Monsef, who wrote “Women – and women alone – control their bodies and their healthcare choices.”

Monsef’s tweet elicited a response from Wagantall, who rebuffed her pro-abortion views.

In response, Wagantall tweeted, “You don’t stand up for baby girls in the womb, equality, or human rights. You don’t represent the majority of Canadian women. You represent 16% of Canadians who are pro-abortion any time 4 any reason. #regressive #shameful.”
Luetke told LifeSiteNews that “whenever pro-life bills or motions are voted down, there's the temptation to despair, but we must appreciate the value in simply raising the issue and getting the positions of our parliamentarians on the record.”

CLC president Jeff Gunnarson made similar points in a video interview with LifeSite at the 2021 Canadian March for Life.

“It took many, many attempts to criminalize other human rights injustices, like slavery in the United Kingdom, and conversely, our opponents tried again and again to legalize certain practices, like euthanasia here in Canada,” added Luetke. “If they didn't give up, we must not either.”

The text of Bill C-233 stated that any medical practitioner who uses “any means to perform an abortion knowing that the abortion is sought solely on the grounds of the child’s genetic sex,” is guilty of an “indictable offence.”

An official House of Commons e-petition on sex-selective abortion sponsored by Wagantall had more than 10,000 signatures before being closed to signatures. The petition was presented to parliament.