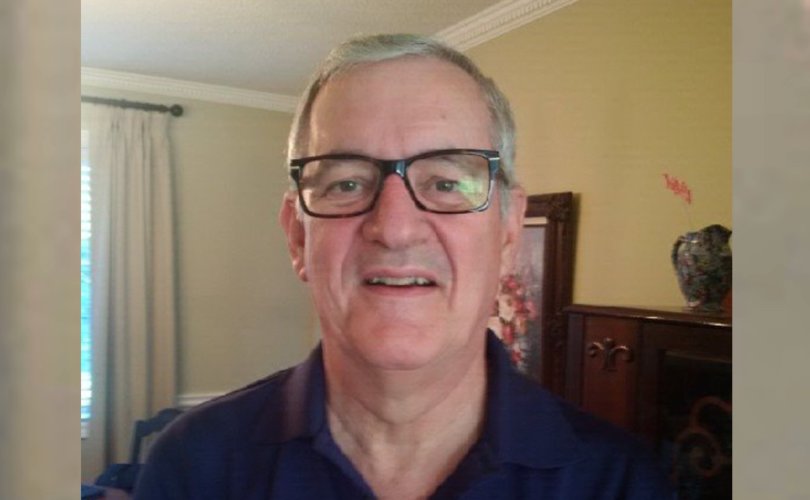 The two posts criticize Trump for “cut[ting] off family planning for millions of poor women globally” and for “reinstat[ing] Reagan-era abortion restrictions.”

LifeSiteNews sent evidence of his support for the Women's March to London Bishop Ronald Fabbro, the ACBO's president, who dismissed the concern.

When LifeSiteNews followed up with evidence of Lawler's two explicitly pro-abortion re-tweets, Fabbro then failed to respond.

The Catholic Church condemns abortion as a “moral evil.” Abortion directly contravenes the Fifth Commandment against murder since it destroys a human person in the womb. The Church also condemns contraception as “intrinsically evil” since it destroys the unitive and procreative integrity of the marital act.

Lawler has a long history of using his Twitter platform to exclusively push partisan Liberal content that often conflicts with Catholic moral teaching. In 2015 LifeSiteNews reported how Lawler used his Twitter account to support the Ontario government’s controversial sex-ed program while attacking those who strongly criticized it.

A blogger at Catholic Intelligence Blog who has monitored Lawler’s tweets over the last few years made the case in a report on the weekend that a retweet from Lawler generally indicates Lawler’s own position on a given matter.

“If you analyze his tweet stream, you can see he supports the positions of 100% of his retweets,” the blogger wrote. He noted that while some Twitter users will retweet ridiculous tweets from their opponents to showcase their idiocy, such is not the case with Lawler.

Lawler’s retweets of pro-abortion posts are easy to find.

During the U.S. presidential race, Lawler retweeted a post by Hillary Clinton’s pro-abortion running-mate Tim Kaine, who says he is Catholic. Kaine was taking issue with Donald Trump’s plan to overturn Roe v. Wade, the 1973 Supreme Court decision that legalized abortion in America.

Kaine's tweet stated: “Donald wants to send Roe. v. Wade ‘back to the states.’ That means states could criminalize women—trust them with their own health decisions!”

Two days prior to his pro-abortion retweets criticizing Trump’s defunding of abortion, Lawler had re-tweeted 15 posts in support of the pro-abortion Women’s March.

Women’s March organizers made it clear in their Guiding Vision document that the event championed what they called increased access to “safe, legal, affordable abortion and birth control.” Organizers were so committed to pushing a pro-abortion message at the event that they told pro-life organizations such as Abby Johnson’s “And Then There Were None” as well as the pro-life group “New Wave Feminists” that they could not participate due to their pro-life position.

The Women’s March was especially promoted by pro-abortion groups such as Planned Parenthood and NARAL Pro-Choice America.

“We will not stand down in the face of attacks on our fundamental rights, and we will hold anti-choice and anti-woman politicians accountable,” stated NARAL, an official sponsor of the March, in a press release.

Many women attending the event carried signs in support of abortion as a “human right.” In one outrageous instance, a woman championed “reproductive rights” at the event by carrying a sign that depicted the Blessed Virgin Mary as a bloody vagina.

A spokesperson for the Toronto Women's March told LifeSiteNews that they also would reject a pro-life group. That would be seen as “contradictory to the message that we’re trying to put out,” she told LifeSiteNews.

LifeSiteNews reached out to Lawler, asking why he promotes content on his Twitter account that advocates abortion and contraception when they are evils condemned by the Church. No response was given. LifeSiteNews captured screen shots of Lawler’s tweets in question before he set his account to “private” so that only his followers could view his activity.

Fabbro replied that the “ACBO does not retain staff who support abortion.”

“Thanks for the email you sent on Jan. 24, 2017, raising a concern about Roger Lawler, the ACBO General Secretary, and the retweets he sent of the Women’s March, which were pictures of the crowd and individuals that had gathered for the March,” Fabbro said.

“In response to your email, the ACBO does not retain staff who support abortion.  I do not agree with the analysis of the Women’s March that you provide in your email,” he concluded.

When LifeSiteNews followed up by asking Fabbro to comment on Lawler’s tweets attacking President Trump’s defunding of overseas abortion, the bishop did not respond.

Three national pro-life Catholic leaders are calling it a “scandal,” “disgraceful,” and “appalling” that a top-ranking employee of a bishops’ association can tweet in support of abortion and pro-abortion events and get away with it.

Christian Elia, Executive Director of the Catholic Civil Rights League, told LifeSiteNews that retweeting “may not necessarily entail support, but retweeting tweets in strong support of the [Women’s] march more than a dozen times suggests overt support for the message of that march.”

Elia said that a quick glance at Lawler’s Twitter account exposes him as an “ardent supporter of pro-abortion politicians and individuals with platforms hostile to the pro-life community.”

“It is time to end such confusion coming from an individual in a position of leadership with the bishops in Ontario. Lawler must go. Now. He should do the honourable thing and resign in the hope of avoiding greater scandal,” he said.

“The bishops should fire him,” she added, calling the situation “absolutely disgraceful.”

Jim Hughes, President of Campaign Life Coalition, the political arm of Canada’s pro-life movement, said he was “appalled” that the Ontario Bishops continue to employ a “professional Catholic” who is happy to be in the pay of a Catholic organization while apparently disagreeing with Catholic teaching.

“I would have hoped that the Bishops would have better reviewed the values and beliefs of such a senior employee, prior to his hiring. We pray they discern the best way to deal with this individual and those who do not adhere to Church teaching,” he told LifeSiteNews.