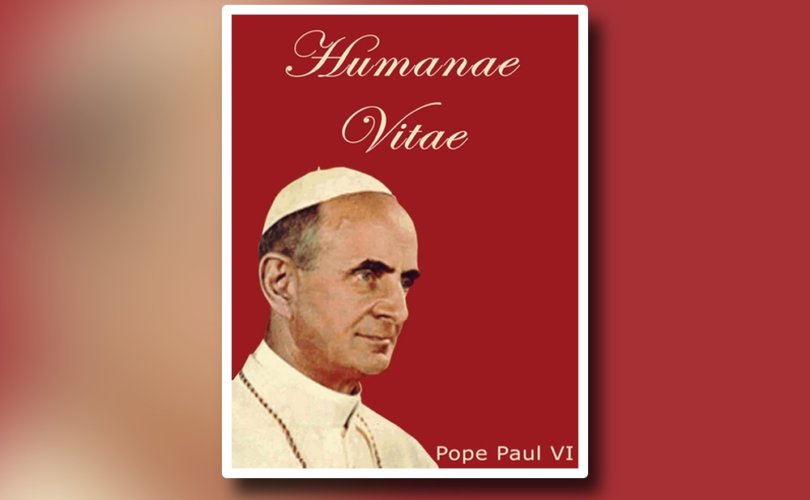 OTTAWA, July 25, 2018 (LifeSiteNews) – Canada’s Catholic bishops have praised Humanae Vitae as an affirmation of the “joy of married love” in a statement to mark the 50th anniversary of Blessed Pope Paul VI’s landmark encyclical.

Issued by the Commission on Doctrine of the Canadian Conference of Catholic Bishops (CCCB), the document encourages Catholics to read, study, and meditate on Humanae Vitae to “rediscover the beautiful truth within it.”

Humanae Vitae was “officially promulgated as part of the Magisterium of the Church,” the CCCB notes in an introduction to its July 20 statement.

While the document endorses Humanae Vitae, it doesn’t mention the disastrous Winnipeg Statement the bishops released September 27, 1968 which opened the door to widespread dissent from Humanae Vitae by advising Catholics to follow their conscience on the matter, and which Canada’s bishops have never officially retracted.

Released during the height of the “sexual revolution” and amid speculation that the pope would reverse Catholic moral belief in light of the newly developed “birth control” pill, Humanae Vitae instead reaffirmed the Church’s teaching on the intrinsic evil of contraception, that is, the deliberate thwarting of the procreative nature of the conjugal act.

But as the CCCB’s The Joy of Married Love points out, many people “have misunderstood this encyclical by reducing its message to a ‘No’ to contraception.”

Rather, the encyclical’s message “should be seen as an emphatic ‘Yes!’ to the fullness of life promised to us by Jesus Christ (John 10:10),” the bishops write.

“Every expression of love in marriage is meant to be an image of God’s love, including the most intimate expression of marriage — sexual intercourse,” they point out.

Pope Paul VI underscores this in Humanae Vitae by reiterating Catholic teaching that “every sexual act in marriage is meant to speak a love which is free (not coerced), total (giving one’s whole self), faithful (devoted to one’s spouse), and fruitful (open to new life and supporting the couple’s spiritual fruitfulness,” notes the document.

“Anything else distorts the beautiful language which God has written into our bodies,” write the bishops. “Weakening or falsifying this language changes the way each of the spouses experiences love; in these cases, sexual relations do not fully embody real love.”

The document also quotes at length Blessed Paul VI’s explanation of the Church’s prohibition on contraception:

…an act of mutual love which impairs the capacity to transmit life which God the Creator, through specific laws, has built into it, frustrates His design which constitutes the norm of marriage, and contradicts the will of the Author of life. Hence to use this divine gift while depriving it, even if only partially, of its meaning and purpose, is equally repugnant to the nature of man and woman, and is consequently in opposition to the plan of God and his holy will (Humanae Vitae, n. 13)

As the bishops put it: “intentionally modifying a sexual act so as to render it sterile…ends up falsifying the language of our sexuality.”

The Joy of Married Love also reiterates Catholic teaching that “fertility awareness-based methods” to space births in accordance with “‘responsible family planning” is morally permissible, “because these methods do not change the language of sexual intercourse in any way.”

The bishops acknowledge living out the “truth of married love, as it is proposed in Humanae Vitae, and later elaborated through Saint John Paul II’s Theology of the body and Pope Francis’ teaching in Amoris Laetitia” is “not always easy.”

Married couples “can only live out the truth contained in Humanae Vitae by the grace of God.”

Liberating Potential lauded Humanae Vitae as “prophetic” and lamented that marriage and the family have been “affected by the contraceptive mentality feared and rejected” by the encyclical.

As with the bishops’ 50th anniversary statement on Humanae Vitae, Liberating Potential also does not mention the Winnipeg Statement.

A number of lay Catholic leaders in Canada would like to see the bishops formally retract the Winnipeg Statement so that there can be no possible ground for Catholic married couples to  justify the use of contraception.