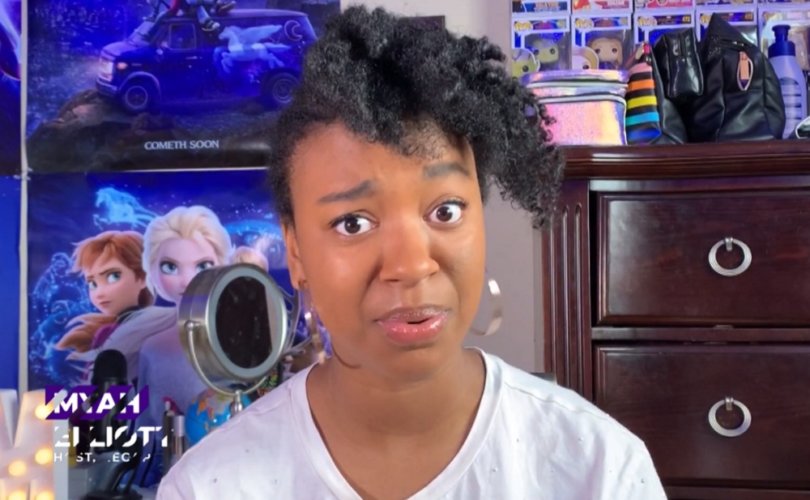 ONTARIO, July 9, 2020 (LifeSiteNews) — The state-funded Canadian broadcaster CBC has admitted that a recent episode of its Kids News show that promoted transgenderism and attacked Harry Potter author J.K. Rowling for saying biological sex is “real” did not meet its “standards.”

The CBC’s admittance of its journalistic shortcomings came after Toronto-based lawyer Kaveh Shahrooz complained to the CBC ombudsman about a June 12 CBC “Kids News Recap” segment hosted by Myah Elliott.

The segment saw Elliott and her co-hosts go after Rowling for saying that one’s biological sex matters and for refusing to“bow down” to “new trans activism.”

True North News first reported that Shahrooz was upset that the “Recap” segment was not balanced in its take on Rowling’s comments.

“Recap” co-host Sean Tran said, “It’s 2020. Releasing these kinds of statements online is not a good look, and hasn’t she been accused of transphobic stuff in the past?”

Shahrooz said the June 12 show “did not live up to the standards” of journalism and was unfair in going after Rowling for dissenting from LGBT orthodoxy on transgenderism.

“1/ Rowling’s view, whatever its merits, is held by the vast, vast majority of Canadians. Yet in a news segment for kids, @CBCKids& @CBCKidsNews, it's not even presented for consideration. All kids are told is that ‘it's a bad look’ and that Rowling ‘should read the room’,” wrote Shahrooz on June 16.

“Do journalistic standards not apply to children’s news, @CBCOmbud? I love the CBC dearly and want to defend it against politicians pushing to defund it.  But it’s hard to do when it makes cultural propaganda aimed at children,” wrote Shahrooz.

Yesterday, Shahrooz took to Twitter to say he received a response from a senior producer regarding his complaint. The tweet included an image to the reply.

“In the end, this segment did not achieve the balance we intended, and did not live up to the standards to which we as a public broadcaster hold ourselves,” says a message from Lisa Fender, a CBC Kids senior producer.

Shahrooz then said he was “grateful” to the CBC for “taking the issue seriously.”

“I think that’s a good resolution. I’m grateful to @CBCKidsNews for taking the issue seriously. However, as I noted in my response to Ms. Fender, this issue only has one long-term solution: viewpoint diversity at the CBC,” tweeted Shahrooz.

The True North News report says that yesterday, the CBC confirmed to the reporter that the June 12 “Recap” show “did not achieve the balance of perspectives we aspire to.”

True North also reported that Shahrooz was clear in his complaint not to “defend nor attack Rowling’s views,” and that he simply wanted fair balance.

“My sole concern is with the lack of balance in this coverage of this issue on a program aimed at children, a segment of the population most likely to take the pronouncements heard on television at face value,” said Shahrooz, as reported by True North.

Rowling caused a media stir in June after she published a lengthy essay that defended a series of June 6 social media messages where she spoke out on the issue of “transgenderism,” saying, “If sex isn’t real, there’s no same-sex attraction.”

In her essay, Rowling spoke about why she opposes the transgender agenda, saying she refuses to “bow down” to it despite massive public pressure to capitulate.

Rowling’s social media comments and her essay were both met with attacks by LGBT activists, including the LGBT activist organization GLAAD.

True North reported that Fender did say the network took steps to “correct” the lack of balance and pointed to a follow-up episode of “Recap” “which provides perspectives missing in the June 12th segment.”

The June 19 “Recap” follow-up sees host Elliott respond with a message regarding the Rowling episode,  saying, “Conversations about gender can be layered and confusing…and they deserve time.”

“There are so many points of view when it comes to…well, anything, and we should have done a better job of finding balance and giving a voice and other perspectives,” said Elliott.

“We understand there are a lot of people that stand with J.K. Rowling and her views on being female.”

Elliott then went on to talk about Rowling and her June essay.

Despite the negativity from the LGBT community, many have defended Rowling online with the Twitter hashtag #IStandWithJKRowling.

In late June, horror novelist Stephen King retweeted a Rowling tweet that was part of a long thread where she defended her views on biological sex being real.

Rowling offered praise to the novelist for his retweet. However, King later rebuked her online by saying “trans women are women,” which prompted Rowing to delete her acclaim for King.

King’s backlash against Rowling is just one of many recent attacks against the author for questioning LGBT orthodoxy on transgenderism, which has come from trans activists as well as the stars of the movie adaptations of her Harry Potter novels.

Rowling was part of a group of leading authors along with academics who recently signed an open letter titled “Letter on Justice and Open Debate.” The letter protests the rise in “cancel culture” suppression.

While the letter called for fair “open debate,” it also went after the “radical right,” saying people attributed to that group are “constricting” the “free exchange of information and ideas” while addressing left-wing censorship.