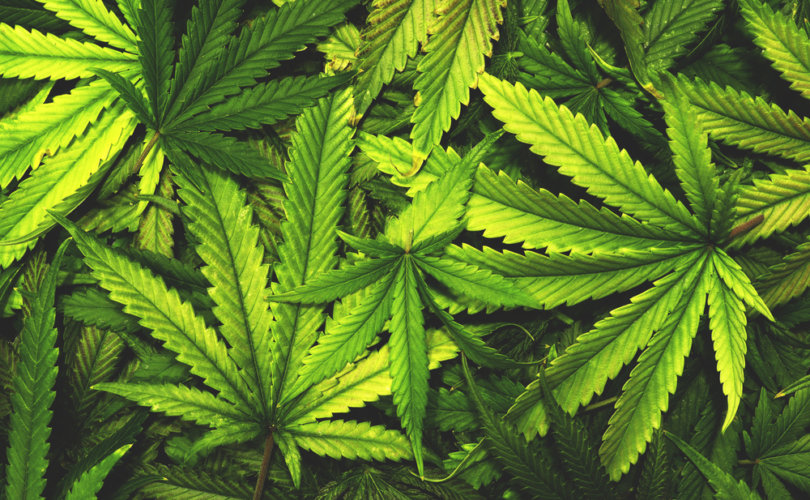 TORONTO, October 19, 2018 (LifeSiteNews) – Canadian bishops along with a pro-family group have denounced Canada’s legalization of cannabis that took place this week.

In an October 17 statement, the Canadian Conference of Catholic Bishops (CCCB) stated that the Catholic Church “continues to underline the ethical problems involved with the recreational use and abuse of this drug.”

Those problems include “the negative risks that impact on psychological and physical health, the growing problems of a society more and more dependent on drugs and alcohol, the possibility of brain damage especially to those under the age of 25, [and] the negative repercussions on families and local communities.” The statement was signed by CCCB president Bishop Lionel Gendron.

The bishops also decried the “willingness” of businesses and governments “to exploit the drug for commercial interests and as a source of tax revenue, thereby even further jeopardizing the pursuit of the common good.”

Pope Francis has referred to drug addiction as “a worrisome problem in the world today,” they wrote.

“The ‘scourge of drug-trafficking’ favours violence and sows the seeds of suffering and death, Pope Francis has noted several times, to which the response of society should be acts of courage and the resolve to fight against all narcotics,” the bishops added.

A pro-life, pro-family organization also wants parents to know how dangerous the drug is for children.

Gwen Landolt, National Vice-President and legal counsel for Canada’s REAL Women — a pro-life and pro-family lobby — told LifeSiteNews that there are serious problems with the northern nation’s new Cannabis Act, beginning with the fact that it permits children over 12 to have access to the drug.

“The Cannabis Act (Bill C-45), Sections 8 and 9, provides that 12 to 17-year-olds are permitted to possess and distribute marijuana,” she said.  “When concerns were raised about this provision in the Senate, the senators were advised that this provision was included in the Cannabis Act to protect 12 to 17-year-old adolescents from being burdened with a criminal record.

“It is noted that Sections 8 and 9 do not refer to the ‘smoking’ of marijuana, but this is implied in the possession and distribution of the drug.  Marijuana can also be eaten (edibles) which will be available next year,” she added.

Although the Cannabis Act prohibits the sale of marijuana to those under 18, many children will have access to marijuana since every home is permitted to have or grow four plants in the home. And although it is illegal for 18-year-olds to grow their own cannabis, it is legal for anyone between 12 and 17 to possess up to 5 grams on their person. They can also share it.

Trying to prevent teenage cannabis use on a regional level when on a national level it is perfectly legal will be difficult, Landolt said.

“Should one of the provinces or territories impose fines or other restraints on 12 to 17 year olds for smoking, selling, possessing, [or]  eating  5 grams of marijuana, since they are permitted to do so under the federal legislation, it would seem that such a provincial restriction would be ultra vires (beyond the jurisdiction) of the provinces,” she explained.

Under the new Cannabis Act, simple possession of 30 grams or less of the substance will no longer be a crime. It can be grown and sold only by those who are licensed to do so, but it will be possible for a household to grow four plants for personal use, depending on what the individual provinces and territories legislate.

Landolt told LifeSiteNews that legal recreational use of marijuana in Colorado has led to a doubling in child cannabis-related visits to the Emergency department of children’s hospitals since 2014. Colorado has also seen a 25% year-after-year increase in adult cannabis related emergencies since 2014.

Another possible casualty of Canada’s new permissive law is pets. Landolt says that veterinarians have already experienced a spike in the number of pets, mostly dogs, being poisoned from eating cannabis joint butts discarded in parks.

Then there’s potential carnage on the roads from marijuana-caused accidents.

“Studies at McGill University suggest it is necessary to wait 5 to 6 hours after smoking a single joint before being competent to drive a motor vehicle without being inebriated,” Landolt said.

Finding out who didn’t wait will be difficult during spotchecks. Police forces across Canada will rely on the Draeger 5000 (the only device approved by the federal government) in traffic violations caused by marijuana use, but it does not function below 4 degrees Celsius (39 degrees Farenheit) – a problem in a country that is famously cold in winter and spring.

“There are no regulations in place in regard to cannabis use by Members of Parliament or Senators,” Landolt added wryly, likely referring to Prime Minister Justin Trudeau who admitted to smoking the drug in 2013.

Psychiatrists Ian Gold and Joel Gold have written that Canada’s “social experiment” holds serious dangers for mental health, particularly in those under 25.

“The legalization of cannabis in Canada marks the beginning of a social experiment that raises a momentous health question,” they stated in Canada’s Globe and Mail newspaper.

“Cannabis use is linked to an increased risk of developing psychosis – a family of psychiatric disorders characterized by delusions, auditory hallucinations and bizarre thinking. Schizophrenia is the best known and most devastating of these and is among the top 15 causes of disability, worldwide. Schizophrenia typically develops in late adolescence or early adulthood, and because it often persists for decades, it brings with it untold suffering to survivors and their families.”

The Golds stated that evidence for a link between cannabis and psychosis was “strong.”

The earlier the use of the drug, the greater the risk, they added.

“One seminal, longitudinal study, that followed 45,000 Swedish conscripts over 15 years found a six-fold increase in the risk of developing schizophrenia in those who consumed high amounts of cannabis,” they wrote. “A more recent follow-up study of the same group showed that even moderate use (11-50 times) doubled one's risk. While the numbers might vary from study to study, the results are unequivocal: using cannabis is a risk factor for later psychosis. And the earlier the use, the greater the risk.”

Another study showed that the risk of later psychosis for 15 year old users was three times as high as it was for 18 year olds.