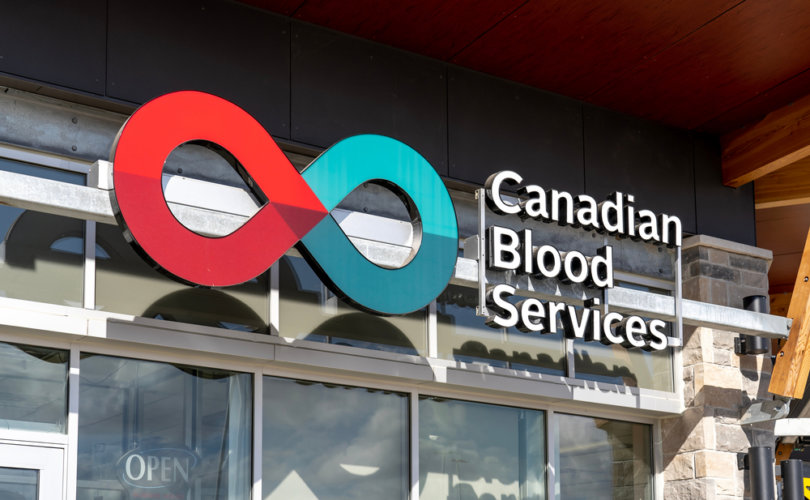 OTTAWA, Ontario (LifeSiteNews) – A 27-year-old employee of the Ottawa-based charity the Canadian Blood Services (CBS) was fired after refusing to take the abortion-tainted COVID jabs, despite the fact he worked from home.

Gabriel Wilson, who works in the CBS organ tissue and donation branch, was told on October 29 that his accommodation request for a religious exemption under the charity’s “COVID Vaccination Policy” was denied.

CBS wrote in its denial letter that they “carefully considered the information you have provided and have concluded that the reason for your refusal to be vaccinated is not due to a sincerely held religious belief, but rather due to a personal belief that will not allow you to become fully vaccinated.”

“You have been unable to offer any proof that your religion prevents you from becoming fully vaccinated with the COVID-19 vaccination … it is our view that your beliefs do not require protection under the Ontario Human Rights Code,” wrote CBS to Wilson.

In early September, CBS mandated that all its employees, even those working from home, and volunteers had to get the COVID jabs by October 31 or face termination.

CBS claimed they would “balance our obligations to keep employees safe, while doing our best to accommodate those who have a legitimate reason not to be vaccinated.”

However, after first denying Wilson’s exemption and then placing him on leave for 10 days on November 1, CBS formally fired him via a letter on November 17.

CBS said that if Wilson gets the jabs, he would be welcome to “re-apply for employment at CBS.”

CBS claimed that their COVID jab mandate protects the “health” of its donors, employees, and volunteers.

Wilson sent CBS his request for a religious exemption on September 27, and it bore the signature of a priest.

He wrote that he was requesting a religious exemption because his “religious beliefs conflict with receiving a covid-19 vaccination,” and that the jabs are a type of warning sign of the coming “mark of the beast.”

“I believe the COVID-19 vaccinations are a prefigurement for the mark of the beast and that accepting them would be a betrayal of God and deliver ownership of my body and soul to the state in violation of the first commandant,” wrote Wilson.

Wilson also cited his concern about the COVID vaccines’ connections to the “use of aborted fetal cells in their development, testing or production.”

“So accepting them would not only make me complicit in their use, but also in the incentivization of further fetal organ harvesting.”

Wilson then asked that he be allowed to continue to work from home, as this would mean he would not be in contact with others.

“While I do not fear my own death, I have been careful to not endanger others complying with recommendations and requirements as appropriate (such as masking & physical descanting),” wrote Wilson.

Also, many Catholics and other Christians are opposed to the novel medical products because cell lines derived from aborted babies were used either in their development or their testing.