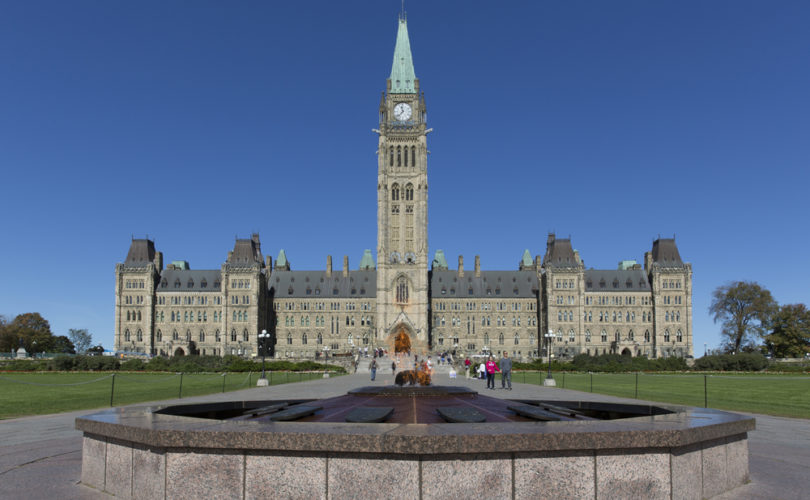 Note: The link to the notice of liability has been corrected as of Nov. 14, 2021

The Charter, as it is commonly called, is a bill of rights entrenched in the Constitution of Canada, which formed the first part of the Constitution Act of 1982. The intent of the Charter is to guarantee certain fundamental rights to Canadians. It was designed to unite Canadians around a certain set of values that best embody the Canadian way of life. It was signed into law by Queen Elizabeth II.

The forerunner to the Charter was the Canadian Bill of Rights, which was not a constitutional document, but rather a federal statute. A federal statute could be amended by the normative legislative process and does not have the same weight regarding direct application to provincial laws. The aim of the lawmakers behind the Charter was to standardize the values therein, while at the same time giving the courts the power to enforce the laws as part of the constitutional framework of Canada.

The Charter has been applauded by proponents, but opponents of the document and its use have voiced their concerns about the abuse of powers of the courts as a result of the document. The Charter only applies to government laws, but not to private activity.

Peckford is alarmed at the apparent disregard for the Charter by the government, and by the courts. He explained that at the time the Charter was formulated, that he doesn’t think “anybody thought at that time that it was possible for a government or governments of this country to do anything to infringe upon these rights and freedoms.”

Over the past 19 months, Canada has seen a sweeping change in the way governments respect various constitutional freedoms, such as freedom to assemble or to gather for matters of religion. There is a provision in the Charter that allows governments to suspend Charter rights for what are considered reasonable and justifiable concerns to the public.

The first section of the Charter says: “The Canadian Charter of Rights and Freedoms guarantees the rights and freedoms set out in it subject only to such reasonable limits prescribed by law as can be demonstrably justified in a free and democratic society.”

Peckford explained in the interview how this clause is supposed to be understood: “There may be situations … where governments are going to have to take certain actions which may infringe upon what we set below [in the Charter], however, in order for them to do that they have to demonstrably justify what it is they are proposing to do.”

It is his opinion that “none of the governments, the federal government in Canada, or any of the provinces, have even made an attempt to justify what they’re doing.” Peckford also believes that the governments “know that the data is not on their side,” referring to the justifications given to use the coronavirus as an excuse to suspend the rights of Canadians.

Patriotic lawyers and organizations have taken on cases to advocate for Canadians and the fight for their rights, but it is a slow-going affair. Peckford believes this is the case because the process is being abused or ignored on behalf of the provinces. “Unfortunately in our legal process it takes so long to get through the procedures … that all of these things can be done and the harm can be done … before any judgement is rendered about the constitutionality of what they’re doing.”

He added, “If we had a province which had any intestinal fortitude, they would do a reference themselves, which would go directly to their appeal court and then could get into the supreme court quicker … it could be done faster, but because all the provinces have capitulated into this fearmongering … then we have no way of expediting that court process.”

When asked why he thinks Canadian governments and officials have fallen into such a state of fear and unwillingness to advocate for the rights of Canadians, Peckford explained that he believes there has been a decline in the ethical standards of Canadian society. “There is no question … there has been a gradual degradation by the ethical standards by which we operate.”

He said this even calls into the question the legitimacy of the courts of Canada, and he hopes that as constitutional lawyers get through the system, judges are forced to take a clear look at the data. He explained that a lawyer from Alberta who works with Peckford told him that he was taking the courts in Alberta to task, because the courts themselves had already “implemented all the lockdown measures in their court.”

The lawyer told the former premier that this was a reason to believe that court did not have legitimacy on any matter pertaining to lockdowns, as they would have a clear bias, since they were already operating under the auspices that the data was in favor of implementing the unconstitutional public health measures.

Peckford said Canadians are at a “turning point,” adding that he had for years been a part of the Conservative Party of Canada and various provincial conservative parties, but that he now supports the People’s Party of Canada. He characterized it as only party standing for the Charter rights of Canadians.

Peckford said Canada needs a complete reform, and this will have to happen with massive participation of individual citizens. Regarding vaccine mandates, Peckford said that it is important to serve employers with notices of liability, as even if employers choose to fight them, it will be documented at each level of participation that the employer was documented as acting illegally. He also advised against seeking religious exemptions, if possible, because that can add legitimacy to the claims of the organizations acting in contravention of the Charter.

Peckford also spoke strongly about the role that health officers are supposed to have in provincial government. He expressed emphatically that they are not elected officials, and that their role is to advise, not govern. In his opinion, premiers are being lazy and not learning the information they should, and therefore relying on the health officers to make all the decisions. He explained that public health officials have no legal authority to govern, and should not be telling the public what to do legally, as it is not their jurisdiction.

At the end of the interview, Peckford offered hope and encouragement to Canadians about what they can do to right the ship. “They can make a difference, if enough of them get out and do it … everyone matters … We have got to resist this business of not mattering, we do matter. The more and more people that get out to these rallies partake in active participation in public policy through the election, the better.”