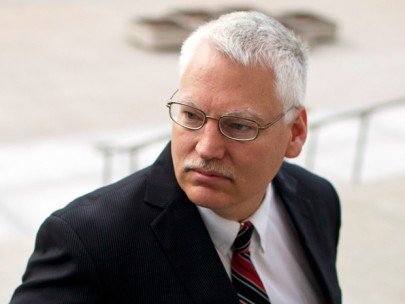 TORONTO (LifeSiteNews) — Canadian pro-family activist Bill Whatcott is on trial this week for an alleged “hate crime” he committed when he distributed flyers displaying the potential consequences of homosexual activity at a Toronto gay “pride” parade in 2016.

Well-known pro-family activist Bill Whatcott’s trial began today at the Superior Court of Justice in Toronto for an alleged “hate crime” he committed in which he distributed pamphlets at the 2016 Toronto Pride Parade warning people of the physical and spiritual dangers of homosexual activity.

“I’m [being prosecuted] under the ‘Willful Promotion of Hatred,’” Whatcott told LifeSite on Friday.

“The law itself is terrible, I think it is ambiguous,” he added.

According to Whatcott, the Crown prosecutor alleges that his distribution of the flyers constitutes the “wilful promotion of hatred” against homosexuals per the Criminal Code of Canada, and in turn is seeking a prison term of 18 months if Whatcott is found guilty.

As found in the Criminal Code, the Wilful Promotion of Hatred law states:

(2) Everyone who, by communicating statements, other than in private conversation, wilfully promotes hatred against any identifiable group is guilty of

An “indictable offence” is the Canadian equivalent to what the American judicial system calls a “felony,” whereas a “misdemeanor” would be called a “summary offence” in Canadian law.

Whatcott, who has pleaded not guilty, told LifeSite that he rejected a plea deal for “three years house arrest” because he feels as though he has a “moral obligation” to fight the charge entirely.

The incident in question took place in 2016 when Whatcott and several others marched in the Toronto Pride Parade dressed in skin-tight green bodysuits with face masks as members of the “Gay Zombies Cannabis Consumers Association.”

As previously reported by LifeSite, the group distributed 3,000 pamphlets that included flyers warning of the spiritual and physical harms of homosexual activity.

The flyers, which are currently under a publication ban from the court, contained graphic images of sexually transmitted diseases, as well as Bible verses and statistics regarding homosexual behavior.

The flyers also displayed a picture of Canadian Prime Minister Justin Trudeau and former Ontario Premier Kathleen Wynne, calling for their repentance regarding their “homosexual activism.”

Whatcott is no stranger to defending his right to free speech. In 2013, the Supreme Court rejected an appeal he filed after a Saskatchewan human rights tribunal labeled two other flyers he created and disseminated as “hate speech.”

Although he has faced human rights tribunal hearings in the past in relation to his pro-family activism, this is the first time Whatcott has had to defend himself against an indictable criminal offence.

“I don’t even think [my flyer] raises to the human rights code level [a significantly less serious offence], which needs to be ‘vilification and calumny,’” he told LifeSite.

“I don’t see that in the flyer, so I don’t see how it can rise to an indictable offence. It’s baffling,” he continued.

Whatcott explained that he initially wanted a jury trial, but his lawyer, John Rosen, suggested a “judge-only trial” might be in Whatcott’s favor, warning that the “jury composition” in a notoriously liberal city like Toronto is likely to hold a bias against conservative values.

Asked how he is dealing with the stress of possible jail time, Whatcott mentioned he has been relying on his own prayer and the prayer of others to strengthen his faith and aid him during this time.

“I do think that God is merciful and just, and fully in control of this,” he remarked.

“So, on that level I have reassurance,” he added.

Whatcott also stated that although 18 months in prison is a substantial amount of time, he is “at peace” with his decision to reject a plea deal.

“We’ll see what happens,” he said.