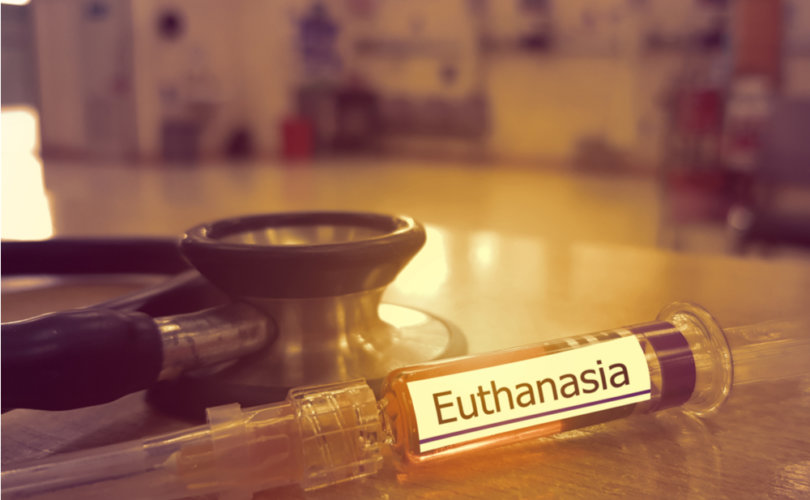 WINNIPEG, Manitoba (LifeSiteNews) — A “progressive” and LGBT “affirming” church in Winnipeg has used its sanctuary as a place where members can willingly end their lives via assisted suicide.

According to the Winnipeg Free Press, an elderly 86-year-old woman suffering from Amyotrophic Lateral Sclerosis (ALS), also known as Lou Gehrig’s disease, was granted approval to have her life taken via medically assisted suicide on March 9 during a “simple Crossing Over Ceremony” at Churchill Park United Church in Winnipeg.

Due to the highly progressive nature of ALS, which impacts the nervous system to the point of paralysis and ultimately death, the elderly woman decided she wanted her life to end before she had lost control of all her faculties, according to her daughter.

Since euthanasia is legal in Canada, and the Churchill Park United Church’s denomination had voted in 2017 to allow the highly controversial practice on a “case-by-case” basis, the woman desired to end her life in the church she raised her family.

Ultimately, the progressive church heeded the woman’s request, and according to her obituary, the woman died “As the sun streamed through the stained glass windows in the music-filled sanctuary.”

While abortion is often considered the preeminent pro-life issue for Christians, the commonly-held doctrinal position on assisted suicide has been similar throughout the centuries, with the practice being largely condemned across most denominations.

For example, the largest Christian church, the Catholic Church, outright condemns euthanasia in the Catechism as “gravely contrary to the dignity of the human person and to the respect due to the living God, his Creator.”

The Catechism adds, “Whatever its motives and means, direct euthanasia consists in putting an end to the lives of handicapped, sick, or dying persons. It is morally unacceptable.”

As many pro-life activists had warned, permitting euthanasia within the legal system would inevitably lead to more and more leniency of who qualifies for the procedure, and would ultimately end in a system that drastically and unequivocally undermines the value of human life.

Confirming the fears of activists, since assisted suicide, called medical assistance in dying (MAiD), was legalized in Canada in 2016, the law has already expanded the access to voluntary lethal injection beyond just terminally ill adults.

In March 2021, Prime Minister Justin Trudeau’s Liberal government passed Bill C-7, which changed the law regarding MAiD to allow certain individuals to end their life even when their death is not “reasonably foreseeable,” so long as their particular condition or disability is considered “irredeemable.”

Many experts, from the world-renowned CAMH (Centre for Addiction and Mental Health) to the Canadian Association for Suicide Prevention, have warned that it is impossible to predict, as per the language of the law, the “irremediability” of mental illness for any individual, and therefore the provision barring the mentally ill from qualifying ought to be permanent.

According to experts Dr. Sonu Gaind, Dr. Ramona Coehlo, Dr. John Maher and Professor Trudo Lemmens, due to the fact that even a severely mentally ill patient can experience sudden improvement, “Permitting MAiD solely on the grounds of mental illness fundamentally violates the right to equal protection of persons with mental illness against premature death.”