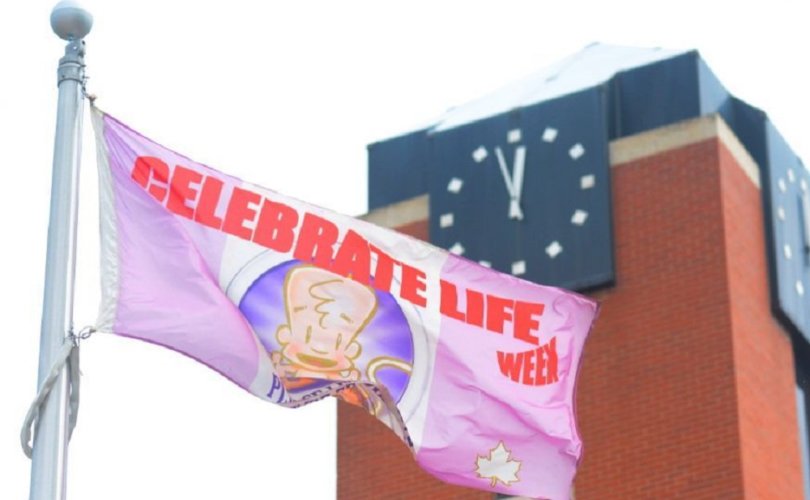 PRINCE ALBERT, Saskatchewan, June 19, 2019 (LifeSiteNews) — A Saskatchewan judge ruled that the City of Prince Albert did not act fairly when it refused to fly a pro-life flag on its courtesy flagpole during Respect Life week in 2017.

Goebel said in her June 7 ruling that the city did not provide “intelligible or transparent reasons” for refusing to fly the pro-life flag and failed to follow its own policy.

However, Goebel dismissed the case because before she heard it last September, the Prince Albert city council passed a motion put forward by Mayor Greg Dionne to nix its courtesy flagpole policy altogether.

The Justice Centre for Constitutional Freedom (JCCF), which defended PARLA in court, said in a report on the victory that it was pleased with Goebel’s “rebuke” of the city for “mishandling of the application tendered by PARLA.”

Goebel wrote that it was “evident that the City did not follow its own Policy or proceed in a procedurally fair manner” and that she was unable to apply “any reasonable analysis [of the City’s decision], because of the lack of intelligible or transparent reasons.”

PARLA had flown a flag on the courtesy pole for 20 years, and flown this particular pink-and-white flag, which has a logo of “Umbert the Unborn,” a cartoon fetus, and the phrases “Celebrate Life Week” and “Please Let Me Live,” since 2007, according to the JCCF report.

However, in April 2017, Mayor Dionne told PARLA that while Celebrate Life Week would be proclaimed, the pro-life flag could not be raised, as it was not a “national flag” or “nationally recognized flag,” JCCF said.

Dionne did not give any reasons for the decision, and the following day, the city “publicly announced in the media that PARLA’s flag would never again fly on the flagpole,” it reported.

“The city felt that they had actually respectfully communicated with the group,” Holash said. “But the judge felt that it could have been handled differently.”