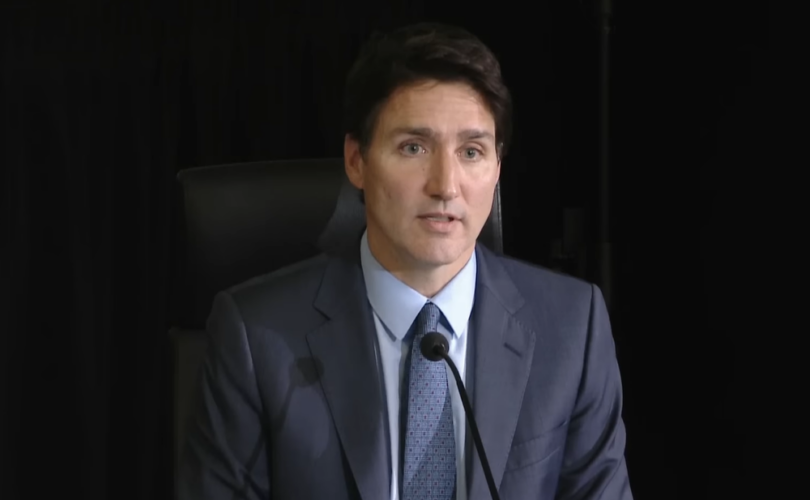 OTTAWA (LifeSiteNews) – A top Canadian civil liberties group said that high thresholds in place for initiating the Emergencies Act (EA) were not met by the government of Prime Minister Justin Trudeau, who used the extra powers to crush the Freedom Convoy in February.

The Canadian Civil Liberties Association (CCLA) said Friday in a statement that “Trudeau agreed that the threshold for invoking the Emergencies Act shouldn’t be lower than the threshold for CSIS to surveil a single person.”

“The government exceeded the bounds of the law in taking the steps it did,” said Cara Zwibel, the CCLA’s director of fundamental freedoms who served as its legal counsel.

Zwibel added that Trudeau’s use of the EA “signals to future government about when parliamentary process can be bypassed to allow the government to rule by executive order.”

The EA was enacted on February 14.

During testimony before the Commission last week, Alan Honner, a lawyer for the Democracy Fund, said Canadians “must ensure the Emergencies Act is only used as a last resort in the direst of circumstances.”

“Canadians will also be divided over future protests. Tomorrow’s protests could be about environmental issues or it could be about some other political cause,” Honner said.

Seven of Canada’s 10 provinces opposed the use of the EA by Trudeau.

While Trudeau ultimately revoked the EA on February 23, the ability for government to direct banks to freeze the accounts of citizens without a court order led to immense backlash by civil rights groups and others.

Last Friday, Trudeau admitted while testifying before the Commission that the Freedom Convoy was not violent, but he argued that enacting the EA was needed.

He also denied calling “unvaccinated” Canadians names, despite referring to the vaccine-free as “misogynists” and “racists” who deny science.

The hearings into Trudeau’s unprecedented use of the EA to crush the Freedom Convoy began October 13 and concluded last Friday.

The Public Order Emergency Commission will begin a public policy phase this week to recommend potential amendments to existing legislation related to the Freedom Convoy, a process that includes roundtables of “experts.”