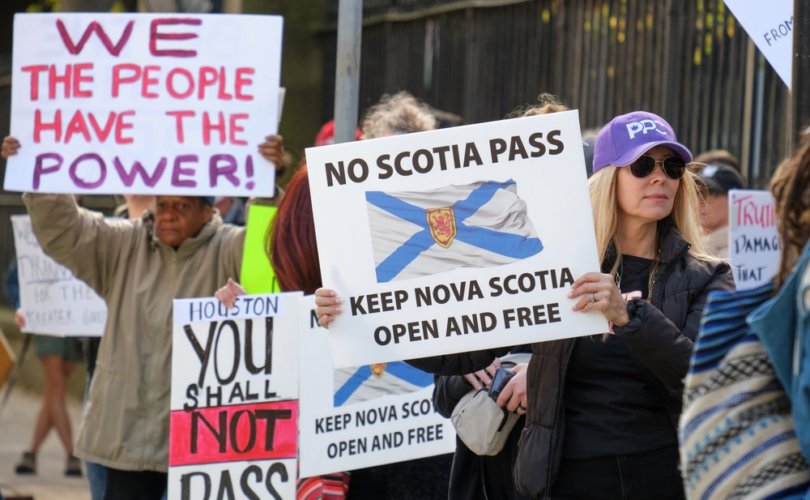 During an appearance before a Nova Scotia Court of Appeal yesterday, the CCLA appealed a May 2021 Nova Scotia Supreme Court injunction by Justice Scott Norton, which banned anyone from organizing or promoting rallies against COVID rules on social media.

Authorities were given extraordinary powers to arrest those who did not follow the court order.

Norton’s injunction was done ex parte, meaning it was done in secret without opposition government members or anyone else being told about it in advance.

In June 2021, the CCLA had first tried to appeal Norton’s May 2021 injunction but was unsuccessful after a judge refused to hear their challenge as the protest ban had already been lifted.

According to a report in Global News, CCLA lawyer Nasha Nijhawan said that the case against the Nova Scotia government is being “argued on principle” regarding the powers of the government.

Nijhawan said Norton’s order was an infringement of the charter rights of Nova Scotians. She also said that if the province’s attorney general is going to the court “without inviting anyone else to present the other side – with 48 hours’ notice – and [asking] for this extraordinary power,” if they are going to do this again, “we need the courts to know what the rules are.”

The CCLA is asking the court of appeal to “evaluate what was done by Justice Norton and whether there were legal errors that warrant review.”

A written decision is expected to come in a few weeks.

Despite being from a “conservative” party, during the trucker Freedom Convoy in February 2022, the Nova Scotia government banned gathering alongside highways, and on all roads and streets. This was done to stop people in the province from showing their support to Nova Scotians who were traveling to Ottawa as part of the Freedom Convoy.

Despite the highway protest ban, which in theory could fine individual violators up to $10,000 for each offense, hundreds came out anyway to show their support to the truckers.