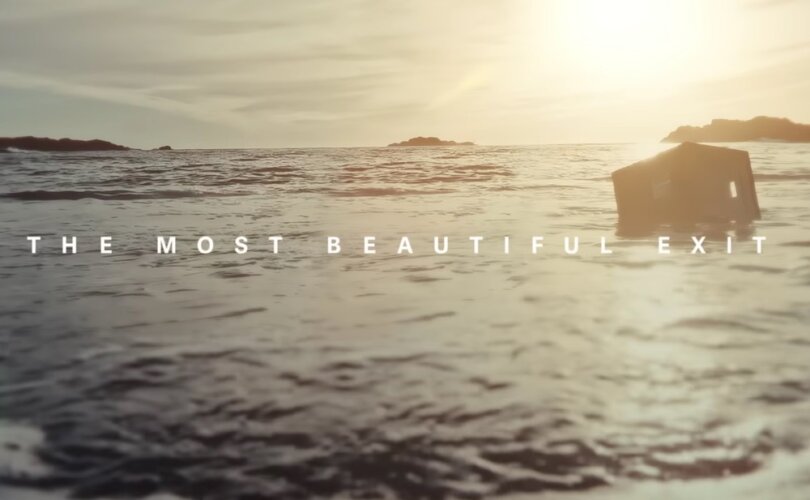 Quebec-based clothing company Simons removed its controversial advertisement campaign “All is Beauty” – the accompanying video featured the title “The Most Beautiful Exit” – after facing numerous accusations that the promotion glamorized assisted suicide.

The campaign, which initially launched in late October, sparked controversy on social media throughout November. As of December 1, the ads are no longer present on the company’s official website or YouTube page.

The ad campaign had featured the story of 37-year-old British Columbia woman Jennyfer Hatch, who on October 23 had opted to die by doctor-assisted suicide due to chronic pain she experienced from having Ehlers-Danlos syndrome.

The company said the intention of the video was for it to be an “inspiration,” with CEO Peter Simons saying, “We really felt — after everything we’ve been through in the last two years and everyone’s been through — maybe it would resonate more to do a project that’s less commercially oriented and more focused on inspiration and values that we hold dear.”

Reacting to Simons’ statement, LifeSiteNews’ Jonathon Van Maren had quipped, “One of those values, apparently, is assisted suicide.”

While politicians largely remained silent despite outrage from the public, People’s Party of Canada leader Maxime Bernier had gone on the offensive, calling the ad, and the euthanasia movement more broadly, a “death cult.”

As a result of Bernier’s outspokenness, many Canadians took to social media to thank the politician for any role he may have played in getting Simons to cancel the campaign.

Thank you @MaximeBernier for being the only politician who openly condemned this abomination while almost no one else did.

As reported by LifeSiteNews, since becoming legal in 2016, euthanasia has been on a meteoric rise in Canada, with consistent efforts having been successfully put forth to further expand the scope of the fatal practice.

In 2021, Prime Minister Justin Trudeau’s federal government passed Bill C-7, which took away many of the so-called “safeguards” found in the initial 2016 bill.

Some of the now-removed “safeguards” included the prerequisite that the person who is looking to take his or her own life with assistance be terminally ill, be able to provide consent at the time of death, and be accompanied by two witnesses during the life-ending procedure.

The controversial law also included a clause that allows, starting in March 2023, “mature minors” and those suffering solely from mental illness to qualify for doctor-induced death.

Due to these expansions – in particular the allowance of those who are chronically ill but not terminally ill to choose death – a recent report has indicated that disabled Canadians are now choosing assisted suicide to escape poverty, with another report stating that doctors in Canada are being urged to actively promote euthanasia as an option to sick patients.