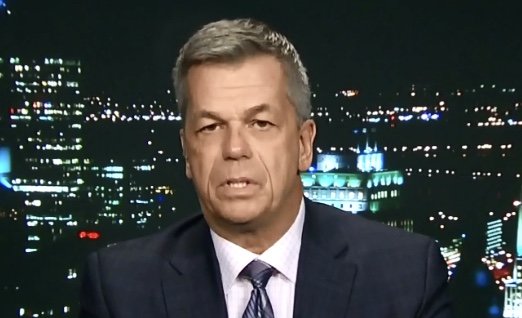 OTTAWA, January 24, 2020 (LifeSiteNews) — An aspiring candidate for Canada’s Conservative Party leadership race sent shockwaves through the media this week and was denounced as “bigoted” by prominent people in his own party after stating on national television that being “gay” is a choice and that abortion is not health care.

But pro-life Quebecer Richard Décarie says people have expressed privately to him the views he is stating publicly, and that they deserve a voice in the Conservative Party.

A strategic communication consultant, Décarie was deputy chief of staff to Stephen Harper when the former prime minister was leader of Canada’s official opposition, and before that, was chief of staff and senior adviser to Daniel Johnson Jr, when the latter was premier of Quebec.

Décarie told Evan Solomon on CTV’s Power Play on Wednesday that he is planning to enter the race as a social conservative candidate. Former Tory leader Andrew Scheer “didn’t defend” his socially conservative views on same-sex “marriage” and abortion,“and that’s where the problem started.  … I think if you are a social conservative and it’s part of the Conservative spectrum, you need to address that,” he said.

Under the party’s stringent new rules, candidates must have the support of 3,000 people who have been party members for 21 days before they sign the candidate’s nomination papers, with 1,000 signatures due by February 27, and the rest by March 25. Candidates must also pay a $200,000 entry fee and a $100,000 compliance deposit.

He also said that “my point of view is that marriage is exclusive to a man and a woman.”

When Solomon pressed him on the last point, Décarie commented, “I think ‘LGBTQ’ is a Liberal term. I don’t talk about people that way, I talk about persons, and I think we all need the full respect for being a human being.”

Emphasizing his “so-con” values, Décarie says “LGBTQ” is a “Liberal” term and that being gay is a “choice.” #cdnpoli #ctvpp

“Do you think (being homosexual), that’s a choice, or do you think it’s biological?” Solomon asked.

“I think it’s a choice,” Décarie said. “How people are behaving is one thing. I think government has a responsibility to encourage the traditional values we had in the past years. That’s the kind of so-con issues I would bring as a leader.”

Décarie must realize he is “off-side from his own party on this,” Solomon said.

At a party convention in 2016, delegates voted 1,036-462 to delete a long-standing Conservative Party policy that defined marriage as a “union of one man and one woman.”

But Décarie said he has spoken to many Canadians who share his views.

“When we discuss one-on-one, they tell you the reality of their own life,” he said.

“I encounter a lot of discussion, where people were saying one thing publicly and another thing privately, so I think it’s important that we get a voice in that party that we are not hearing from, unfortunately.”

Décarie reiterated this the next day to Vassy Kapelos of CBC’s Power & Politics.

“I’m sorry if I offended people. I can tell you that there’s a lot of members who are very happy that I represent their views publicly,” said Conservative leadership candidate Richard Décarie who says being gay is a “choice” and that marriage should be between a man and a woman. pic.twitter.com/aEp64ThetG

He reiterated, too, that abortion should be defunded.

“Pregnancy is not an illness and abortion is not a cure, so based on that I would ensure that no federal tax dollars go towards paying for abortion,” said Conservative leadership candidate Richard Décarie. #cdnpoli pic.twitter.com/2T9quk0Ar2

Top-level Tories immediately repudiated Décarie’s views, with some opining that he should be banned from running for statements that Conservative strategist Korey Teneycke described as “nakedly bigoted.”

But Trost suggested that “a lot of people are concerned Richard is going to do well in the leadership race.”

“I think there’s a lot of people concerned Richard is going to do well in the leadership race,” said @BradTrostCPC. “If you can’t beat a guy at the ballot box, don’t call names, don’t try to exaggerate things…” #cdnpoli pic.twitter.com/Y0TuNiRwir

Tories denouncing Décarie’s statements included MP Pierre Poilievre, who unexpectedly called off his leadership bid on Thursday, and declared candidate and presumed front-runner former Nova Scotia MP Peter MacKay, who tweeted: “Being gay is not a choice and nobody should be running for office on a platform to roll back hard-won rights.”

Calgary MP Michelle Rempel Garner, rumoured to be considering a leadership run,  tweeted that she would not serve in a caucus under Décarie.

I vehemently reject this message. I will not serve under someone whose leadership pitch is that someone's sexuality is something to be “fixed”. I am full on tired of this type of shit defining the conservative movement in Canada. Giddyup, you're going to have to go through me. https://t.co/mHvlGfFWQc

And Alberta MP Garnett Genuis, who has a pro-life voting record, dismissed Décarie on Twitter as unknown entity who has taken an “easy path to notoriety.”

Re Decarie’s dumb comments, most people active in the conservative movement have never met or heard of him. He is not the chosen representative of any internal faction. He is simply a person who told the media he’s running – an easy path to notoriety these days. #cdnpoli #cpcldr

Genuis also appeared on Power Play with declared candidate Ontario MP Marilyn Gladu to further weigh in on the matter.

Gladu opined that prospective candidates must “adhere to the party policy,” although she stated that “social conservatives have a place in the party,” and that “there’s nothing wrong with his opinions … it’s how we treat each other.”

As for same-sex “marriage,” Genuis said “in general” Conservative MPs “would support preserving the civil institution of marriage for all couples, heterosexual and homosexual couples,” even though they might “within their own faith traditions” have a “religious definition of marriage in this context (that) is something different.”

Décarie told CBC’s Kapelos that he’s taking things one step at a time.

“Let’s debate inside the party. If one-third of the party members agree with my position, we will see it through the campaign and that will be a debate in itself. After that, if I win, we will see where it will lead us as the official opposition,” he said.

Meanwhile, rookie Ontario MP Derek Sloan is another social conservative who announced this week that he plans to run for leadership, the National Post reported.

Campaign Life is urging Canadians to buy a Conservative Party membership by April 17 in order to be eligible to vote for the next leader.