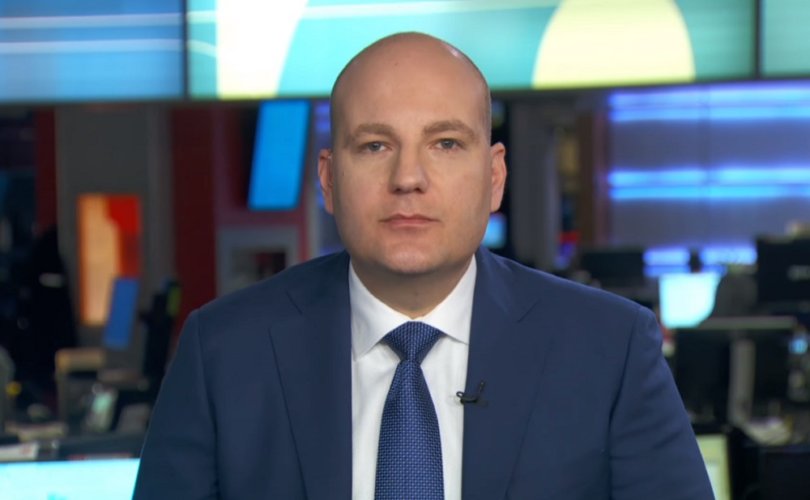 TORONTO, Ontario, March 23, 2020 (LifeSiteNews) — A Conservative Party of Canada subcommittee has banned social conservative candidate Jim Karaholios from running for the leadership of the party. This happened despite the fact that he had submitted the required signatures and funds to be eligible to run in the race.

In a March 20 statement, the Conservative Party of Canada (CPC) said the Dispute Resolution Appeals Committee (DRAC) had ruled that Karaholios, an Ontario lawyer, was officially disqualified from the race. No reason was given.

The DRAC is a subcommittee of the Leadership Election Organizing Committee (LEOC) of the CPC, which oversees candidates. Its ruling reads:

After careful consideration of all the evidence and submissions of Mr. Karahalios and the complainant, and the findings and reasons for decision of the Chief Returning Officer, the Dispute Resolution Appeals Committee rules that Mr. Karahalios be disqualified as a candidate for Leader of the Conservative Party of Canada.

According to the CPC official statement, the party’s chief returning officer (CRO) reviewed a complaint made against Karaholios on March 9. The complaint against him was for “statements made by Mr. Karahalios through email, mail, and social media earlier in the month.”

After reviewing testimony from both the unnamed complainant and Karaholios, the CRO made a ruling (which has not been made public) on March 17 regarding Karaholios after consultation with the LEOC. Karaholios unsuccessfully appealed the March 17 decision the following day.

LifeSiteNews contacted the CPC for comment regarding Karaholios being disqualified but was told to refer to the official party statement.

The official CPC statement ends as follows: “No further comment will be made by LEOC, the Co-Chairs, the CRO or DRAC.”

The banishment of Karaholios marks the second time in a month that a socially conservative candidate has been prohibited from running in the party leadership race. In late February, pro-life and pro-family advocate Richard Décarie was barred from running.

Karaholios has the support of Campaign Life Coalition (CLC) as one of three pro-life socially conservative approved candidates, alongside Derek Sloan and Leslyn Lewis. Sloan and Lewis are now officially on the ballot.

In a March 20 statement about the matter, CLC said it was “outraged” that Karaholios is barred from running, going on to say he has every right to be there.

“He has earned the right to be on the ballot,” said Jeff Gunnarson, National President of CLC. “Accordingly, grassroots party members have a right to vote for him in this leadership race.”

Today, CLC launched a petition in support of Karaholios, which calls on the CPC’s National Council to reinstate him as an official candidate, saying his disqualification was “illegitimate.”

“His unlawful ‘disqualification’ at the hands of the party’s Dispute Resolution Appeals Committee (DRAC) is illegitimate,” says the CLC petition.

“According to the published leadership election rules, this small group of anonymous people on DRAC do not possess the authority to disqualify candidates.”

The petition ends with a call to action to “demand that CPC National Council override DRAC, and reinstate Jim’s candidacy, effective immediately.”

In an email sent to his followers on March 22, Karaholios said it was not LEOC that disqualified him; rather, it “was done by a small group of anonymous people who did not have the authority.”

CLC’s political operations director, Jack Fonseca, said in the March 20 CLC statement that CLC is pleased to have at least half of the candidates be social conservatives, but “[i]t should be three out of five, and LEOC cannot be allowed to get away with this.”

In addition to Sloan and Lewis, only two other candidates are officially fully on the ballot: pro-abortion Peter MacKay and Ontario M.P. Erin O’Toole.

There are two other approved candidates in the running, Marilyn Gladu and Rudy Husny, who have until March 25 to submit the remainder of $300,000 along with 3,000 signatures to the party to stay in the race. Rick Peterson announced on Friday that he was withdrawing.

The CPC and the LEOC have come under fire from approved candidates for not postponing the leadership race considering the coronavirus epidemic. Sloan blasted the LEOC this past Sunday for not delaying and moving forward all deadlines.

As it stands now, the leader will be announced at the June 27 party convention in Toronto.

The deadline to be eligible to vote in the CPC leadership race is April 17, and one must be a member of the party to vote. CLC is asking pro-life Canadians who are over the age of 14 to purchase Conservative Party memberships before the deadline.