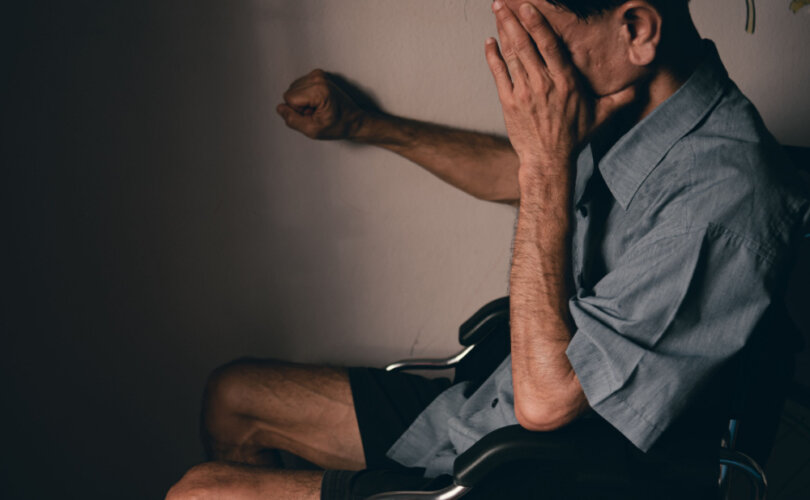 (LifeSiteNews) – An increasing number of Canadian disability groups are taking to task Canada’s ever-permissive euthanasia laws by telling members that their lives “matter” and that they will not be recommending they obtain government-sanctioned assisted suicide.

One such group, the New Brunswick Coalition of Persons with Disabilities, recently posted a sign on its Facebook page telling its members that “you are safe with us.”

The group promised to speak out for “necessary supports and services you require” and not push euthanasia on members.

Another group, Disability Without Poverty, posted a note that has been shared widely on social media saying, “This organization will not recommend, suggest or refer anyone to Medical Assistance in Dying as an alternative to assisting in obtaining necessary supports and services you require.”

The group BCANDS, which bills itself as an “award-winning, Indigenous, non-profit Society advancing the unique disability and health needs of Indigenous persons, families and communities” has also come out strongly against MAiD.

— Article continues below Petition —
The Quebec College of Physicians must not be allowed murder infants
Show Petition Text
4913 have signed the petition.
Let's get to 5000!
Thank you for signing this petition!
Add your signature:
Show Petition Text

Its Twitter profile contains a pinned Tweet that reads, “Medical assistance in dying, has never and will never be an acceptable alternative to adequate supports and services, never.”

“You are important, you are valuable, and you have a right to a good life. To those that would have you believe otherwise, go hang your heads in shame.”

Pro-life advocates have sounded the alarm that the federal government of Prime Minister Justin Trudeau has allowed Canada’s euthanasia or medical assistance in dying (MAiD) laws to spiral out of control.

Due to massive pushback from conservative politicians and citizens last year, the Trudeau government is now looking to delay the expansion of the nation’s euthanasia law to be applicable to those suffering solely from mental disorders.

However, late last year, pro-life Delta Hospice Society (DHS) president Angelina Ireland told LifeSiteNews that the recent delay in the expansion of Canada’s euthanasia law does not mean the government is reversing course on its grisly plans.

Conservative Party of Canada (CPC) leader Pierre Poilievre recently blasted the Trudeau government over “embarrassing” reports that no less than six veterans had been offered assisted suicide instead of the help they need to get better.

In recent weeks, reports have surfaced that reveal that Canadian veterans were being offered MAiD by workers at Veterans Affairs.

Recently, a coalition of some 50 Canadian disability and anti-poverty non-profit groups co-signed a letter sent to Canadian Minister of Justice David Lametti, telling him that the expansion of government-sanctioned euthanasia needs to stop.

The letter shared by BCANDS reads, “We, the undersigned disability and human rights organizations, are writing to express our concern and opposition to the legalization of Medical Assistance in Dying (MAID) for mental illness and to the already-legal practice of euthanizing people with disabilities who are not terminally ill.”

“The legalization of MAID for mental illness is a discriminatory process that is made worse by systemic poverty, a national housing crisis, and inadequate access to support in the community. We know, as do you, that the existing law is not working and has not worked, and that people with disabilities have been dying by MAID due to their life circumstances and oppression.”

The group said that for the government to “legalize MAID for mental illness would pour gas on a fire that is already out of control.”

“As a country, we cannot provide state-assisted death to people who are not terminally ill, without ensuring a legislated right to a decent life for all,” the group’s letter noted.

The group then stated that Canada’s current MAiD laws have “chipped away at the constitutional protections of Canadians.”

“The very existence of the current law is a threat to the lives of people with disabilities and their families,” the group’s letter reads.

The group then called upon the Trudeau government to “take the necessary steps to not just delay MAID for mental illness but to fully roll back the sunset clause and to repeal track two MAID (for persons not terminally ill) as introduced under Bill C-7.”

“We cannot allow systemic discrimination of this magnitude and risk to continue. The government’s ill- considered, trial-and-error experiment on the lives of persons with disabilities is failing. It is time to ensure protection for all, including people with disabilities.