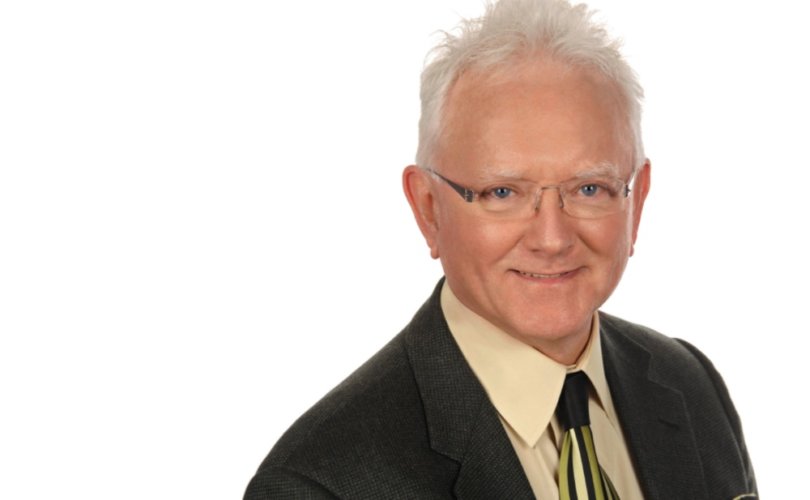 “I’m a medical specialist in pathology which includes virology. I trained at Cambridge University in the UK…the bottom line is simply this: There is utterly unfounded public hysteria driven by the media and politicians. It’s outrageous. This is the greatest hoax ever perpetrated on an unsuspecting public. There is absolutely nothing that can be done to contain this virus,” said Dr. Roger Hodkinson, at an Edmonton, Alberta, City Council Community and Public Services Committee meeting held on November 13 (8:25:58 mark).

“Other than protecting older, more vulnerable people, it should be thought of as nothing more than a bad flu season. This is not Ebola. It’s not SARS. It’s politics playing medicine and that’s a very dangerous game.”

In his commentary to the committee, Dr. Hodkinson ripped mask-wearing, saying that besides being ineffective, masks are not properly worn by the “lemmings” who put them on.

“Masks are utterly useless. There is no evidence base for their effectiveness whatsoever. Paper masks and fabric masks are simply virtue-signaling. They’re not even worn effectively most of the time,” said Hodkinson.

“It’s utterly ridiculous. Seeing these unfortunate, uneducated people – I’m not saying that in a pejorative sense – seeing these people walking around like lemmings, obeying without any knowledge base, to put the mask on their face.”

Hodkinson received his medical degree from Cambridge University in the United Kingdom and also served as a chairman of a Royal College of Physicians and Surgeons of Canada Committee in Ottawa, Ontario.

He is currently the CEO of Western Medical Assessments in Edmonton, is a Royal College-certified pathologist in Canada, has worked at the University of Alberta, and runs a North Carolina molecular diagnostics company called MutantDx.

Hodkinson’s commentary also mentioned the Great Barrington Declaration, which to date has been signed by over 12,000 medical professionals who have concerns about the “damaging physical and mental health impacts of the prevailing COVID-19 policies.”

Hodkinson ripped so-called social distancing as “useless” because according to him, “COVID is spread by aerosols which travel 30 meters or so before landing.”

“Enclosures have had such terrible unintended consequences. Everywhere should be opened tomorrow as well as was stated in the Great Barrington Declaration that I circulated prior to this meeting,” said Hodkinson.

​​​Hodkinson went onto say that what is currently needed to stop COVID-19 is for people to stay home if they are feeling sick, eat some “chicken noodle soup,” and make sure those who are vulnerable are given Vitamin D.

“There is no action of any kind needed other than what happened last year when we felt unwell. We stayed home, we took chicken noodle soup, we didn’t visit granny and we decided when we would return to work. We didn’t need anyone to tell us,” said Hodkinson.

“All that should be done is to protect the vulnerable and to give them all in the nursing homes that are under your control, give them all 3,000 to 5,000 international units of vitamin D every day which has been shown to radically reduce the likelihood of Infection.”

Toward the end of his commentary, Hodkinson went after excessive COVID-19 testing, which he says he is “in the business of,” saying that a positive result does not mean a “clinical infection.”

“I’m in the business of testing for COVID. I do want to emphasize that positive test results do not, underlined in neon, mean a clinical infection,” said Hodkinson.

“It’s simply driving public hysteria and all testing should stop. Unless you’re presenting to the hospital with some respiratory problem.”

The November 13 meeting held in Edmonton City Council chambers saw a steady stream of the public join in virtually to have their voices heard regarding the city’s face-covering bylaw.

At the provincial level, Alberta’s Premier Jason Kenney has declined to introduce a province-wide mask mandate and has instead left it up to each municipality to come up with their own laws.

The Edmonton mandatory mask bylaw went into effect on August 1 and is set to expire December 31, but city administrators have asked the city council to extend this until May.

Only three out of 12 Edmonton city councillors voted against the cities mandatory mask bylaw: Mike Nickel, Jon Dziadyk, and Tony Caterina. Edmonton Mayor Don Iveson has been a strong advocate of the bylaw.

Alberta has registered 451 deaths attributed to COVID-19 to date. The average age of those who have died is 82 years old, which is on par with Canada’s official life expectancy statistics.

Despite the seemingly large number of deaths, the province's statistics clearly show that only 10 people have died from COVID-19 alone. The majority of the deaths, or 325, are listed as having three or more comorbidities.

“The scale of the response that you are undertaking with no evidence for it is utterly ridiculous given the consequences of acting in a way that you’re proposing. All kinds of suicides, business closures, funerals, weddings etc. It’s simply outrageous! It’s just another bad flu and you’ve got to get your minds around that,” said Hodkinson.

“Let people make their own decisions. You should be totally out of the business of medicine. You’re being led down the garden path by the chief medical officer of health for this province. I am absolutely outraged that this has reached this level. It should all stop tomorrow.”