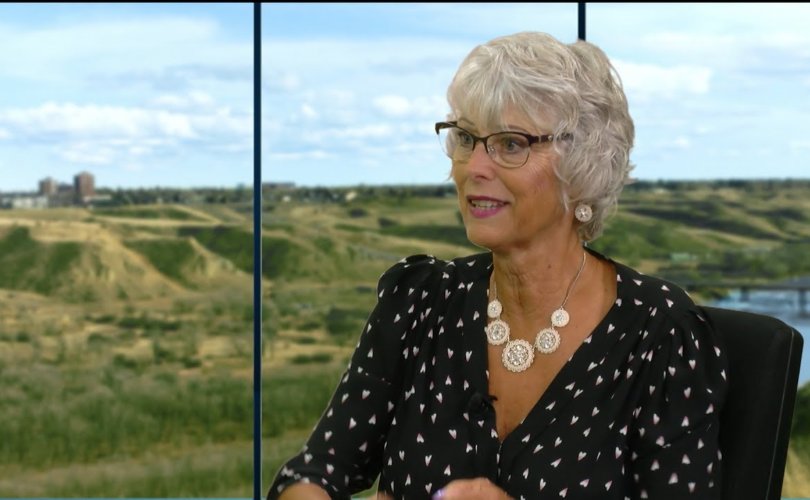 (LifeSiteNews) – A Canadian doctor said the federal government has no “business” knowing her private medical information after being fined thousands for not using Canada’s much-maligned ArriveCAN travel app upon returning home via a land border.

In speaking with LifeSiteNews, Dr. Ann Gillies, a Canadian trauma specialist from Ontario working with Restoring the Mosaic, recounted a recent experience she had in July upon driving back into Canada from the United States.

Gillies received a $6,255 fine for not using Canada’s ArriveCAN app upon entry into the country as a means to state her COVID jab status, and for not having a negative COVID test upon arrival. Her ticket was issued under Canada’s Quarantine Act.

“ArriveCAN in general and the fact that they want you to put an app on your phone, I am not complying with this,” Gillies told LifeSiteNews.

“They don’t need to know my medical information, it’s not up to the government, it’s up to my doctor.”

Gillies added that when it comes to the government wanting to know where people are, “let’s face it, they already track us, one way or another,” she said.

“But I don’t need to help them in any way, shape or form.”

ArriveCAN was launched in April 2020 and was made mandatory in November 2020.

As it stands now, all travelers arriving in Canada must use the ArriveCAN app to submit their travel and contact information, as well as any COVID vaccination details, before crossing a land border or boarding a flight.

Via ArriveCAN, all travelers continue to be “required to submit their mandatory information in ArriveCAN (free mobile app or website) before their arrival in Canada.”

Canadians who are not jabbed are allowed to come home to Canada, but the government says they must use the ArriveCAN app, produce a negative COVID test, and quarantine for 14 days.

Canada is an outlier in the world in the targeting of the vaccine free by forcing them into quarantine upon returning home.

Gillies in late June traveled to the United States to attend a conference. She told LifeSiteNews that she was first denied entry into the U.S. for not having the jab but was able to later cross at another border no questions asked.

While driving back into Canada after her first attempt into the U.S. was not successful, Gillies noted how the officer on site said to her if she would have stepped out of her car, she would have been mandated to “isolate for 14 days.”

“I looked at her (the border officer) and I said, ‘that is really random,’” Gillies told LifeSiteNews.

Gillies spent the better part of three weeks in the U.S, and when coming home she crossed into Canada via the Sarnia, Ontario land border.

She was then sent to a side “health” office at which she was told that she would have to go back into the U.S. to get a COVID test.

Gilles told the health person that she was not “going to go back.” At this time, another person came over to her and told at “at least eight times” to “just go back across the border and get your test.”

Gillies said to LifeSiteNews that she told the agent, “I’m not going back.”

She was then told by a health agent that she needed a COVID test “to come back into Canada.”

Gillies then said to the health agent, “I am in Canada.”

At this point, she noted that the agent gave her two home test COVID kits.

“If they are worried about COVID, why would they not just give me the test. It’s ridiculous,” Gillies told LifeSiteNews.

It was at this point Gillies was fined and then was allowed to go home without being given any real details on what to do with the test kits.

She told LifeSiteNews that she never got “one single phone call” from a public health officer.

Gillies plans on challenging her ticket in court.

Gillies: Jabs are ‘not working’

Gillies noted to LifeSiteNews that she thinks many who have had the jabs are starting now to see that they are not “working.”

“The fully jabbed are starting to recognize that the vaccines are not working,” Gillies told LifeSiteNews.

“The fully jabbed getting very ill … the percentages are really spiking up with them.”

According to Canada’s Vaccine Injury Support Program, there have been a total of 774 claims received from the program since it was launched in 2021. Only eight claims have resulted in financial compensation.

When it comes to COVID jab adverse events in general, there have been, officially at least, 50,000 post-COVID injection adverse events reported in Canada.

Last week, news broke that David Crouch, who despite having four COVID shots, was told by the ArriveCAN app that he had to quarantine for 14 days when he got home.

Trudeau “suspended” the COVID travel vaccine mandates on June 20. However, those without the jabs still must quarantine for two weeks upon returning home.

The ArriveCAN app is now being investigated by a federal privacy commissioner as a result of a privacy protest.