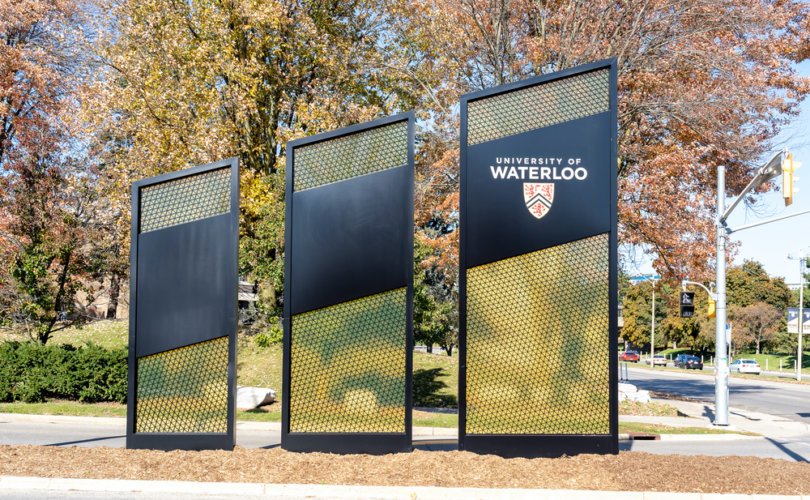 WATERLOO, Ontario (LifeSiteNews) – A medical doctor and professor at Canada’s esteemed University of Waterloo doubled down in his opposition to vaccine mandates in another bold letter to his academic superiors.

In a letter dated October 5, Dr. Michael Palmer, a board-certified medical microbiologist teaching pharmacology at the University of Waterloo (UW), once again rebuked the university’s leadership over their imposition of an “illegal” COVID vaccine mandate.

Palmer’s letter, addressed to the university’s president, chancellor, department of chemistry chair, and dean of the faculty of science, opens strongly with the doctor stating: “This letter is to inform you that I categorically refuse to comply with any of the COVID vaccine-related mandates imposed on its employees by the University of Waterloo:

Back in August, Palmer, along with 50 other people affiliated with the university, wrote an open letter to UW rejecting the school’s announcement that it was going to implement a vaccine mandate requiring all faculty, staff, and students to receive the experimental COVID-19 injections or be denied access to the premises.

Palmer told LifeSite that since the “get-go” the university has “refused to engage” with him or his concerns.

He mentioned that he suspects the “main addressees – the chair and the dean” likely “don’t even have permission” to engage with him, citing that all of their communications through email have “been completely robotic and concerned solely with procedure and protocol.”

When asked why he thinks that UW, and academic institutions more broadly, have been so stringent with vaccine mandates and other so-called COVID-19 measures, Palmer asserted that the “leadership” is “stacked with globalist stooges, just like all other important institutions of society, and are subservient to the [so-called COVID-19] agenda.”

In this most recent letter, Palmer wrote that his stance against forced and coerced vaccination will likely “result in sanctions” against him, per the university’s communications and policies, but that he accepts that fate. Cordially, Palmer even mentioned that he will be cooperative with the school in finding a replacement for him “as to minimize the disruption for the students” in his classes.

Dr. Palmer, a certified medical doctor and microbiologist, told LifeSiteNews by email that his opposition to the vaccines is “not in spite of [his] medical education, but BECAUSE of it,”

“There is just no way that any competent medical scientist who makes an honest effort to himself could not see that these vaccines – in particular the mRNA vaccines, which are touted as ‘the safe choice’ – will cause grave harm, and with a sufficient number of cumulative doses certain death,” he added.

His newest letter also mentions recent media reports outlining the deaths of “four young students from Guelph, Queens, and Ottawa Universities.” According to the doctor, with the “limited information provided” regarding the “sudden deaths,” they “look very much like adverse vaccine effects.”

The doctor backed up his opinion by proving that he is far from alone among medical experts opposing these shots and the draconian measures used to coerce as many people as possibly to be injected.

“Take, for example, the University of Guelph,” he said, referring to another important Ontario university.

“They have immunologists Byram Bridle, Bonnie Mallard, and Niel Karrow, who are clearly the most competent people at that institution, and who are on our side of the debate. But the school’s leadership persecutes them rather than asking them for guidance. This cannot be construed as some sort of honest error.”

As reported last month, Dr. Bridle as well as Dr. Robert Malone, the main inventor of  mRNA vaccine technology, both touted their opposition to mandatory vaccinations, especially in younger people.

“We have known for a long time that the spike protein is pathogenic,” Bridle said in an interview this May.

“It is a toxin,” he added. “It can cause damage in our body if it’s in circulation. Now, we have clear-cut evidence that … the vaccine itself, plus the protein, gets into blood circulation.”

As shown in a recent report regarding the World Health Organization’s database, over 2 million adverse reactions to the COVID-19 jab have been reported in 2021 alone, with effects including vaginal hemorrhaging, myocarditis, brain neoplasms (tumors), spontaneous abortion, stillbirth, pulmonary embolism, renal failure, and hundreds of others.

Multiple Canadian doctors outside academia have also publicly denounced the safety and efficacy of the jab.

Dr. Patrick Phillips, a medical doctor in rural Ontario, has consistently posted about his opposition to vaccine mandates, lockdowns, and other forms of medical coercion on social media.

Instead of considering the legitimacy of Phillips’ claims, the College of Physicians and Surgeons of Ontario has placed sanctions on the doctor, prohibiting him from providing COVID-19 related exemptions to patients, and even revoking his ability to prescribe the life-saving drug used to treat COVID: Ivermectin.

In August, another Ontario doctor, Rochagné Kilian, grilled the CEO of Grey Bruce Health Services, where she worked as an emergency room physician before resigning over her concerns that the health system has breached ethical lines regarding the COVID-19 injections, which do not complete clinical trials until 2023 at the earliest.

When Kilian fielded her worries that the hospital was forgoing the standard approach to informed consent, CEO Gary Sims told her that during a “pandemic” what may feel like “infringing” upon an individual’s medical rights, or “taking short cuts,” is actually just action being taken “directly to save lives.”

According to Kilian, a whopping 80 percent of patients she saw in the ER with inexplicable symptoms were “double vaxxed”, including diabetics with a sudden and shocking change in their blood sugar levels, and people with cardiac issues who did not fit risk categories.

There is a hopeful conclusion to Dr. Michael Palmer’s story: he revealed his potential plans for the future, assuming UW follows through with their policy and terminates him.

“My hope is to get involved with starting up a new university – one that upholds ‘old-fashioned’ values such as honesty, academic rigour, and free speech,” he told LifeSiteNews.

“I have met numerous academics who feel alienated from their institutions and are interested in joining such an effort. I feel the fuel is in the air – it just needs a spark.”