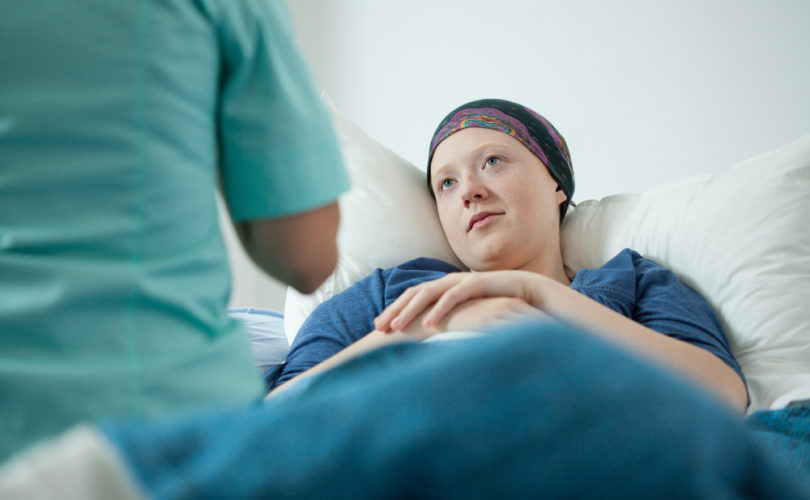 (LifeSiteNews) — Canadian doctors are being encouraged to suggest euthanasia, even if their patients have shown no previous inclination towards it.

Guidelines released by the Canadian Association of MAiD Assessors and Providers (CAMAP) in 2019 clearly state that doctors are duty-bound to suggest to their patients that death is an alternative form of healthcare. Without doctors initiating such a conversation, the guidelines say, patients would not have “informed consent.”

“… [P]hysicians and nurse practitioners (jointly referred to hereafter as clinicians) involved in care planning and consent processes have a professional obligation to initiate a discussion about MAiD [medical assistance in dying] if a patient might be eligible for MAiD,” the document reads.

“The discussion should include all treatment options, including palliative care and the option of MAiD,” it adds, saying that this conversation is “required to fulfill informed consent criteria and support patient autonomy.”

According to a November 2, 2022 article in Canada’s National Post, CAMAP’s vice president Dr. Konia Trouton said that the standards set in the guidelines are necessary to ensure that patients know what their options are. She also remarked that she sees no reason why there should be any ethical controversy over the matter, saying that it is just the same as asking patients about any other medical choice, such as what their hopes and goals for their lives are.

“We have to make sure that people are aware of their options,” she said. “Awareness is not the same as coercing them or pushing them in that direction.”

“There shouldn’t be any ethical tension in bringing up with a patient that [sic] has a serious illness, disease, or disability, ‘What are your goals? What are your hopes? What are the things you want done and do not want done?” she continued.

However, while the CAMAP guidelines say that doctors must never discuss MAiD with the intention of “inducing, persuading, or convincing the patient to request MAiD,” an article by The National Post suggests that bringing up the topic with a patient at all could be seen as pressuring them towards it.

“.. [S]ome ethicists argue that introducing death as a “treatment option,” without the person suggesting it first, is seriously problematic, especially within the expanding realm of MAID,” the article reveals, explaining that some people could be “unduly influenced to choose to have their life intentionally ended, given the power dynamics of the doctor-patient relationship.”

— Article continues below Petition —
The Quebec College of Physicians must not be allowed murder infants
Show Petition Text
4931 have signed the petition.
Let's get to 5000!
Thank you for signing this petition!
Add your signature:
Show Petition Text

The National Post quotes bioethicist Dr. Kerry Bowman of the University of Toronto, who suggested that discussing MAiD as an option could lead people to believe their doctor is recommending it to them.

“Some people, no matter how well-handled your conversation, may infer that it’s essentially a suggestion,” he said.

The guidelines have also raised concerns about the freedom of doctors to exercise their conscience rights, as it states that “all healthcare professionals with conscientious objection to MAiD should be aware of their professional responsibilities and accountabilities.”

“Holding a conscientious objection to MAiD does not negate these obligations,” the guidelines state. “Rather, it activates alternative duties to discuss the objection with the patient and to refer or transfer the care of the patient to a non-objecting clinician or other effective information-providing and access facilitating resource. We recommend a unifying national guideline on this practice to facilitate the highest level of care.”

In the same article, LifeSiteNews also quoted Calgary lawyer John Carpay, president of the Justice Centre for Constitutional Freedoms, who argued for a doctor’s right to follow his or her conscience, even if his beliefs do not match his patient’s.

Carpay also said that without the right to follow one’s conscience and reach their own conclusions, doctors’ particular “knowledge, training, and judgment” would be greatly devalued.

“… [W]hat would be the consequences of forcing doctors to abandon their professional judgment and violate their conscience in order to pander to patients’ wishes?” Carpay rhetorically asked.

“If the government compels doctors to supply whatever patients demand, this presupposes that a patient’s knowledge, training and judgment is at least equal to that of the doctor’s. And if so, why bother with a medical profession in the first place?” he continued.

“If individual doctors don’t have the right to reach their own conclusions as to what is good or bad, why bother to distinguish doctors from those who are not doctors?”