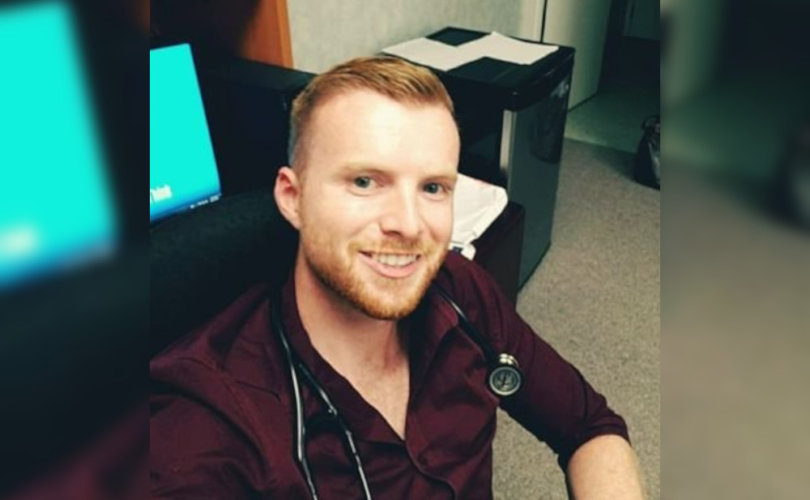 Dr. Patrick Phillips’ career as an emergency physician in Ontario came to a halt on May 3, the Epoch Times reported. For over a year the doctor had contradicted the medical establishment in his approach to COVID — both in practice and on social media, where he had had about 40,000 Twitter followers before his account was suspended.

The notice stated that Phillips was also accused of “making misleading, incorrect or inflammatory statements about vaccinations, treatments and public health measures for COVID-19” in his online communications between about “August 2020 and September 2021.”

Phillips had been boldly and repeatedly criticizing COVID-related health policy on social media. For example, according to CBC News, in a series of tweets on Sept. 25, Phillips compared COVID-related public health measures to the treatment of people with disabilities in Nazi Germany.

The news outlet added that he had also accused Ontario’s vaccine certificate system of being “illegal” and predicted that it would be used to “deny medical care, food, banking and shelter” to the unvaccinated.

As a result of his open dissent from established medical policy, in both word and practice, in September 2021, when he was issued his hearing notice, Phillips was barred from prescribing ivermectin and from providing exemptions for COVID-19 shots, face masks, and COVID testing.

In a Twitter post that month, Phillips said COVID-19 testing is “not a harm-free procedure.” He cited the example of a young girl who received a nasal swab test in order to return to school; afterwards she bled from her nose and one of her eyes, the Epoch Times reported.

In an interview with BrightLight News published October 2021, Phillips explained why he spoke out on the harms of the standard COVID response to patients despite the risk he knew it posed to his own continued medical practice.

“This involuntary harm against patients is something I’m not willing to sell my soul for,” Phillips said. “I would not be able to live with myself as a physician if I just stood by silently watching patients being harmed.”

Phillips soon thereafter explained to LifeSiteNews that he saw harm being inflicted on patients in a variety of ways: through lockdown policies, coercion from physicians to get “vaccinated,”failure to disclose the potential long-term adverse effects of the jab, and denial of medical appointments to those who chose not to take the COVID inoculations.

He noted that while he wanted to keep his medical license, “There’s so much more at stake in this fight. I’m seeing society crumble. We’re losing all of our fundamental freedoms…the very basics of medical ethics, like free and informed consent, which were the bedrock of medicine up until 2020, are being thrown out.”

Phillips said in a “closure letter” shared with The Epoch Times that the suspension came “without notice,” and that he is now prohibited from issuing prescription repeats, completing medical workups, and interpreting test results,.

He has taken the news in stride, however, commenting, “I sincerely believe that all that happens in our lives is for our highest spiritual growth and evolution. Through deep and sincere forgiveness of both self and others, every hardship we face is in fact a blessing of immense value,” he wrote.