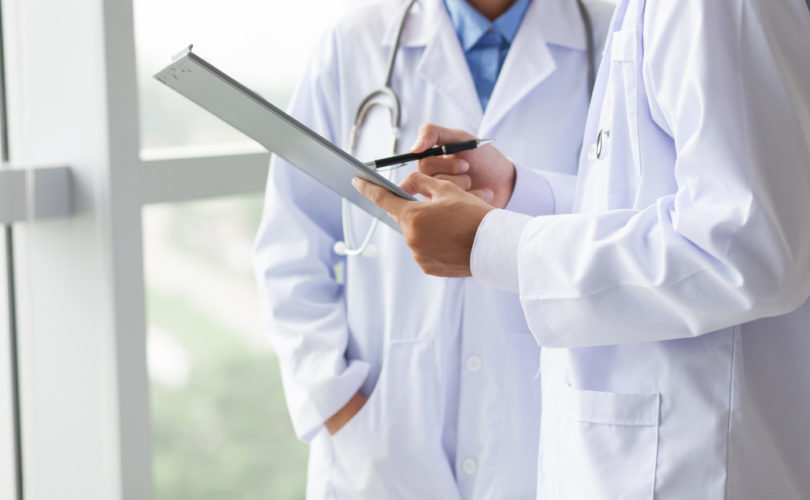 Confusion reigned over the Canadian Medical Association’s vote this week to assert the conscience rights of doctors faced with decisions about euthanasia and assisted suicide.

The 250 members of the CMA’s general council pleased some opponents of euthanasia by voting 91 percent in favor of the right of a doctor who is morally opposed to euthanasia to refuse to do it.

But other anti-euthanasia activists were dismayed because the same motion protected the moral right of doctors who approve of euthanasia to perform the procedure.

“This is the edge of the wedge, the first step in the wrong direction,”  said Alex Schadenberg, executive director of the London, Ontario-based Euthanasia Prevention Coalition.

Until now, he told LifeSiteNews, CMA policy forbade both euthanasia (where the doctor administers fatal drugs) and assisted suicide (where he or she supplies the drugs to the suicidal patient).

“But now they are saying, ‘Your conscience gives you the right to kill your patients,’” said Schadenberg. “This is totally contrary to what the World Medical Association says. It opens the door to utilitarian questions like: When should we do it? To whom should we do it?”

But some who are opposed to euthanasia, especially in Quebec, regard the CMA vote more favorably.

Margaret Somerville, director of the McGill University Centre for Medicine, Ethics and Law, told the Sun News Network that the motion was needed because Quebec’s new Aid in Dying Act “will make doctors complicit” in acts of euthanasia.

Ostensibly the Quebec law, which is being challenged by anti-euthanasia activists, does not force doctors to euthanize patients who request it. But they must report each request to the hospital administration.

The CMA motion means doctors who refuse to do even this much to facilitate euthanasia will be defended against government sanctions.

But the motion’s double effect clearly had Sun News stumped. Host Michael Coren was clearly nonplussed when he interviewed an anti-euthanasia doctor whom he clearly expected to criticize the CMA resolution, only to find him supportive, because, like Somerville, the doctor was from Quebec and therefore faced the very real prospect of government pressure.

“It’s a terrific development,” its executive director, Wanda Morris, told LifeSiteNews: “It gives doctors the freedom to follow their consciences.”

Morris objected to the “slippery slope” argument often advanced against euthanasia legalization. “It’s not a new argument,” she said, “and it is as logically flawed today as it was more than a hundred years ago when people argued that if you gave women the vote they would stop having children and the human race would die out.”

Instead of going down a slippery slope, she said, “society is evolving in a way that gives people more control over their own medical care, especially at the end of life.”

When told that Somerville had told Sun News that “respect for life was the most fundamental value in society,” Morris responded: “We do value life, but death is a part of life. But when a person has cancer of the bowels, is traumatized by pain and is vomiting up their feces, a doctor should be able see they don’t suffer needlessly.”

But the slippery slope argument does not depend on outlandish examples from history. The Quebec anti-euthanasia group, Living with Dignity Quebec describes on its website how Belgium and the Netherlands both legalized euthanasia, for consenting adults alone, a dozen years ago. Now, however, The Netherlands allows infants, and Belgium permits teenage minors to be euthanized, while the conditions in which euthanasia is permitted have rapidly expanded from cases of terminal illness, to non-fatal neurological conditions and even depression.

Meanwhile, studies have found a growing number of cases of “involuntary” euthanasia, with doctors and nurses unilaterally deciding to euthanize patients without their consent.

Quebec bishops: Euthanasia bill would bring ‘grave and harmful consequences’
Belgian intensive care doctors back involuntary euthanasia
There is no law that can contain euthanasia – especially if the criteria is eliminating suffering