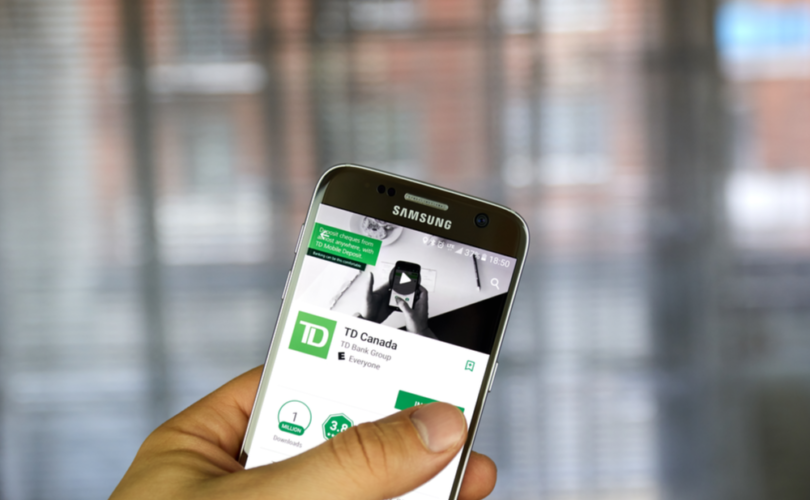 OTTAWA (LifeSiteNews) – A Canadian farmer from Saskatchewan says his bank accounts were frozen because of a $500 donation he gave to the trucker Freedom Convoy’s GiveSendGo page. The incident now has him thinking about “moving away out of Canada.”

According to a Western Standard report today, the farmer, who chose to keep his name under wraps for fear of more reprisals from authorities, had donated to the Freedom Convoy’s GiveSendGo page after the group’s original GoFundMe page was canceled on February 4.

He said days after donating, both his personal and business bank accounts were “frozen.”

The farmer said, as reported by the Western Standard, that he had noticed what he called “red flags” after his bank told him some transfers he had requested were being held up.

“All of a sudden everything was frozen,” the farmer said.

“I couldn’t do an e-transfers, I couldn’t pay bills online.”

Even after speaking with his local branch, the farmer said the bank told him nothing, as it’s “all dictated from Toronto.”

The farmer said he had to resort to relying on friends to help him pay bills via their bank accounts.

The farmer added that while he has hired a lawyer to help him resolve the issue with his bank, the attorney has not been very helpful thus far and that the entire situation has left him feeling powerless.

Canadian Prime Minister Justin Trudeau took the unprecedented step of enacting the Emergencies Act on February 14, which he claimed was needed to deal with the truckers from the Freedom Convoy, which had been in Ottawa for three weeks protesting COVID mandates.

Deputy Prime Minister and Minister of Finance Chrystia Freeland said last week that the names of “both individuals and entities, as well as crypto wallets, have been shared by the RCMP with financial institutions, and accounts have been frozen, and more accounts will be frozen.”

Freeland and the Trudeau government claimed that the seizure of bank accounts was in accordance with Canada’s Charter of Rights and Freedoms.

However, the farmer disagreed with the claim that the freezing of bank accounts was somehow in line with the Charter. He also said he “can’t believe people are so naïve and are unable to see the truth” with the “communist agenda.”

“This is just the start of what’s going on,” said the farmer, adding that the government is going to “monitor everybody’s bank accounts.”

“We have no freedoms anymore,” he added.

The Canadian Civil Liberties Association announced last week that it was taking legal action against the Trudeau government’s Emergencies Act declaration, saying the freezing of bank accounts is not warranted.

The farmer said he is now thinking “about selling and moving away out of Canada.”

The Western Standard asked the farmer if he was financing terrorism in Canada.

“A peaceful protest was what it was supposed to be,” the farmer said.

The RCMP said in a statement released Monday that “ it remains the responsibility of the financial institutions to make the decision of freezing accounts.”

They added that the “list” of names provided to “financial institutions included identities of individuals who were influencers in the illegal protest in Ottawa, and owners and/or drivers of vehicles who did not want to leave the area impacted by the protest,” but stated they did not provide the list to banks.

The RCMP then said that thus far “this effort has culminated in the freezing of 219 financial products; the disclosure of 57 entities; the addresses of 253 Bitcoin shared with virtual currency exchanges; and, the proactive freezing of the account of a payment processor for a value of $3.8 million by a financial institution.”

Both Canadian and U.S. mainstream media outlets have come under fire for using hacked information from the truckers GiveSendGo list to dox donors who donated to the cause.

The hack of the Freedom Convoy’s GiveSendGo donor list was detailed and included one’s name, email addresses IP address, and payment details, along with postal/Zip codes.

MPs from Canada’s House of Commons on Monday voted 185-151 in favor of maintaining the Emergencies Act.

The CPC along with the Bloc Quebecois were the only parties to oppose the Emergencies Act.

Trudeau’s Liberals passed the Act with the help of the New Democrats.

Candice Bergen, interim leader of the Conservative Party of Canada (CPC), denounced the passage of the Emergencies Act as a form of “government overreach” and has vowed her party will “fight” until the Act is repealed.

This past Friday, police in Ottawa under the direct orders of Trudeau through the Emergencies Act, began to clear out Freedom Convoy protesters and arrest those who did not comply.

Most of the protesters on Parliament Hill in Ottawa were peaceful. During the clearout, at least one elderly lady was violently trampled by police.

Last Thursday, two of the main convoy organizers, Tamara Lich and Chris Barber, were arrested by Ottawa Police. Lich has been denied bail, however.

To trigger a motion to revoke the Emergencies Act, the support of 20 MPs is needed, or 10 Senators.

LifeSiteNews has a VoterVoice campaign to contact MPs and Senators.