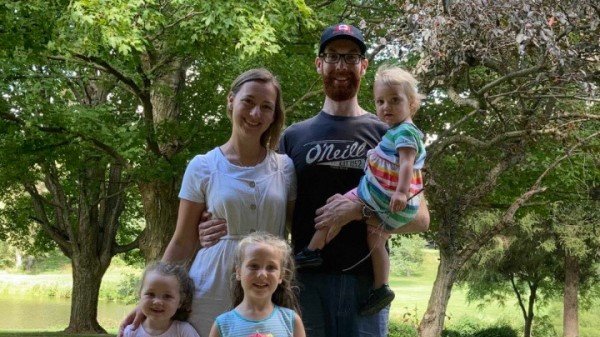 EXETER, Ontario (LifeSiteNews) – Mike McCann is a Catholic father of four young children and had his unemployment insurance applications repeatedly denied because he did not take the COVID vaccine.

McCann told LifeSiteNews his story, and relayed the ordeal that he went through trying to access the government program that he had paid into for years as a tax-paying citizen.

He began working for Agway Metals in Exeter, Ontario in August 2021 and within two months the company had implemented a jab mandate, following many other organizations in Ontario.

“Long story short, I didn’t get it [the jab],” McCann told LifeSiteNews.

He said that he applied for a religious exemption, but it was quickly denied by the company. McCann was given his Record of Employment (ROE) after being dismissed and then applied for Employment Insurance (EI), which is the Ontario benefit for those who have been let go for reasons that do not constitute misconduct and who are looking for work.

“They [the company] put on the ROE that it was not something other than a normal dismissal of the employee.” Given the facts presented to McCann, getting EI should have been simple, but he then encountered issues with the government department.

“The employment insurance commission has to follow up with the previous employer as to why I was dismissed, and it came to light after I applied for EI that I was dismissed for my failure to receive the jab,” he said. His claim was subsequently denied, he added.

It was denied on the grounds of “misconduct … for failing to abide by legitimate company vaccine requirements.”

At the time, it was not crystal clear how firings because of jab mandates would hold up regarding employment law in Ontario, although federal Employment Minister Carla Qualtrough said last October that people shouldn’t expect EI if they were terminated for not taking the experimental jab.

McCann said that he immediately appealed the decision. He told them that he was “a husband and father with mouths to feed and bills to pay so its unconscionable” that he would be “denied EI while legitimately looking for work … just because of my personal choice.”

When he was hired, taking the jab was not listed as a stipulation of employment.

The appeal was denied and McCann decided not to appeal again, which he could have. “Not because I am a defeatist,” he said “but because I didn’t want to waste my time.”

He quickly found a job with a private Catholic school as a teacher, and as part of the contract was laid off for the summer, which is normal for short-term contract teachers.

McCann applied for EI again and when signed on to his profile on the website, he said that it was indicated that his application might be denied because of his “previous misconduct” of not taking the jab.

To his surprise, within a couple of weeks when he checked back on his application, his previous claims had been “resolved.”

He then spoke with a “special agent” who investigated his situation and went on a fact-finding mission to ensure McCann was telling the truth, which he was.

By the end of July, the application had still not been accepted, so he called again and “sat on hold for about two hours while somebody from their pool of agents” looked into his file.

Even though his profile said his previous claims had been “resolved,” he was told by an agent that “because of his previous misconduct [not taking the jab] that the current claim was being delayed.” He was subsequently given no timeline as to when he might receive his benefits.

McCann then called the special agent “dozens of times” with “no success.”

In order to help the process, he then turned to his Member of Parliament, Conservative MP Ben Lobb, and was told that his office would personally deal with the issue on McCann’s behalf.

McCann then spoke with Jason Tucker, who is an administrator for Lobb in Ottawa, and McCann said he “took the case into his own hands.”

Within three days of talking to Tucker, McCann’s claim was “finally approved.”

McCann says his profile has since been “scrubbed” of anything to do with the claim that was denied because of not taking the jab.