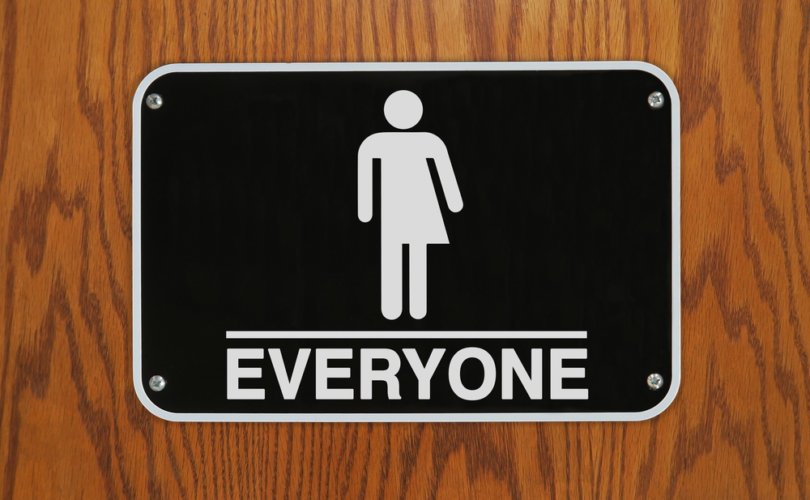 LifeSiteNews has learned of a number of federal employees who fear that if they refuse to take the test, or outright fail it by not selecting the feminist-approved answers, they might be overlooked for promotion. Some fear they might even lose their jobs.

The gender-based analysis plus (GBA+) course was developed under Jean Chretien’s Liberal government in 1995. Its purpose was to “advance gender equality in Canada” by helping government employees craft and implement “gender equality” policies, programs, and legislation.

The GBA+ tool was erratically applied over the past 20 years. One woman complained in a 2005 article that appeared in Canadian Women's Studies that under the Harper government “further development of policies using this tool is almost nonexistent.”

But this changed when Liberal leader Justin Trudeau came to power in 2015.

Under Trudeau’s Liberal Government GBA+ has not only been injected with new life but has received a makeover by sexual elites who want to impose their vision of “diversity and inclusion” across the Federal government. The “plus (+)” in the name indicates that Gender-based Analysis “goes beyond gender,” according to Status of Women, and includes factors such as “sexual orientation.” Online searches reveal that before Trudeau's election the program was simply referred to as “GBA” and after his election the “plus (+)” was added.

In the introductory training video to GBA+, a homosexual couple is given as an example of persons whose needs can be “better address[ed]” by public servants trained in the course.

States the video’s narrator: “Joseph and Marco are young professionals who have recently ‘married’ and adopted their first child. … Have you considered how the issues you address in your work might impact these individuals or how gender, culture, disability, and other diverse factors might have a bearing on the outcomes of federal government initiatives?”

Gwen Landolt, national vice president of Real Women of Canada, told LifeSiteNews the course with its corresponding test is “indoctrination” that is meant to “purge the politically incorrect” from the Federal government.

“This is outrageously totalitarian,” she said. “It shows a complete lack of democratic and so-called ‘liberal’ principles.”

“What this program reveals is an intolerant government that wants to purge anybody who doesn't adopt their ideology,” she added.

‘Not simply an add-on’

A 2015 Auditor General’s report released in February 2016 that looked into the implementation of GBA+ at the federal level found that many departments were not using the tool “adequately.”

The report recommended that the GBA+’s watchdog, primarily the Status of Women, should “take concrete actions to identify and address barriers that prevent the systematic conduct of rigorous gender-based analysis.” The Privy Council Office (PCO) and Treasury Board of Canada Secretariat (TBCS) were also to be actively involved in implementing the course.

Status of Women Canada, a department that critics say is largely controlled by adherents to radical feminism, was then given the power to develop the GBA+ course and see that it was implemented across federal departments.

An action plan was developed last year in which Status of Women along with PCO and TBCS were to see to the “full implementation of Gender-based analysis (GBA) across federal departments and agencies” by 2020.

The action plan was extensive. It included:

After completing the course, Federal public servants will be able to “recognize how sex, gender, and diversity can influence the outcomes of policies, programs, and legislation.” They learn that GBA+ is a “key consideration” at all stages of the policy, program, and legislative process, “not simply an ‘add-on.’”

They will have learned a number of unproven claims of radical feminism, including:

They learn to “challenge assumptions” by means of examples like the following:

Scenario: “While driving on a highway, a father and son are involved in a terrible accident. The fire department is the first respondent at the scene. As the boy is carefully removed from the wreckage, one of the firefighters exclaims, “That’s my son!”

Question: “Who is this firefighter?”

Answer: “The firefighter could be the boy’s mother or a second father (stepfather, same-sex relationship, etc.)”

States the course: “Challenging assumptions is a fundamental element throughout the GBA+ process. We must become aware of any assumptions, either our own or those of the institution we work for, that could affect the development or outcome of an initiative.”

Landolt said one obvious assumption that needs to be challenged in the GBA+ course is that “only radical feminism matters.” She pointed out the hypocrisy of having a radical feminist group implementing a program on “equality” that is supposed to represent everybody.

The Status of Women is supposed to promote women’s issues, but it is made up of all-party feminist MPs who largely promote all that is wrong within the radical feminist movement, she said.

Landolt said Status of Women does not represent numerous Canadian women who have a different vision of what it means to be a woman.

“Status of Women are only feminists for feminists, funding only feminists, dealing only with feminists. And feminism is only one thread in the multicolored fabric of women's views,” she said.

At the end of the course, public servants must take a “Final Quiz.” They must achieve 80 percent to pass. If they pass, they receive a certificate of completion.

Question one asks what “Gender is.” One must answer either A or B.

A. “The characteristics associated with ‘feminine’ and ‘masculine,’ as defined by society, culture and history.”

B. “The biological differences between men and women.”

If B is selected, the answer is marked wrong.

LifeSiteNews has learned that a number of Federal employees are disturbed by the unscientific and unproven theories that are woven as fact throughout the course. They are worried about what consequences might ensue if they refuse to take the test, or if they fail it by not selecting the feminist-approved answers.

On top of this, LifeSiteNews has learned that a climate of fear exists across Federal departments. Public servants are not voicing their concerns about the course to fellow workers out from fear of being ratted on and facing potential retribution from superiors.

LifeSiteNews asked Status of Women what consequences a Federal employee faces if he or she fails the test three times. Léonie Roux, Status of Women’s public affairs officer, responded that while Status of Women provides departments with the “training, tools and guidance they need to implement GBA,” the ministry is “not [in] a position to comment on other department’s implementation of GBA.”

Landolt called the forced implementation of the course “unacceptable.”

“These public servants are paid by the taxpayer to represent them. They are not employed to be indoctrinated with an ideological position that most people disagree with,” she said.