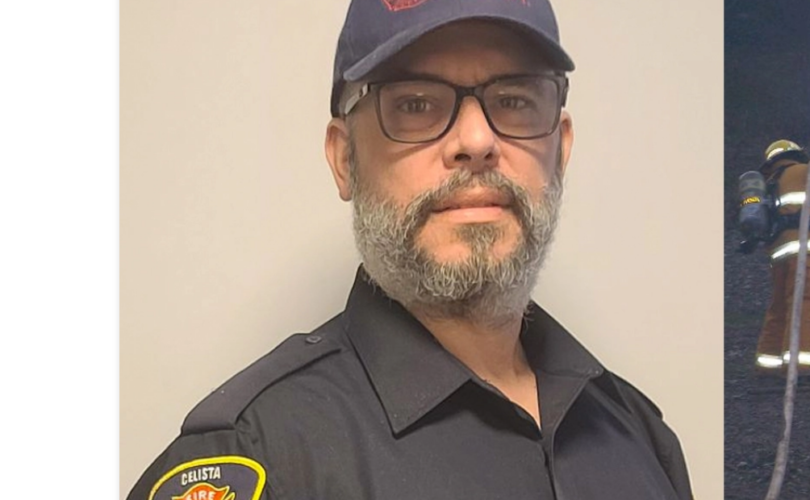 CELISTA, British Columbia (LifeSiteNews) — A firefighter who was let go for opting to remain vaccine-free has been reinstated to his position after the Justice Centre for Constitutional Freedoms intervened on his behalf.

“The Justice Centre is pleased to announce that volunteer firefighter Craig Nygard has been reinstated to his position by the Columbia Shuswap Regional District (CSRD),” the JCCF stated in a press release on Thursday.

“On April 28, 2022, the Justice Centre sent a legal warning letter to the CSRD, demanding that Mr. Nygard be accommodated in his request for a religious exemption from CSRD’s mandatory Covid vaccine policy,” the legal group added.

According to the release, Nygard’s exemption cited his religious beliefs, the benefits and risks of the experimental injections, and the fact that he already contracted and recovered from the coronavirus and therefore has naturally acquired immunity.

As reported by LifeSiteNews, all COVID vaccines currently available for emergency use in Canada have links to fetal cell lines derived from aborted children.

The connection to abortion, while purportedly remote, poses a moral quandary for many Catholics and other Christians who follow a strict set of sincerely held beliefs regarding the sanctity of human life from the moment of conception.

While Nygard has been successfully reinstated, he is still required to undergo weekly rapid antigen testing for the highly-survivable virus, something his vaccinated colleagues do not have to endure.

Although many people are willing to comply with mandatory testing if it means they can opt out of the jab, there are those too who see it as unscientific and discriminatory as coronavirus vaccine trials have never produced evidence that the vaccines stop infection or transmission.

Nevertheless, JCCF lawyer Charlene Le Beau stated that “Mr. Nygard is pleased that CSRD granted an exemption, and is hopeful the District either cancels the vaccine mandate altogether, or will grant exemptions to other firefighters who are unable to take a Covid vaccine for various legitimate reasons.”

Nygard is one of multiple Canadians who have successfully fought back against workplace mandates on religious grounds.

As reported by LifeSiteNews, last month a provincial arbitrator in Ontario sided with a traditional Catholic nurse in Sudbury, ruling that her employer had no right to deny her a religious exemption with respect to the abortion-tainted shots.

In the case, the arbitrator explained that while “there can be multiple reasons for objecting to getting vaccinated,” as “long as one of the reasons is sincerely and legitimately based upon one’s creed, as subjectively interpreted and applied, an applicant would be entitled to an exception.”