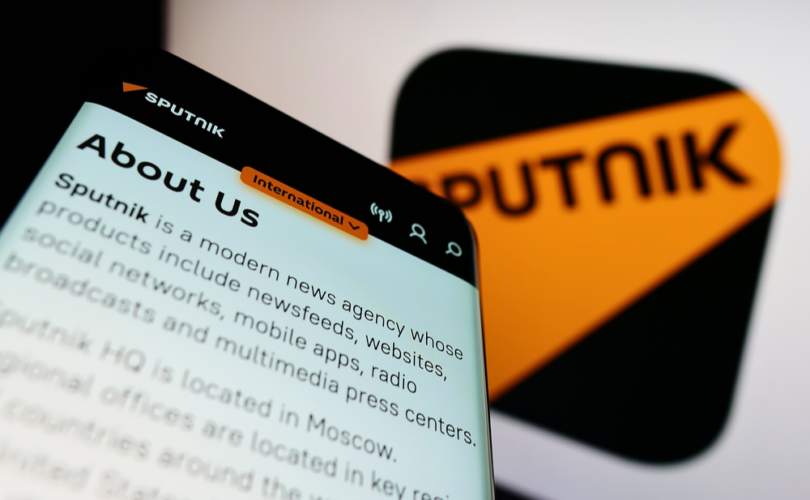 According to Blacklock’s Reporter, a Canadian ban on both Russian state-owned RT News and Sputnik TV from broadcasting on Canada’s airwaves are not enough and “we’ve pushed digital platforms to also ban them, but we need to do more.”

Joly said her mandate as foreign minister “is really to counter propaganda online.”

The remarks by Joly were made at a recent meeting of the House of Commons foreign affairs committee and came after Liberal MP Randeep Sarai asked her what Canada was doing to “fight disinformation.”

Joly said that in all wars, despite the fact Canada is not at war with Russia, that “information is key because it justified why you start war.”

She claimed that since “the beginning of this war, before the war, there was a big propaganda campaign,” and that Russia “lied to our face and to the world.”

Joly went on to claim that the same type of online “propaganda” is “happening in our democracies,” and that “social media companies need to do more.”

“They need to make sure they recognize states have jurisdiction over them and that they’re not technology platforms, but they’re content producers,” Joly said.

She then added, “it is our way collectively to make sure that we can really be able to have strong democracies in the future because this war is being fought with 21st century tools, including social media.”

RT News was banned from cable and satellite services by the Canadian Radio-Television and Telecommunications Commission on March 17 due to the Russia-Ukraine war.

However, Canadian TV companies had already pulled RT from their channel listings before the government mandate after pressure from Ukrainian groups in the country.

Currently, the Liberal government of Prime Minister Justin Trudeau has before the House of Commons a controversial internet regulation bill of his own.

Conservative Party of Canada MP Leslyn Lewis said the bill “opens the doors to government control of Canadians through the internet through their internet activity and speech.”

The war between Russia and Ukraine has caused a major humanitarian crisis, with more than 3.5 million people forced to flee Ukraine.

The war has also seen propaganda from both sides take center stage in the world news and has caused anti-Russian sentiment to be on the rise worldwide.

LifeSiteNews recently published an opinion piece regarding Ukrainian President Zelenskyy and Russian President Vladimir Putin, which goes over both leaders’ stances on life and world issues, and their connections to the world elite.