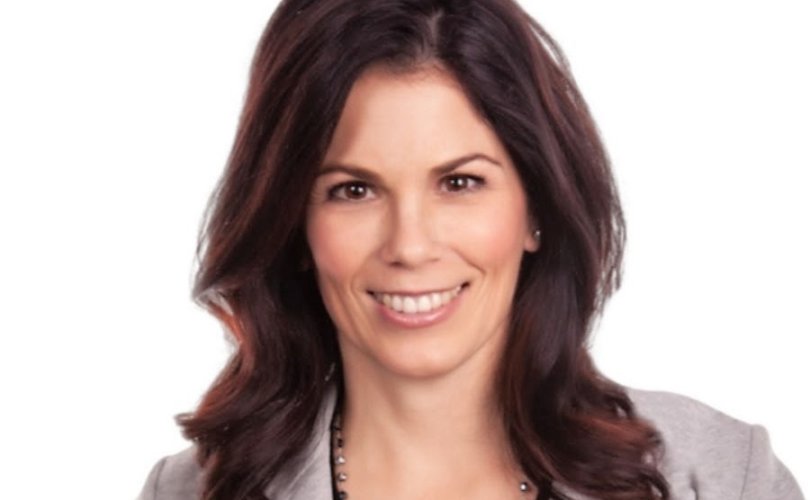 EDMONTON, Alberta (LifeSiteNews) – Canadian gold medalist Jamie Salé opened up about her “awakening” to join the fight against the COVID mandate and lockdown agenda, saying she is now “all in” to help expose the “censorship” taking place in Canada despite being ostracized by many former colleagues.

In a recent Rebel News interview, Salé, who won gold in pairs figure skating at the 2002 Salt Lake City Winter Olympics, said it was not until early 2022 when she finally decided it was “go time.”

“So it wasn’t until this past January of 2022 where I literally was sitting in my house and I said, it’s go time because I was quiet. I haven’t said a thing through COVID. I mean, if anything, I was still sleeping and I was bought into, you know, you need to wear a mask, do your part. And I was that person,” said Salé.

“And I was looking at people not wearing masks, going, you’re part of the problem, not the solution. I was following what the media was saying, brainwashing us to believe, and then I woke up to it all.”

Salé, who lives in Edmonton, said that as soon as everyone from her past “inner circle” found out about her “awakening” they were “literally mortified.”

“They said, you were ruining your reputation, do you realize what you’re doing,” said Salé.

“And I said, Well, you know what, if ruining my reputation for helping to help society see what’s really going on here, if that’s going to make me lose fans, then so be it. Because one day they’re going to see that this is really what’s happening and they’re going to need us.”

In recent days, Salé announced she is teaming up with former NHL hockey star Theo Fleury, who is also a gold medalist, along with Joseph Bourgault, who tried a few months ago to run for the leadership of the Conservative Party of Canada (CPC) but was disqualified.

Together, the group runs Canadians For Truth, an organization with plans to set up a broadcasting studio in Calgary for independent journalists.

“We are going to be getting everything launched here hopefully in the next couple of months. We’re very anxious to get it going,” Salé said.

LifeSiteNews contacted a representative for Salé regarding her new role with Canadians For Truth, but as of press time has not had a reply. (Update: LifeSiteNews will be speaking with Salé next week regarding her “awakening” a  spokesperson for her has confirmed.)

Gold medalist: Going against the COVID narrative made me lose ‘everything’ from her ‘past life’

Salé said that because of her not choosing to get the COVID vaccines and to speak out against the mandates, she “pretty much lost everything already in my past life.”

“This last year and a half, my best friend group told me I was a risk to be around not being vaccinated and that I was following a white supremacist community and they can’t support that,” Salé said.

She noted that those who are critical of her opposition to COVID mandates and lockdowns are “going to look back and go, oh, my gosh.”

“And then they also label it as racists and bigots, I mean, I’ve been called every name in the book,” Salé said.

She said that for her, the “beautiful part in this and the gift in this for me was the fact that speaking my truth, I reconnected with old friends.”

“I have found incredibly beautiful souls out there who are all on the same page and on the same mission to help people. This isn’t about shaming anybody. It’s not about ridiculing anybody. It’s about creating awareness. And we need to be united, not divided, which is what the media has done,” she noted.

Salé has been active on Twitter in the past few months, reposting many stories regarding COVID mandates and lockdowns from alternative media, including from LifeSiteNews.

On July 14, she tweeted out a link in support of a LifeSiteNews report regarding a group of Calgary firefighters who are suing their city for $38 million over a COVID jab mandate. LifeSiteNews was the first to break the story.

Salé and her skating partner, former husband David Pelletier, made headlines at the 2002 Salt Lake City Winter Olympic Games after first being denied the gold medal in pairs figure skating. Judges initially gave the gold to the Russians.

After a public outcry that included claims and then exposure of corruption and vote rigging of some Olympic figure skating judges, the International Olympic Committee decided to offer the pair a gold medal in tandem with the Russians.