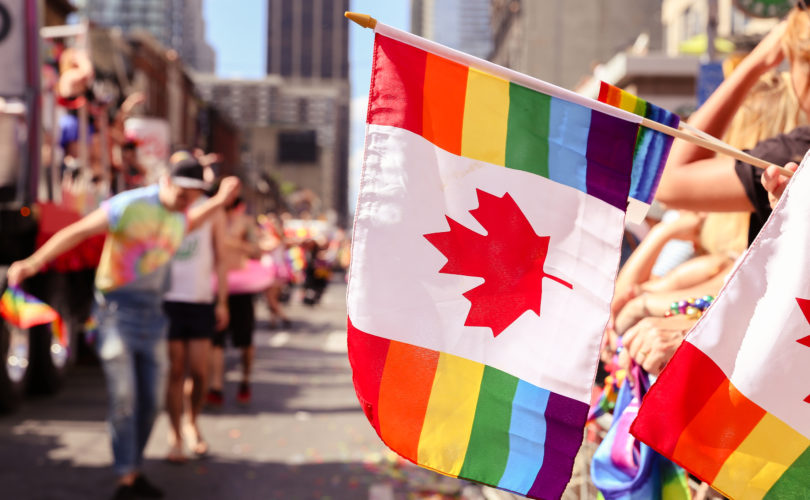 OTTAWA, Ontario, June 10, 2021 (LifeSiteNews) – The Canadian government declared the months from June to September as “Pride Season,” claiming that one month of celebrating homosexuality and transgenderism “isn’t enough.”

In the past decade or so, homosexual activists and now governments around the world have declared June to be “pride” month, dedicated to the LGBT movement, complete with parades and celebrations. According to Free to be me, a Canadian government account in charge of “sexual orientation and gender identity and expression issues,” June now marks the beginning of “Pride Season,” which lasts until September.

The Canadian Department of National Defense announced that they will be raising the “pride” flag mid-June to begin “Pride Season.” They also encouraged Canadians to send in videos wishing the country a “Happy Pride Season.”

According to Mister B&B, an LGBTQ social networking website, Canadian cities including Toronto, Vancouver, Montreal, and Calgary are planning to hold events.

June began with an increase in LGBT-themed content aimed at young children. A popular children’s network, Nickelodeon, published a show featuring a drag queen explaining the meaning behind the “pride” flag. Nickelodeon also featured an episode of the children’s show Blue’s Clues wherein a drag queen hosted a parade for gay, transgender, and non-binary animal creatures.

In response, Derek Utley, a conservative political commentator, tweeted and called for parents to “cancel Nickelodeon now!” He continued, “This is what they are pushing on your kids folks.”

After tweeting to announce the launching of “Pride Season,” Free to be me published a follow-up tweet threatening to “remove or delete comments and contributions that are homophobic, defamatory and hateful, and to block users who do not respect our terms of use.”

Recently in Canada, the LGBT movement has been growing and expanding their propaganda. For example, in Ontario, a Catholic school decided to fly the homosexualist rainbow flag, causing two trustees to resign.

Meanwhile, on June 6, the anniversary of D-Day, the official account for Canada’s government failed to mention the courageous Canadian soldiers who fought on the beaches of Normandy.

A few days later, the government tweeted “to celebrate and support #LGBTQ2 communities in Canada and around the world.”