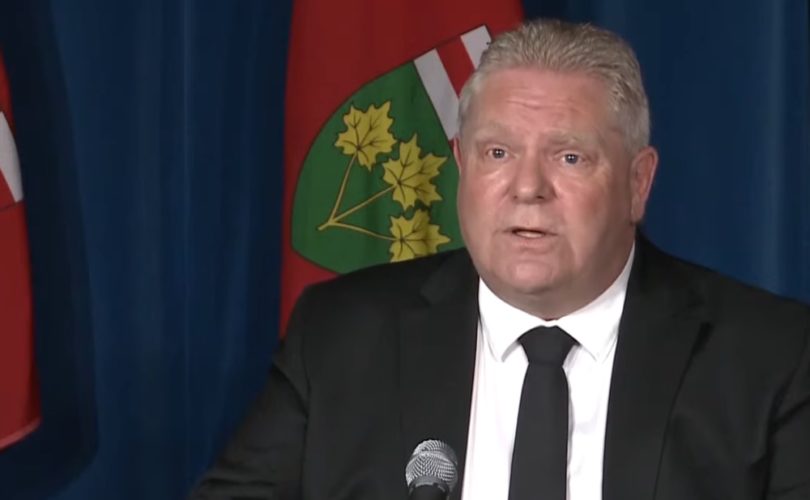 According to a report in Politics Today, Marion Isabeau-Ringuette, the former director of communications for Ontario Solicitor General Sylvia Jones, claims that within minutes after being contacted by reporters about her donation to the Freedom Convoy she was terminated from her job.

Isabeau-Ringuette is seeking a total of nearly $2 million in damages in her lawsuit, which was filed last Tuesday, citing damages to her reputation along with wrongful dismissal as well as invasion of privacy.

On February 5, Isabeau-Ringuette made a $100 donation to the Freedom Convoy’s GiveSendGo page under the initials M.R., with the funds being connected to her through her postal code and email address.

Her information was exposed along with more than 100,000 other Freedom Convoy donors as part of a hacking scheme against Christian-based crowdfunding platform GiveSendGo. The hack attack allegedly involved the Canadian government.

At the time, the Freedom Convoy’s GiveSendGo account had raised over $8 million for the truckers’ protest. The Freedom Convoy’s original GoFundMe fundraiser, with over $10 million raised, was shut down due to meddling from Ottawa city officials as well as federal MPs under Prime Minister Justin Trudeau.

The news outlet QP Briefing and journalists Charlie Pinkerton and Andy Takagi revealed that Isabeau-Ringuette was among the GiveSendGo donors. They took credit for having decoded Isabeau-Ringuette’s identity.

Isabeau-Ringuette’s claim reads that the “Ontario government responded to Pinkerton’s email expressly or implicitly confirming that Ms. Ringuette was the individual whose private confidential information had been stolen and advising Pinkerton that she had been fired from her position at the Ontario Public Service.”

“In doing so, the Ontario government participated in the public disclosure of Ms. Ringuette’s stolen private confidential information and the invasion of her privacy. In under one-half hour, Ms. Ringuette’s promising career in the Ontario Public Service had been destroyed,” the claim reads.

Her lawyers said that she made the donation to the Freedom Convoy with “every expectation that her donation would be private and confidential” as well as “legal.”

The Ford government at the time had no “government policy against the Freedom Convoy,” claimed Isabeau-Ringuette’s lawyers.

According to her claim, Isabeau-Ringuette stated that Ford and Chief of Staff Jamie Wallace acted in “the utmost bad faith” as well as “deliberately” confirming “Ms. Ringuette’s identity and to advise that she was no longer an employee of the Ontario Public Service for their own personal political gain.”

“Premier Ford and James Wallace decided to end Ms. Ringuette’s career at the Ontario Public Service because they believed it to be politically expedient for them,” her lawyer stated.

Canadian Prime Minister Justin Trudeau enacted the Emergencies Act on February 14 to shut down the Freedom Convoy who took to the streets of Ottawa in February to demand an end to all COVID mandates.

Legal groups are challenging the use of the EA by Trudeau after calling for an independent public inquiry into its use.