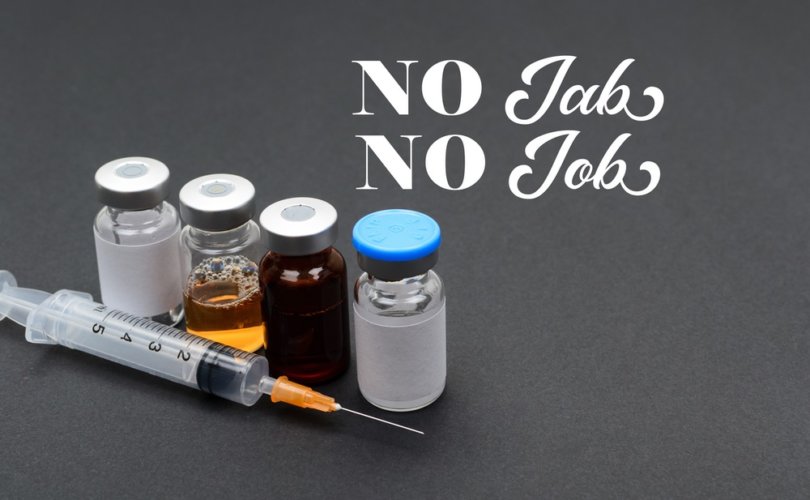 OTTAWA (LifeSiteNews) – More than 2,500 federal employees who have chosen not to reveal whether they’ve had the experimental COVID jabs were suspended from their jobs without pay by their federal managers.

According to Blacklock’s Reporter, those who’ve had their salary and benefits taken away include 66 people who work at the Department of Health and Canada’s Public Health Agency.

Also suspended were 122 employees who work for Canada’s federal prison service, as well as 69 civilian workers with Canada’s national police force, the RCMP.

The new total amount of suspended employees stands at 2,560 but does not include those from Canada’s Armed Forces or any of its Crown corporations.

The information regarding the suspended federal employees was recently disclosed by the cabinet of Prime Minister Justin Trudeau in an Inquiry of Ministry that was tabled in Canada’s House of Commons.

Gladu added that a “reasonable accommodation could have been put in place” for un-jabbed workers.

She also noted that there are “thousands more who were affected,” adding “that is a problem.”

Just before the end of 2021, the Canadian government announced it would be imposing a vaccine mandate for all workers in federally regulated industries under its Policy On Covid-19 Vaccination.

Blacklock’s Reporter had earlier reported that a total of 1,084 employees, including 27 in the health department, were suspended as a result.

According to Blacklock’s Reporter, data shows that 95 percent, or 282,999 employees who are under the jab mandate, had already taken the COVID jabs when the new Trudeau rule started to be enforced in late 2021.

“We have endured unprecedented amounts of stress and hardship. We have been harassed, ridiculed, mocked and had hatred and violence incited against us. This type of abusive behavior cannot and will not be tolerated; we expect and request an expeditious response,” the group said.

In October 2021, Trudeau had already mandated “all federal public servants in the Core Public Administration (CPA), including members and reservists of the Royal Canadian Mounted Police (RCMP), must be vaccinated against COVID-19” regardless if they are “teleworking, working remotely or working on site.”

Of note is that Canada’s Public Health Agency itself was never on board with mandating the jabs for its employees.

Just recently, a legal team representing 201 Treasury Board employees was unsuccessful in obtaining an injunction to stop their employer’s vaccine disclosure policy. An injunction will not happen until a constitutional court ruling is made by a federal judge.

In place in Canada also is a travel ban by air, rail or sea for those who have chosen not to get the COVID jabs.