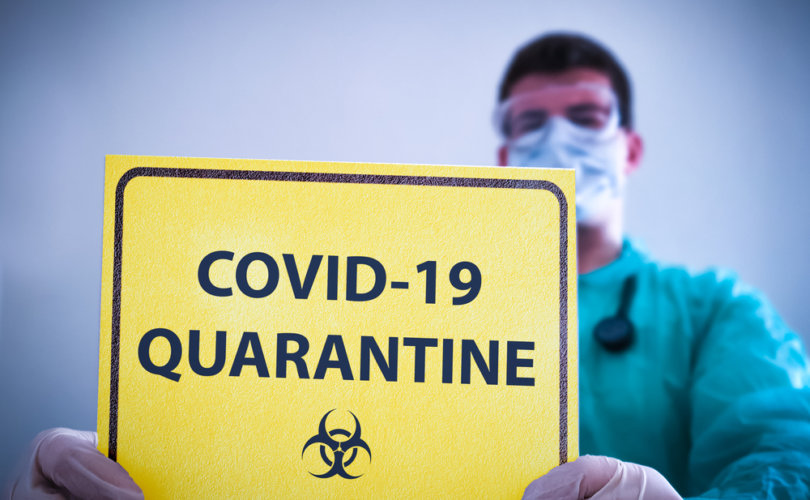 Canadian Minister of Health Jean-Yves Duclos said in a press release last Friday that more than $5 million will be provided for COVID sites and programs in the province of British Columbia through “Canada’s Safe Voluntary Isolation Sites Program.”

“Helping people to self-isolate when they don’t have the means to do so where they live is an important way to protect Canadians from COVID-19,” Duclos claimed.

The government says the new funds will go toward two programs.

The first is an “employer-based reimbursement program for agriculturaisl workers living and working across British Columbia” through the government of British Columbia’s Ministry of Agriculture, Food and Fisheries.

A total of $4.15 million will go to provide “funding to agriculture employers who have farm workers residing on farm who required self-isolation for COVID-19 reasons and did not have an appropriate space on the farm to do so.”

Funding will also be used to create a “safe, voluntary isolation site in the City of Surrey through the Fraser Health Authority.”

The Surrey isolation site will be made up of 20 single-person “isolation” rooms and will be built with funding to the tune of $930,989.

Increased funding for Canada’s “voluntary” isolation sites was announced in August by then-Health Minister Patty Hajdu, who said the sites “help” divide people who test positive for COVID-19 from the rest of society.

Since the fall of 2020, the federal government has pumped $100 million into its Safe Voluntary Isolation Sites Program, with sites in Ontario, Saskatchewan, British Columbia, and Nova Scotia.

The first COVID isolation site to become operational was one in Toronto in December 2020.

While COVID “isolation” sites have been called “voluntary,” the rules of such sites spell out that it is up to local health officials to determine who should be forced into a mandatory quarantine.

Health officials say they take into consideration one’s “vaccination status” along with whether or not they can “separate” from other people in their home, when determining if one should be put into quarantine.

Even those with the COVID jabs who might not have symptoms of the virus may be forced into COVID isolation sites by local health officials if it is determined they had been exposed to a known virus-positive individual.

Throughout the COVID crisis in Canada, unelected public health officials at the local and federal levels have had unprecedented power to enact draconian rules, such as lockdowns, on the public.

Galati told LifeSiteNews last year that “straight out of the gate” he predicted “in one Twitter paragraph” what was to come because of COVID-19.

“Covid19 frenzy. A waltz in the global totalitarian tip-toe to new world order. Parliament closures, Court shutdowns, soldiers out. Banking/Corporate bailouts. Facts/science do not add up. Death toll, elderly and immunocompromised victims, marginally no diff than any other  flus,” Galati wrote on his Twitter page.

There is much evidence that COVID vaccine mandates are a failed strategy for tackling COVID, according to a growing  body of data.

Trudeau has mandated COVID-19 jabs for all federal public service workers. His government has also said that anyone in Canada without the jabs after November 30 will no longer be able to travel by air, sea or train.