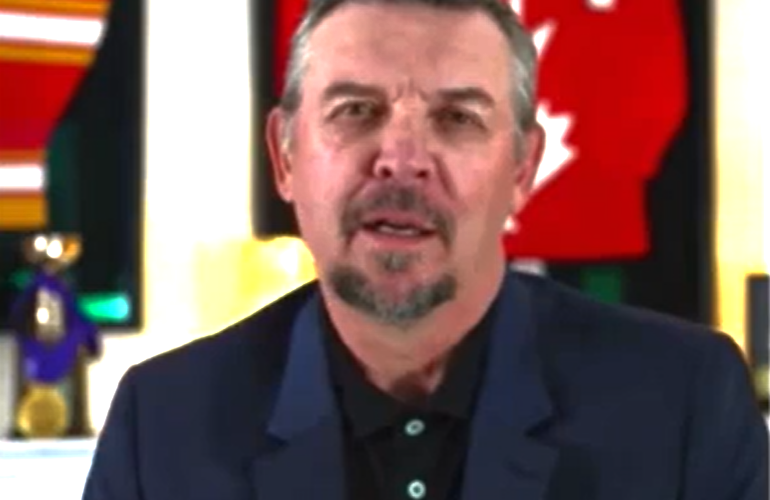 “The World Economic Forum is in Canada and is running our country and running the great reset. Whatever the hell you want to call it, it is happening in Canada and it is being played out,” Fleury said during an appearance on Carlson’s show Wednesday.

“The script is being played out every single day in this country and it’s got to stop.”

Carlson, at the beginning of his segment, asked Fleury what was “going on” in Canada and where he thought “your prime minister is taking the country.”

Fleury replied, “We all know where it’s going, right? It’s, you know, this ideology has been tried 24 times in the history of the planet. And the only thing that comes out of it is death. You know, the communist globalist agenda.”

“And what we’re seeing right now is we’re seeing the insane running the asylum. And, you know, we’re headed down a wrong road and a wrong path right now,” Fleury added.

Carlson also brought up the issue of gun control with Fleury.

Earlier this week, Trudeau said he would bring forth new rules that would freeze all new handgun sales in Canada. This announcement came only days after the tragic school shooting in Uvalde, Texas.

In response to a question from Carlson regarding Trudeau’s gun grab, Fleury said that his experience in working in the field of trauma, mental health and addiction has shown him that the last three years have shown “systemic abuse caused by the government.”

“They are causing as much chaos and trauma as they possibly can. Right. We’re seeing all these mass shootings now. You know, we’re legalizing or legalizing drugs. Think about that, Tucker,” Fleury said.

Fleury added that what “Trudeau announced in the last couple of days is all part of the plan. And where we’re at it and it’s and it’s sick, and it’s disgusting and it needs to stop.”

Carlson recently ripped Trudeau for this proposed freeze on new handgun sales in Canada, saying he was “using the tragedy in the U.S. to his own political advantage.”

has been calling out the COVID mandates enacted by Canadian politicians since nearly the start of the lockdowns in April 2020, as well as the Trudeau government’s involvement with the World Economic Forum (WEF).

Many of Trudeau’s current or former cabinet members, and the Canadian government as a whole, have strong ties to the WEF.

Fleury now serves as the media director for Canadians for Truth, Freedom, and Justice, which is a group started by Pro-life Saskatchewan businessman Joseph Bourgault.

Bourgault was recently disqualified from running in the leadership race for the Conservative Party of Canada (CPC). He said the party gave him “no flexibility” to counter its ruling that terminated his run.