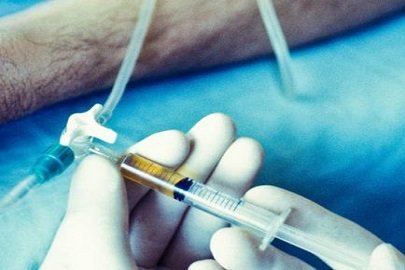 DELTA, British Columbia (LifeSiteNews) – A hospice society in British Columbia is urging pro-life members to attend its virtual Annual General Meeting (AGM) on March 26 to ensure enough votes to pass a revised constitution and bylaws that “affirm life to its natural end.”

“We will win if our pro-life members come to the AGM meeting and vote. Our future is dependent upon them,” said Angelina Ireland, president of the Delta Hospice Society (DHS), in an interview with LifeSiteNews.

“This is really something concrete they can do to affect real-life change on the course of euthanasia in this country,” she said. “Defending palliative care, and defending the vulnerable will empower more Societies to follow our lead.”

The DHS in a press release sent Monday said its first-ever virtual AGM “will determine the future of Delta Hospice Society.”

“DHS is now on the national stage defending its right to provide only true palliative care services for families across Canada.”

Ireland told LifeSiteNews that the DHS’s March AGM will be the “ultimate showdown between our members for control of the Delta Hospice Society.”

“We have the pro-life, pro-palliative care side versus the Death Squad. These are the woke pack who feel entitled to rip apart a 50-year medical disciple of palliative care orthodoxy, because it’s more trendy to be able to kill vulnerable people in their sick beds,” Ireland said.

“Now is the time to fight for our values and beliefs and we intend to leave everything on the battlefield. If the pro-life board of directors loses control of the Delta Hospice Society, the Death Squad will use our $4 million worth of assets to promote death as they get into cohoots with the B.C. socialist government.”

The DHS in its press release stated that the proposed changes to its constitution and bylaws are “entirely aligned with the official positions of the Canadian Hospice Palliative Care Association (CHPCA) and the Canadian Society of Palliative Care Physicians — that palliative care and Medical Assistance in Dying (MAiD) are ‘fundamentally different practices’ because ‘MAiD is not part of the practice of hospice palliative care.’”

Ireland told LifeSiteNews last year that the “pro-death” side’s goal is to take the assets of the DHS and “use them in conjunction with the Government’s ‘MAiD’ agenda promoting thinly veiled slaughterhouses they call end of life care centers.”

The DHS has created a new “Do Not Euthanize (DNE) Advanced Directive” that will be made available to its members. According to the DHS, the directive is a legal document that “advances the rights of the holders against attempts to have their life terminated unnaturally through medical intervention.”

Additionally, the DHS started a new “Delta CARE Helpline,” which is “a national voice for life-affirming, compassionate palliative care counseling.”

The hotline will provide practical advice for “individuals and families struggling with difficult end-of-life circumstances or bereavement.”

The DHS won a legal battle regarding voting rules concerning its AGM last year. A judge ruled July 13 that a virtual “Special General Meeting (SGM)” could be held to “ask our members if they want a virtual/electronic AGM.”

As a result, the DHS put out a call to all pro-lifers to join the society by an October 22, the cut-off date for membership, to help safeguard its future.

While most DHS board members are Christians who oppose assisted suicide, and Ireland herself is Catholic, the British Columbia Supreme Court ruled they could not exclude membership applications from euthanasia supporters, after activists took them to court to demand they be allowed memberships.

Indeed, the group has been busy trying to recruit its own members, or as Ireland called them, “euthanasia activists.”