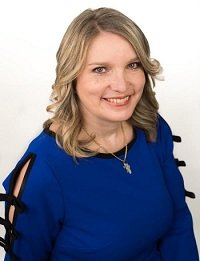 DELTA, British Columbia, July 28, 2021 (LifeSiteNews) – A hospice society in British Columbia has vowed to rebuild “completely independent from the government” after it was evicted after 35 years by health officials for refusing to allow euthanasia at its palliative care facility.

“The Government tried to destroy us because we refused to kill our patients, but we will rise like the Phoenix, better than ever,” Delta Hospice Society (DHS) president Angelina Ireland told LifeSiteNews. “With God’s help, no one will stop us.”

In a message sent out to supporters last week, Ireland said the DHS has a new vision to build another hospice free from the grips of government control: “One built completely independent from the government. No Government money, no Government land, no Government interference, and most importantly — NO government forced killings.”

“We understand the need is so great to protect people from MAiD [Medical Assistance in Dying] (Euthanasia) that we must continue to fight for Life until its natural end. We have embarked on a new movement called ‘Hospice Sanctuary’ and we hope to pave the way for independent, safe places for the dying free from euthanasia — all across this country.”

On March 29, 2021, DHS was evicted from its two buildings after the Fraser Health Authority, one of five publicly funded health care regions in British Columbia, canceled the lease.

Ireland says that what the DHS needs now is for current members to renew their membership as well as for new people to consider joining them.

“Your encouragement and support in this way will give us the mandate to pursue our collective dream of Hospice Sanctuary. People from all over the country and across the world can come to our Hospice — no Health Authority territories or artificial boundaries. We will build a place where anyone who wants a safe and peaceful place to live out their remaining days will be welcome,” says Ireland.

As it stands now, the DHS is currently operating out of a small office after its Irene Thomas Hospice and the Supportive Care Centre were taken by the Fraser Health Authority. DHS was given no compensation for its assets, which Ireland says has an estimated value of $9 million.

The Irene Thomas Hospice site is now run by the government, complete with euthanasia.

Ireland says the DHS won a legal battle regarding voting rules concerning its Annual General Meeting, after a judge ruled July 13 that an “electronic Special General Meeting (SGM)” can be held to “ask our members if they want a virtual/electronic AGM.”

“We consider this a huge victory! This SGM will be in September 2021 but the exact date is not yet decided. Our AGM is one year overdue, postponed due to COVID and various court challenges,” noted Ireland.

“I ask you to encourage people to become members or renew their memberships. We need people who will support our vision. There are no restrictions on who can be a member.”

According to Ireland, the “Euthanasia Death Squad” members went to the B.C. Supreme Court in June and “demanded we hold an in-person meeting so our members across the country and the world could not vote.”

Late last year, the DHS launched a nationwide membership drive asking pro-life Canadians to help them stave off what it called a “hostile takeover” by euthanasia activists.

While the majority of the board members of DHS are Christians who oppose assisted suicide and Ireland herself is Catholic, the British Columbia Supreme Court ruled they could not exclude membership applications from euthanasia supporters, after activists took them to court to demand they be allowed memberships.

Ireland says the DHS needs all new members to apply by August 3, 2021, to be included in the virtual SGM.

“Please continue to stand with us and encourage your members, family, and friends to join us. Anyone from anywhere in the world can become a member of the Delta Hospice Society,” said Ireland. “We believe our dedication to the vulnerable can create an international movement for Hospice Sanctuary — safe places for the dying free from euthanasia!”