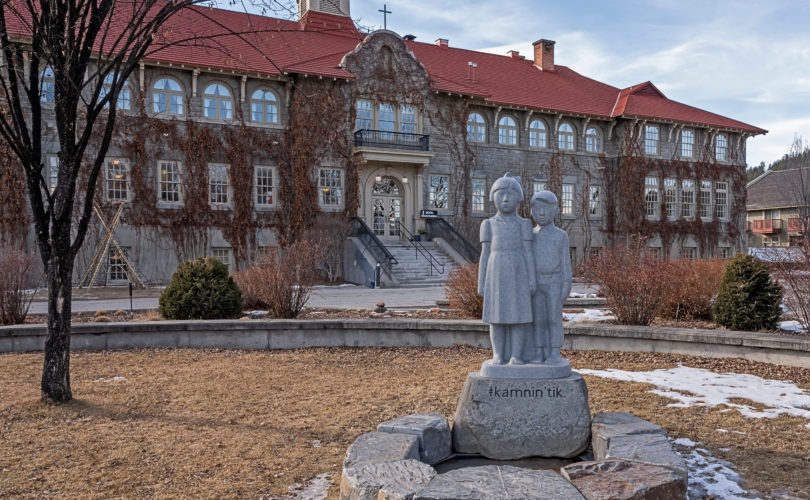 OTTAWA (LifeSiteNews) — The Canadian House of Commons has voted unanimously to declare the events that occurred within the country’s now-closed indigenous residential school system a “genocide,” despite no evidence.

The now-passed motion was introduced last Thursday by New Democratic Party (NDP) Member of Parliament (MP) Leah Gazan, and called on the federal government to describe what happened at Indian Residential Schools as “genocide.”

Gazan’s motion referred to the United Nations convention on genocide adopted in 1948, defining genocide as murdering members of a group, causing serious physical or mental harm, attempting to destroy them, imposing measures to prevent births or forcibly transferring children to another group for arbitrary reasons.

READ: The untold story of the Pope’s pilgrimage to Canada

CTV News reported the development from parliament and stated: “More than 150,000 First Nations, Metis and Inuit children were forced to attend these institutions, which the federal government funded and different churches operated for over a century.”

CTV News failed to mention that the highest estimate of 150,000 children in a span of over a century constitutes at most, one-third of the total child population. By 1950 nearly, 90 per cent of officially-designated native children were attending day schools on their home reserve, not residential schools.

In addition, much of the attendance at residential schools was voluntary, as there was more demand than there were schools, with attendance being entirely optional before 1920. And, even when it became compulsory to attend a residential school, it was only mandatory if there was not another school available on the reserve within reasonable walking distance.

Given the fact that not a majority of native children attended the schools, and that a very small percentage died over the decades – which is not to say that the deaths were not tragic in individual cases – it could not be said that a genocide took place, as no intentional mass murder occurred.

Furthermore, native children who did die almost always died due to disease which was exacerbated by poor living conditions, often attributable to a subpar response by the federal government to provide adequate resources when requested.

READ: Jumping to conclusions without the facts in the question of the Indigenous residential schools

It is also impossible that a “cultural genocide” took place, as is often alleged, considering that the ethnic identities of Canada’s first peoples were legally protected, as were their languages and cultural practices, even in residential schools.

Forced sterilization is also a common practice during genocides, something there is no evidence the schools engaged in, especially the Catholic-run schools as contraception and sterilization are not permitted in Catholicism.

While it is true that some students were traumatized by their experience at the schools, this was not a universal experience and is not unique to residential schools, as some students do not adjust well to boarding schools in general.