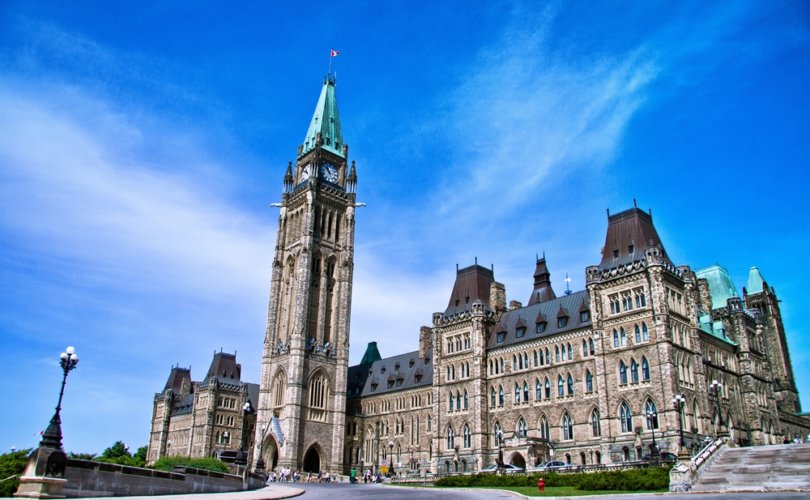 OTTAWA, June 16, 2016 (LifeSiteNews) — After the Senate passed an amended version of the Trudeau government’s controversial euthanasia legislation on Wednesday, the House of Commons today sent the bill back to the Senate for what pundits warn could be a showdown between the appointed second chamber and elected MPs.

Notably rejected was Liberal Independent Senator Serge Joyal’s amendment, described as “gutting” Bill C-14 because it deletes the stipulation that a person’s natural death must be “reasonably foreseeable” in order to be eligible for assisted suicide or euthanasia.

The Senate passed its amended version of Bill C-14 late Wednesday night by a vote of 64 to 12, and one abstention.

Justice Minister Jody Raybould-Wilson made it clear at the start of today’s House of Commons debate that Liberals were sticking to their eligibility criteria.

It is unclear how the Senate will respond. It could reinsert Joyal’s amendment, and send the bill back to the House. However, that amendment originally passed in the Senate by a vote of 41 to 30.

“If the members of the House of Commons should reject our amendments, then we will have further decisions to make,” Liberal Senator James Cowan told the Globe.

If the Senators dig in, Bill C-14 could go back and forth between the two Houses, or could ultimately be defeated, as was the case with Conservative Brian Mulroney government’s abortion bill in 1991, which failed in a tie vote in the Senate.

Indeed, Campaign Life Coalition has urged MPs to defeat the legislation, and Alex Schadenberg, executive director of the Euthanasia Prevention Coalition, has criticized Bill C-14 as so poorly written that it provides “legal cover for murder.”

Echoing this was Alberta Conservative MP Garnett Genuis who told the MPs during Thursday’s debate that among its many problems, the bill’s language was “sloppy,” and terms not defined.

“In my view, in the case with the present legislation, we are better off to defeat it,” he said.

Joyal’s amendment broadened the bill’s eligibility criteria for euthanasia or assisted suicide to individuals who have a “grievous and irremediable medical condition, and after the condition ha[s] begun to cause enduring suffering that is intolerable to the person.”

The senator argued this brought the bill into conformity with the Supreme Court’s Carter decision, which struck down the existing Criminal Code prohibition against assisted suicide and euthanasia as unconstitutional.

The Court ruled in Carter that competent adults with a grievous and irremediable medical condition causing them intolerable suffering could seek assisted  suicide or euthanasia — a ruling that took effect June 6.

But Wilson-Raybould insisted that while Bill C-14 does “not exactly replicate the language of Carter,” it does conform with the Charter.

The Supreme Court was clear in Carter that “it is the role of Parliament to craft a legislative regime,” and that “such a regime will be given a strong degree of deference by the Court,” she said.

She also argued that if the “natural death reasonably foreseeable” criteria was removed from Bill C-14, there would be a “very real possibility that individuals may be motivated to request medical aid in dying for a whole host of reasons” — including psychological distress or mental suffering.

Moreover, the Senate did not introduce safeguards to counteract its widening of the eligibility criteria, Wilson-Raybould said.

Making assisted suicide and euthanasia “available to all Canadians who are suffering” would “alter our societal values and send the wrong message to our most vulnerable Canadians,” such as individuals with disabilities, and would “encourage those in crisis and considering suicide to act,” she said.

But Conservative Genuis pointed out that the justice minister earlier confirmed that “natural death reasonable foreseeable” does “not mean terminal.”

The phrase “reasonably foreseeable” is unclear, he said, adding that the Conservatives had unsuccessfully proposed an amendment to add “imminent” to the bill’s definition of death.

The Liberal government also rejected Conservative Senator Don Plett’s amendment forbidding a person’s beneficiaries from helping that person “self-administer” a prescribed substance to commit suicide, or to sign a request for assisted suicide or euthanasia on the person’s behalf.

The Liberals objected that the amendment “would eliminate from participation the family members or friends most likely to be present ‎at the patient's express wish, and this would violate patient autonomy in a fundamental and inacceptable manner.”

Conservative MP Andrew Scheer criticized the Liberals for rejecting this amendment, referring to the infamous case of Terry Schiavo, an American woman deemed to be in a persistent vegetative state and starved to death at her husband’s request, with her parents unable legally to intervene.

He also expressed his opposition the legalization of euthanasia in general. “It was quite clear that Canadians were comfortable with assisted suicide being illegal.”

But the Supreme Court Carter decision placed this in “Parliament’s lap,” he said, adding that there will be “a lot of consequences coming down the pike in the foreseeable future.”

Genuis also criticized the Liberals for creating an “artificial time crunch” around Bill C-14. The Supreme Court’s June 6 deadline “has come and gone” and provinces have stepped in with regulatory policies for assisted suicide and euthanasia, he said.

“We do not exist in a legislative vacuum at this time,” he said.