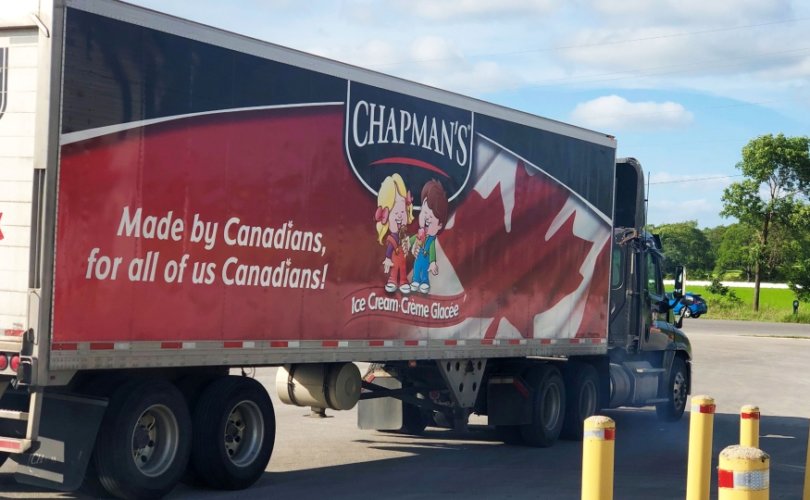 MARKDALE, Ontario (LifeSiteNews) – Vaccine-free employees who chose not to get COVID shots at Chapman’s Ice Cream, one of Canada’s largest ice cream manufacturers, will now have the same pay as those who got the jabs.

The $1 an hour raise for Chapman’s vaccine-free employees comes after the company announced in November that it would only give its fully vaccinated workers a raise.

The pay increase for the jabbed, Chapman’s COO Ashley Chapman said at the time, “was to offset the costs of rapid testing for unvaccinated employees, as those expenses were covered by the company.”

“Since the rapid testing program was modified at the end of the fifth Covid wave, all unvaccinated employees have been given the $1 raise,” she added.

Some, however, said that despite the news of equal pay, they will never again buy the ice cream.

“Thanks to Chapman’s discriminatory policy! Their ice cream will never taste the same. I have moved away from this supplier. I will boycott them all the way,” wrote Twitter user Sharon van Lobb.

Chapman’s came under fire on social media last November after word spread of the salary raise for its vaccinated workers. Many called for a boycott of the ice cream. However, those in favor of the jabs called for Canadians to buy more from the company.

The company never instituted a mandatory jab policy, but instead went the route of paying those with the injections more.

Chapman claims that the company was falsely criticized for treating vaccine-free employees poorly.

“Being accused of segregation, medical fascism and some other insane things that people have been calling us, it just seems sad, to be honest with you,” Chapman said.

However, in November, Chapman’s said the raise for jabbed employees was a reward for having done the “right thing.”

“It just seemed wrong we were spending that for the small amount of people who hadn’t gotten vaccinated,” Chapman said at the time, “when we feel the people who did the right thing should be rewarded. Because it was also a bit of a slap in the face for them.”

While the Canadian federal government imposed draconian vaccine mandates for its federal workers late last year, private companies, such as Chapman’s, were never under such mandates.

Despite this, many large Canadian private companies such as Maple Leaf Foods imposed jab mandates on its employees.

COVID vaccine mandates have split Canadian society. Also, the shots themselves approved for use in Canada have been linked to a multitude of negative and often severe side effects in children.

COVID injections also have connections to cell lines derived from aborted babies. As a result of this, many Catholics and other Christians refuse to take them.