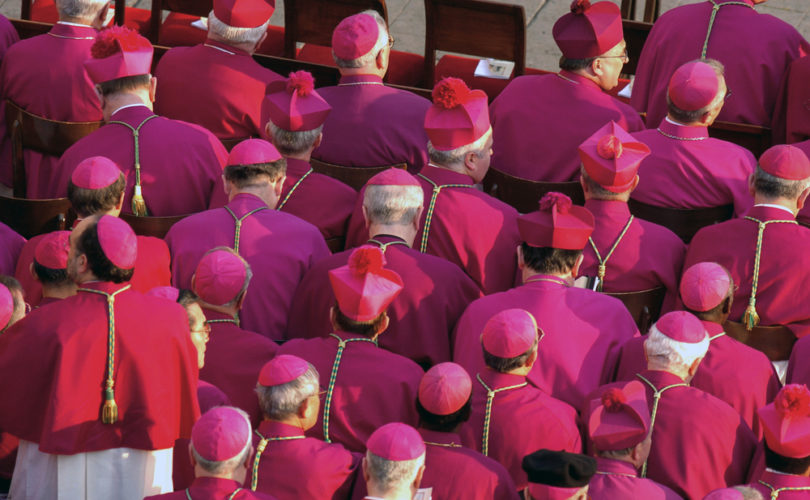 MONTREAL, Quebec, March 25, 2021 (LifeSiteNews) — After the Canadian bishops’ conference ended a number of partnerships established by its charity arm due to moral concerns, the Canadian Jesuits said they are “deeply saddened” by the move, accusing it of being a violation of witnessing the “Good News.”

February 25 saw a joint statement issued by the Canadian Conference of Catholic Bishops (CCCB) and the Canadian Catholic Organization for Development and Peace (CCODP), which is the “official development organization” of the Church in Canada.

After questioning a number of partner organizations of the CCODP about their stance on Catholic moral and social teaching, and whether their actions might “mislead others with respect to the same,” the subsequent report found that 24 organizations demonstrated “a lack of clarification to resolve serious questions regarding support for positions or actions in conflict with the Church’s social and moral teachings.”

All 205 partners were examined, resulting in a shorter list of 63 for further examination.

While they were not named in the statement — for reasons of maintaining their “reputations” and also their “safety” — 24 partnerships were discontinued, and an additional 19 were not renewed, either because they had already ended or were about to end.

Following the review, the CCODP “only has projects with those international partners which CCODP and the CCCB agreed could continue,” and it promised new criteria for selecting partners, all of which would be “clearly informed” of the CCODP’s Catholic ethos.

In the last few days, though, the Jesuit province of Canada has expressed disappointment at the decision to end partnerships.

Noting how they had been “privileged to collaborate with the CCODP in furthering the social mission of the Church,” the Jesuits revealed they were “deeply saddened to learn that so many CCODP partners are losing this vital support from CCODP.”

“We regret that the process to arrive to [sic] this decision was not marked by the transparency and collaboration that the Church knows are key virtues to witnessing to the Good News and to becoming a synodal Church,” continued the statement, signed by Father Erik Oland, the provincial superior for Canada.

While the Canadian bishops had deselected certain organizations, based on concerns about Catholic teaching and how those groups could “mislead others,” the Jesuits appeared to prioritize the organizations themselves, rather than the Church. The decision had “harmed the reputation of some people and organizations,” they declared, which could lead to “widespread and long-term consequences” for the groups.

This in turn would be a “profound loss of the prophetic witness of the Church,” predicted the Jesuits.

In a peculiar re-ordering of priorities, the statement called for an assessment based not on “the Church’s teachings on sexual matters,” but rather “commitment to the core richness of the Church’s social teachings.”

A review which questioned “lay people and the Religious of Canada,” who knew the organizations’ “contexts,” could have led to “more accurate information on the partners,” the Jesuits argued.

The letter closed by expressing the Jesuits’ desire to “work with groups like CCODP in order to be transformed for the Kingdom of God.”

LifeSiteNews reached out to the Canadian Conference of Catholic Bishops, as well as the Jesuits of Canada, for comment on the matter, but did not hear back.

An intervention from the Society of Jesus regarding the CCODP’s partners is not without precedent.

Two years ago, the Canadian Jesuits spoke out in defense of a member of the order in Honduras, after the Canadian bishops discovered that his radio and foundation were promoting pro-abortion views. Father Ismael Moreno, the director of Fundacion ERIC and Radio Progreso in Honduras, was found to have articles on the radio’s website which he admitted were “contrary to official Church Doctrine.”

The Jesuits in Canada were swift to defend Moreno, appealing to the example of Pope Francis, himself a Jesuit, who had “helped the Church articulate a way beyond the impasse of a too narrow understanding of the defence of life.”

Both Fundacion ERIC and Radio Progreso were previous recipients of funds from the CCODP.

LifeSiteNews has been reporting extensively for years on CCODP’s funding of pro-abortion, pro-contraception, and pro-LGBT groups in the developing world. LifeSiteNews broke the news in 2009 that the Catholic aid association was funding pro-abortion groups in Mexico, which prompted the bishops to investigate, and ultimately to establish a standing committee on D&P.