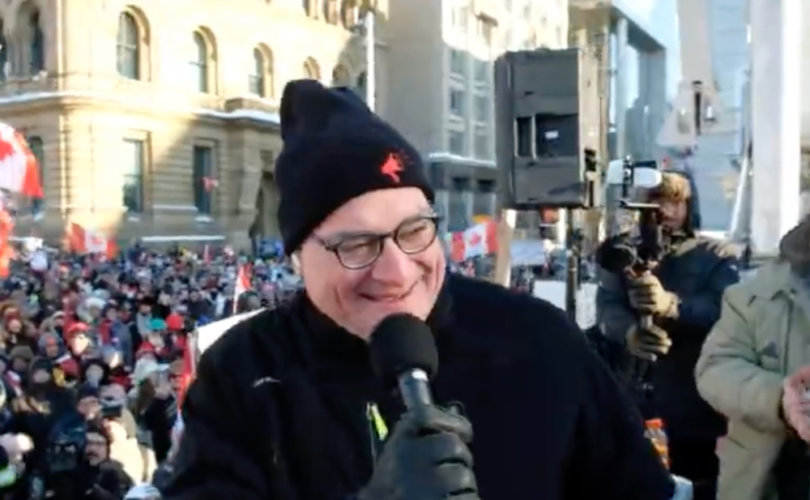 Justice Elizabeth Heneghan wrote in a recent ruling that there is room in Canada “for the expression of opposing points of view,” noting that Rebel News did not ask “to impose its views, but for the opportunity to participate in coverage of matters of importance during a federal election.”

On September 8, 2021, Rebel News was granted an emergency injunction by Heneghan that overturned a ban on the news outlet from the Leaders’ Debates Commission.

In the ruling dated March 7, 2022, Heneghan explained in detail why she granted Rebel News the injunction. The judge said the news outlet was “arbitrarily targeted” among a group of media outlets.

“In my opinion, the Applicant has established a strong prima facie case that it was arbitrarily targeted from the group of accredited media outlets. The record shows that the Commission, in 2021, adopted the CAJ Guidelines,” Heneghan wrote.

“The Commission failed to exercise its independence over the accreditation process and it arbitrary created two classes of applicants for accreditation.”

The Leaders’ Debates Commission was created by the government of Prime Minister Justin Trudeau in 2018 and at the time was tasked with taking over the management of federal election debates from privately run broadcasters.

It was also supposed to be a non-partisan group. However, many of the original appointees, such as Craig Kielburger, who co-founded the scandal-laden We Charity, had at the time ties to the Liberal government.

Heneghan noted that the Leaders’ Debates Commission “is mandated to protect the public interest and this extends to the accreditation process.”

“The independence of the Commission does not relieve it from the obligation to act fairly,” she added.

As reported by Blacklock’s Reporter, the Commission’s executive director is a former CBC reporter and wrote in his affidavit to the court that it was justified to disqualify Rebel News as “the Commission’s mandate is to ensure high journalistic standards for the leaders’ debates.”

Rebel News lawyers wrote to the Federal Court that it does not “accept government money, unlike many of its competitors.”

“It views this as the only way to retain its freedom of expression and strong editorial independence. For this reason, Rebel News is one of the few Canadian media outlets having the power, freedom and will to challenge the views presented in Canada’s legacy media,” Rebel News lawyers wrote.

In 2019, Rebel News won an appeal regarding a blacklist from the Leaders’ Debates Commission.

However, yesterday, Trudeau and his Liberal Party struck a deal with the New Democratic Party (NDP), which in theory could keep Trudeau in power until 2025, which is the latest year by law he has to call an election.