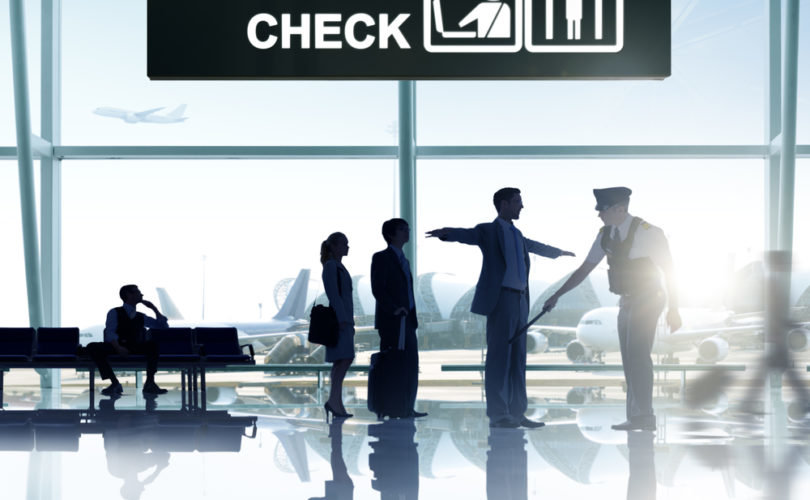 CALGARY, Alberta, January 24, 2018 (LifeSiteNews) ― A judge has ruled that a pro-life group was trespassing when it held demonstrations at an international airport.

On January 17, Justice Alan D. Macleod decided that the Calgary Airport Authority did not violate the rights of the Canadian Centre for Bio-ethical Reform when employees asked the pro-life group to leave the airport.

Macleod stated that the authority “acted in good faith and is seeking to limit demonstrations because it genuinely believes that they are distracting and that some … find the demonstrations distasteful.”

He banned the CCBR from returning to Calgary International Airport.

According to the Calgary Sun, the CCBR had held three “rallies” at the airport between 2011 and 2013. Holding placards that expose the grisly truth about abortion, pro-life educators held their first Calgary International Airport exhibition in August 2011 with the permission of the airport. However, during their second presentation, on October 22, 2011, the airport withdrew its permission. The group was served with a trespassing notice and, when it refused to leave, police were summoned to the scene.

Eight members of the CCRB were subsequently tried in court in July 2013 for trespassing and acquitted. The presiding magistrate, Justice Allan Fradsham, ruled that the right to freedom of expression protected the pro-life educators, and that the Calgary Airport Authority had violated Canada’s Charter of Rights and Freedoms when its employees told the pro-lifers to leave.

“Based on (Supreme Court of Canada case law), the airport attracts Charter protection because it is the type of place that has traditionally served as a public forum,” Fradsham wrote in his decision.

“Airports allow members of the community to meet, congregate and travel to other destinations. The airport is, therefore, the modern equivalent of a city street,” he continued.

Justice Fradsham wrote that areas of the airport such as the “connecting hall, foyer and waiting area” are by nature open to “democratic discourse, truth finding and self-fulfillment.” The location of the defendants’ expression was therefore protected under the Charter.

Subsequently, the CCBR held a third pro-life witness at the airport, and Calgary police refused to interfere.

The Calgary Sun reported that Macleod has overturned Fradsham’s ruling, but a legal representative for the CCBR told LifeSiteNews that he had not.

“The 2013 ruling was made by Judge Fradsham in a different level of court, the Provincial Court of Alberta,” explained constitutional lawyer Carol Crosson via email.

She and CCBR stand by Fradsham’s ruling that airport terminals are public spaces in which the freedom of expression must be honored.

“We believe Judge Fradsham’s decision accorded with the Supreme Court of Canada when it recognized that ‘airport terminals are … extensions of Main Street’ which are conducive to expression,” she wrote.

“Protest is typical at airports around the world, so this is a step backward for the treatment of freedom of expression in that forum.”

Crosson explained further that Justice Macleod based his reasoning on a “unique devolution” of the Calgary Airport Authority, which apparently resulted in a loss of the government’s ability to require the Charter of Rights and Freedoms to apply to the Airport.

“However, even though any step back on the democratic right to freedom of expression is unfortunate, the decision will be extremely limited in its impact due to the uniqueness of the CAA,” the lawyer said.

“The decision provides that the CAA has the discretion to restrict or prohibit protest of any kind if it chooses, based on the fact that Justice Macleod ruled that the CAA is not “government,” so it has no responsibility under the Charter to protect freedom of expression on its premises,” she continued.

Crosson underscored that the CAA had permitted the first CCBR appearance; it did not merely “not intervene,” as the Calgary Sun asserted.

“CCBR is very active and successful in sharing its message all across Canada. Its work will continue to flourish on behalf of the preborn child, this judgment will not affect that,” she concluded.