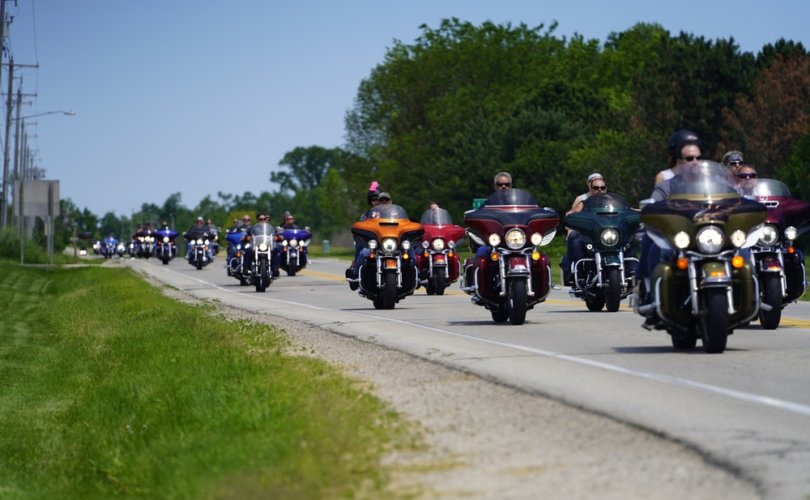 OTTAWA, Ontario (JCCF) –  The Justice Centre for Constitutional Freedoms sent a letter today to the City of Ottawa criticizing the City’s plan to block a planned lawful and peaceful demonstration by Rolling Thunder Ottawa, a group of motorcycle riders and other vehicles, many of whom are veterans, who have planned a motorcycle convoy to arrive in the country’s capital today.

The event’s schedule states that they plan to pay respects at the National War Monument and “leave on routes outside the city” at noon. The schedule includes rallies at Parliament Hill planned for Friday evening and Saturday afternoon.

In response, the City of Ottawa has announced that it will establish a “motor vehicle exclusion zone” in the downtown Ottawa area. Police will prevent “vehicles involved in any event (rally, protest, demonstration)” from entering the zone. In addition, the City states that existing by-laws will be enforced.

The Justice Centre has sent an open letter to the City of Ottawa and the Ottawa Police Service, Ontario Provincial Police, Royal Canadian Mounted Police, and the Parliamentary Protective Services warning that the proposed vehicle exclusion zone is unconstitutional. “City streets are the traditional place for the public to meet and express themselves. This is particularly true for Ottawa, our nation’s capital,” states Justice Centre lawyer Hatim Kheir.

“The City’s exclusion zone seeks to target vehicles associated with the demonstration and prevents them from assembling. This is especially egregious because it reflects a deliberate intention on the part of the City to infringe on the right to peaceful assembly,” continues Mr. Kheir. “Worse still, the exclusion zone is not found in any by-law. Ottawa is attempting to do this by executive power. The Charter of Rights and Freedoms requires that limitations on Canadians’ rights be written down in law. There is no such law authorizing the exclusion zone.”

According to a statement on the Rolling Thunder website, the organizers are encouraging “all participants of Rolling Thunder Ottawa to follow all legislation including the Highway Traffic Act and the Criminal Code of Canada” and have told participants to remain peaceful at all times.

“While the police are permitted – and indeed, duty bound – to enforce existing laws, the City is attempting to declare illegal what is otherwise a completely legitimate and Charter-protected exercise of free expression and peaceful assembly,” concludes Mr. Kheir.