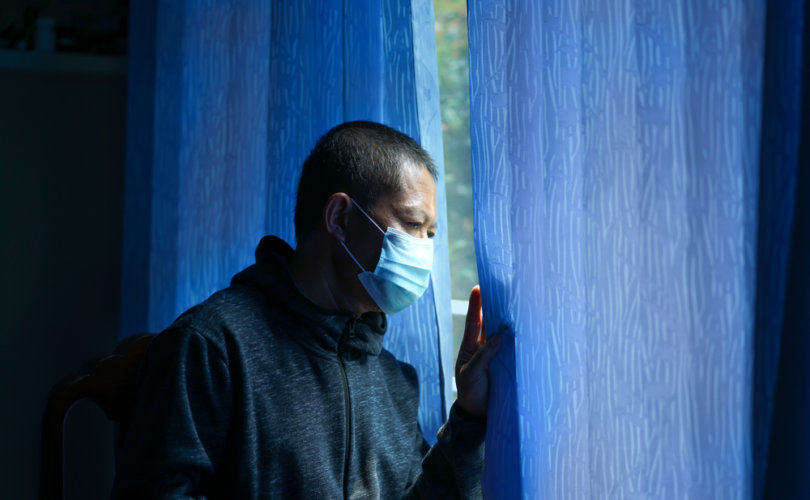 CALGARY, Alberta, February 16, 2021 (LifeSiteNews) — One of Canada’s leading freedom rights organizations will be taking legal action against the federal government over new COVID-19 travel rules. The Justice Centre for Constitutional Freedoms (JCCF) condemned the new rules, saying they will “forcibly confine” people to a hotel stay upon arrival into Canada.

“Quarantine, particularly of healthy or asymptomatic individuals, is the functional equivalent of house arrest and the Justice Centre will not allow it to continue unchallenged,” stated JCCF President John Carpay in a news release sent out last Friday.

“These citizens are being held unlawfully despite not having been convicted of any offence, not having had access to a lawyer, and not having appeared before a judge. Law enforcement officers are apparently refusing to inform family members of where their loved ones are being held. This outrageous policy aligns with the world’s most repressive and undemocratic regimes and is totally unacceptable.”

The JCCF says that its legal action, which is currently being finalized, will be taken against the Liberal government under Prime Minister Justin Trudeau “on or before Wednesday, February 17.”

Returning Canadian travelers are currently being forced to stay in “quarantine hotels.” This is the main driver behind the JCCF’s legal action.

The forced quarantine in Calgary a few weeks ago of Nikki Mathis, who returned to Canada from the U.S., made headlines globally for its apparent violation of her constitutional rights.

Mathis had a negative COVID test, which is needed to enter Canada, but was forced into a hotel quarantine site without being told the location of the facility, because her COVID test was not the correct kind demanded by Canadian authorities.

Last week, Trudeau claimed that his government was not “detaining people” and that federal quarantine facilities were “medically based isolations.”

Trudeau’s claim comes despite the fact that many who have been forced to attend such sites have said they felt like prisoners at the COVID-19 quarantine sites.

“I feel like a prisoner in here, you know,” said Angelo Vanegas about his mandatory 14-day quarantine in Calgary, according to a CBC report.

Vanegas said that he went long periods without food, was stuck in a small room, and had to “beg” to get his medical needs addressed.

The new legal action announced last Friday comes after the JCCF first said in January it would sue in federal court if the government went ahead with its planned “mandatory quarantine imposed on Canadians.” The isolation can take up to 14 days “at secret locations.”

In early January, the Canadian federal government enacted new rules which required all air travelers coming into Canada to present a negative PCR or LAMP COVID-19 test to their airline before being allowed to board their flight. Rapid type tests, which Mathis had procured in the U.S., are not considered acceptable.

If a negative test result comes in during the three-day forced stay, a person is then allowed to quarantine at home for 14 days. Only four airports in Canada, those being Vancouver, Calgary, Toronto, and Montreal, currently service international flights.

News of the new restrictions prompted a backlash which forced the Trudeau government to delay full implementation of the new rules, however.

Last Friday, Trudeau announced new restrictions for those entering Canada by air and land. The new rules mandate that travelers take a “COVID-19 molecular test when they arrive in Canada before exiting the airport, and another toward the end of their 14-day quarantine period.”

Despite manifold concerns regarding the forced quarantine sites, the Canadian government said that all air travelers are required to “reserve, prior to departure to Canada, a 3-night stay in a government-authorized hotel.”

Bookings will begin February 18, and all travelers must submit their “travel and contact information, including a suitable quarantine plan, electronically,” through the via ArriveCAN app “before crossing the border or boarding a flight.”

The JCCF says that its new legal action will include an affidavit from Steven Duesing, an Ontario resident who was retained by the Justice Centre “after being forcibly detained for three days in a Toronto Raddison Hotel.”

JCCF lawyer Sayeh Hassan noted in the press release that Canada’s charter of rights and freedoms guarantees the “fundamental right to enter and leave Canada.”

“Prime Minister Trudeau has made special exceptions for Olympic athletes and their support teams yet would deny Canadian citizens the right to return to their home because they do not have the specific test the government mandates, a PCR test,” notes Hassan.

Currently, the Canadian federal government has a total of 11 official COVID-19 quarantine sites located in nine cities across the country. These sites are designated for those whose official quarantine plans are rejected by the government, or who were deemed to have an “invalid” COVID-19 test when they returned to Canada.

Although the exact locations of the quarantine facilities have not been revealed, a website has been created listing the locations of known sites.

In their press release, the JCCF noted that it currently represents 13 people “in the comprehensive new lawsuit underway,” and that more will be added.