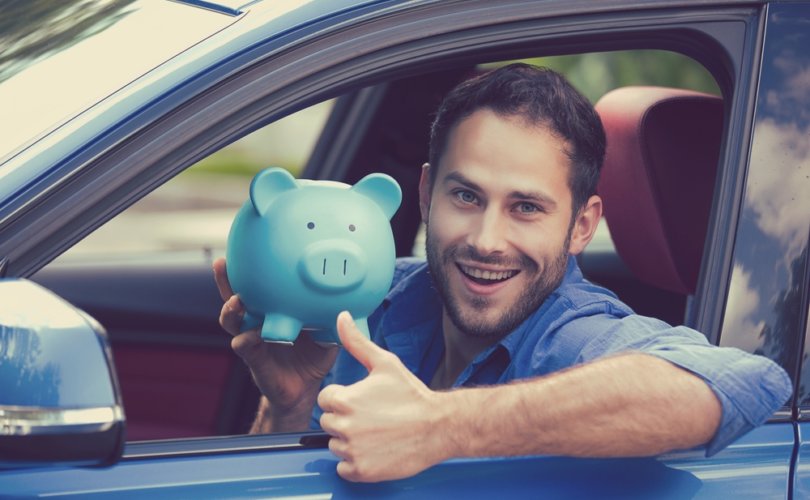 ALBERTA, July 30, 2018 (LifeSiteNews) – An anonymous car shopper in Alberta known only as “David” isn’t transgendered, but pretending to be helped him save a lot of money on his car insurance.

Earlier this month CBC News spoke with David, who explained how he came up with the idea while shopping for a new Chevrolet Cruze. His insurance company told him it would come with a premium of about $4,500 per year due to previous tickets and a collision. If he was a woman, he learned, that cost would only be $3,400.

“I was pretty angry about that. And I didn't feel like getting screwed over any more,” said David, who was 23 at the time. “So I asked them to change my gender on my auto policy, and she's like, we can't do that.”

So David told his doctor “I’d like to identify as a woman.” The doctor wrote him a note confirming his decision, which he then submitted to Alberta’s provincial government (which has since made it even easier to legally change genders). A few weeks later, it sent him a new, female birth certificate.

“I was quite shocked, but I was also relieved,” said David, who wound up getting the lower premium and saving approximately $91 per month. “I felt like I beat the system. I felt like I won.”

David stressed that the stunt was neither a political statement nor an expression of gender confusion; it was solely to take “advantage of a loophole.”

Insurance Bureau of Canada spokesman Steve Kee frowns upon such incidents, warning that it constitutes “making a fraudulent claim” and “could impact you for any future insurance application that you make, or any other aspect of your life.” That’s why David has chosen not to share his real name while telling his story.

Car insurance tends to be more expensive for men because women are less likely to have car accidents, get speeding tickets, or be arrested for drunk driving, Esurance explains. Regardless, the Court of Justice of the European Union (CJEU) ruled in 2011 that charging the different sexes different premiums is a form of discrimination.

The Daily Wire notes that the story has offended pro-LGBT activists such as former Trans Alliance Society chair Marie Little, who complained that it “casts doubt on everybody else's motives for making those changes.”

“Whether he says, 'I didn't mean to do harm to the trans community,' is irrelevant because the impact is very real to a community that is already quite vulnerable,” Marni Panas, a “trans woman,” told CBC News.

Critics quoted by the CBC did not explain how exactly it harmed gender-confused individuals, however, nor did they address the fact that David’s stunt was only possible thanks to rules that deny gender has any objective, externally-verifiable standard.