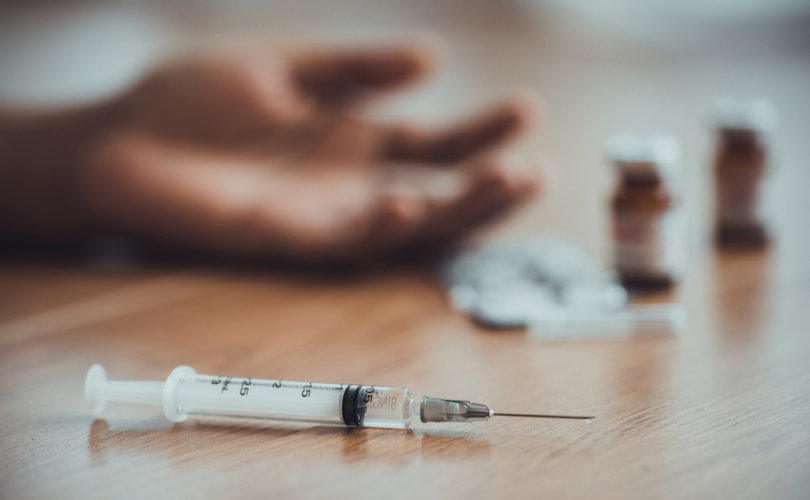 VANCOUVER, B.C. (LifeSiteNews) — With the province of British Columbia’s decriminalization of hard drugs policy set to go into effect at month’s end, a Canadian man has said he is seeking to open a store in the city of Vancouver that would sell highly addictive substances including meth, heroin, and crack cocaine.

According to a report by Vice News, Canadian resident Jerry Martin, 51, is looking to open an establishment aptly named the “Drugs Store,” with the intention of providing people with “reliable access to safe tested drugs, harm reduction supplies such as unused sterile needles, pipes, etc., and educational information.”

Martin’s store would sell 2.5-gram quantities of drugs — the maximum one can legally possess once B.C.’s policy goes into effect — and all staff would wear bullet-proof vests and face masks for security purposes.

However, even with the permissiveness of the forthcoming law, Martin’s plan is likely to face legal issues.

While B.C. did receive approval in May 2021 from Prime Minister Justin Trudeau’s federal government to allow people within the province to possess up to 2.5 grams of hard drugs without criminal penalty, selling drugs will remain a crime.

B.C.’s controversial plan to decriminalize drugs — an exemption allowed by Health Canada under the Controlled Drugs and Substances Act  — comes amid record-breaking overdose deaths in the province.

According to the provincial government, “decriminalization of people who possess illegal drugs for personal use is a critical step in B.C.’s fight against the toxic drug crisis.”

In Vancouver specifically, drug-related crime is at an all-time high.

As for Martin, the issue of legality may be of lesser importance to his mission, with his lawyer, Paul Lewin, writing to Vice News that “If Mr. Martin is charged with selling controlled substances, it is his intention to challenge the constitutionality of those laws.”

In fact, Martin has a history of flouting laws surrounding the selling of drugs, having been previously arrested and raided by the Royal Canadian Mounted Police (RCMP) for running an unsanctioned cannabis dispensary in 2016.

Vancouver itself also has a history of ignoring the sale of illegal drugs via storefronts, meaning Martin’s plan may indeed become a reality.

While activists have long been seeking the decriminalization of drugs nationwide, in June of last year a bill put forth by the New Democratic Party (NDP) seeking to make that situation a reality was handily defeated in a 248-71 vote.

The bill failed after many Liberal MPs joined Conservative MPs in opposing the measure, with the vote taking place just one day after the Trudeau government announced B.C.’s forthcoming policy.